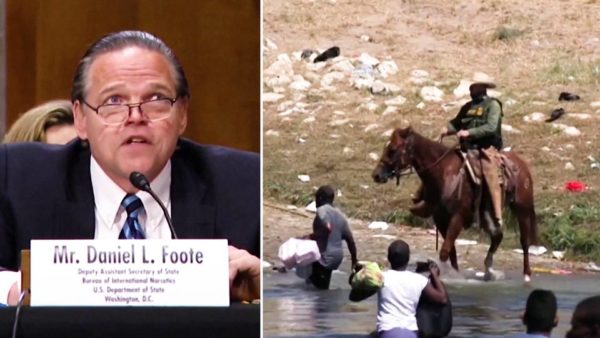 HAVANA TIMES – The US special envoy to Haiti has resigned in protest over the Biden administration’s policies. In a letter, the longtime diplomat Daniel Foote wrote, “I will not be associated with the United States’ inhumane, counterproductive decision to deport thousands of Haitian refugees.” Foote also criticized the Biden administration for meddling in Haiti’s political affairs, including its support for Ariel Henry as prime minister following the assassination of Haitian President Jovenel Moïse in July. Foote wrote, “This cycle of international political interventions in Haiti has consistently produced catastrophic results.”

Foote’s resignation came just days after U.S. Border Patrol agents on horseback were filmed chasing, grabbing and whipping Haitian asylum seekers who had gathered in a makeshift camp in Del Rio, Texas. On Thursday, the Department of Homeland Security banned the use of horses in the area, but deportations are continuing despite growing criticism from human rights advocates. The New York Times reports the Biden administration has now deported nearly 2,000 Haitians since last week. About 3,000 Haitians remain in the makeshift camps in Del Rio, while thousands of others have been allowed to stay in the U.S.