HAVANA TIMES – The United States has stepped up its pressure campaign against Venezuelan President Nicolas Maduro, slapping sanctions Tuesday on Russia’s Rosneft Trading and the company’s president over its links to the Venezuelan government and its oil sector.

Rosneft Trading is a subsidiary of Rosneft Oil Company that the Trump administration says is lifeline for the Maduro government. All property and interests in the property of Rosneft Trading are blocked, under the order from the US Treasury Department.

The US warned companies of trying to evade the sanctions and gave them 90 days to close down their transactions with Rosneft.

“Rosneft Trading S.A. and its president brokered the sale and transport of Venezuelan crude oil,” Treasury Secretary Steven Mnuchin said in a statement. “The United States is determined to prevent the looting of Venezuela’s oil assets by the corrupt Maduro regime.”

“The action freezes any U.S.-held assets of the Geneva-based trading unit of the Russian oil giant and its chairman of the board of directors and president, Didier Casimiro,” noted the New York Times.

US officials described the sanctions on the firm and president Didier Casimiro as a warning to other companies not to attempt to skirt Washington’s sanctions the Maduro regime. 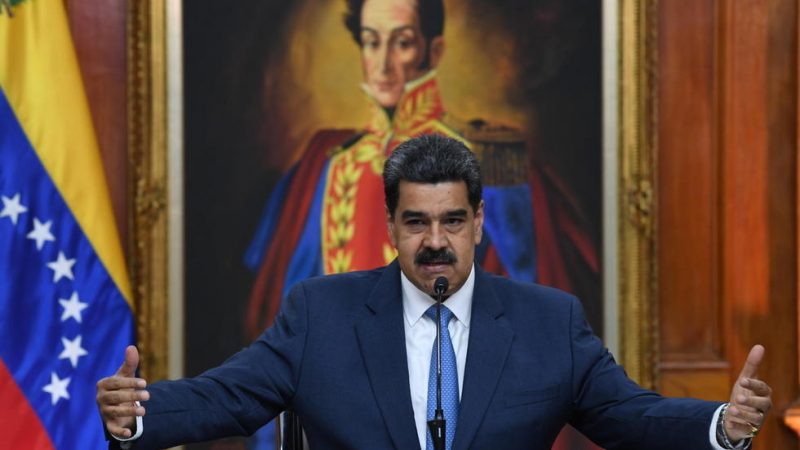 Officials said the so-called maximum pressure campaign was at about half of its potential strength.

Washington and dozens of other Latin American and European nations recognize opposition leader Juan Guaido as the country’s legitimate president.

The collapsed economy and repression of all opposition has led well over four million Venezuelans, over 10% of the total population, to abandon the country in recent years.

However, Maduro still has strong support from his countries armed forces, from Cuba and his chief creditors, Russia and China. He has repeatedly said the US is preparing to invade Venezuela to steal its oil and mineral reserves.

Iran, Nicaragua, Turkey and several Caribbean nations are also supporting Maduro in his tug-of-war with the United States.