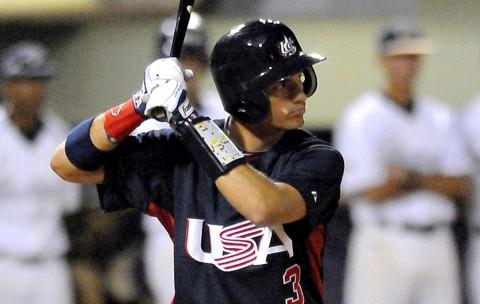 Among those named is the Chicago Cubs outfielder Albert Almora, one of the top prospects of the organization, ranked # 49 in the ranking of the top 100 prospects MLB announced this year. The roster also includes pitcher Aaron Blair of the Arizona Diamondbacks, a young prospect who was recently promoted to Triple-A, after being selected 36th in the 2013 amateur draft.

The Team USA manager is Jim Tracy, who will be accompanied by coach Marcel Lachemann, hitting coach Ernie Young, and assistants Jim Lett and Roly de Armas. Tracy, has 856 wins and 11 years of experience at the Major League level.

The USA, which is scheduled to play its first game in the tournament facing Puerto Rico on Saturday  July 11th, is seeking its first Pan American tournament title since 1967, in Winnipeg, Canada.

Cuba is set to open also on July 11th vs. Colombia.  The two long time rivals, USA and Cuba, will face each other in the qualifying round on Sunday July 12th. The other teams in the tournament are the Dominican Republica, Canada and Nicaragua

Here is the roster: