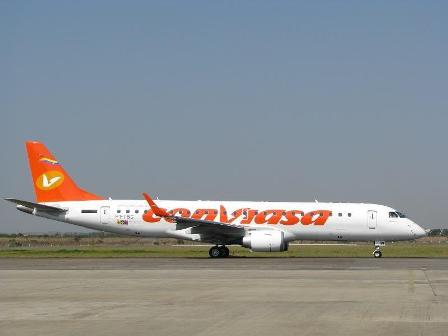 HAVANA TIMES – The Venezuelan government said on Monday that it plans to file a lawsuit with the International Court of Justice (ICJ) in response to Washington’s decision to impose sanctions on state-owned airline Conviasa.

“We are going to seek international justice with a lawsuit against the government of [US President] Donald Trump,” Venezuela’s embattled president Nicolas Maduro told supporters in Caracas.

US Treasury Secretary Steve Mnuchin justified last week’s decision by saying that the “illegitimate Maduro regime” uses the airline “to shuttle corrupt regime officials around the world to fuel support for its anti-democratic efforts.”

The US is among some 50 nations that have recognized Guaido as Venezuela’s interim president since January 2019, when he declared himself the legitimate head of government and launched efforts to oust Maduro.

During a meeting with his European allies in Brussels last month, Guaido called on the international community to ratchet up sanctions on Venezuela in a further effort to push Maduro out of office.

He also called for aid for the millions of Venezuelans displaced in neighbouring Latin American countries.

Maduro won a second term in a controversial election in 2018. He has presided over an economic meltdown that has seen the number of Venezuelans living abroad to 4.8 million, according to United Nations figures.

In a report released in July, the ICJ described how the rule of law in Venezuela had crumbled since the 2018 election and urged authorities in the country to restore democratic institutions.