To nine destinations but Havana not yet included 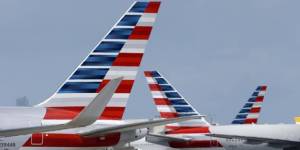 HAVANA TIMES – Six US airlines received authorization today from the US government to begin offering this fall direct commercial flights between the US and Cuba, the first in over 50 years.

“Last year, President Obama said it was time to ‘start a new journey’ with the Cuban people,” recalled the Secretary of Transportation, Anthony Foxx. “Today, we fulfill this promise re-launching regular air service to Cuba after more than half a century.”

American Airlines, Frontier Airlines, JetBlue Airways, Silver Airways, Southwest Airlines and Sun Country Airlines are the airlines that have received a green light from the US Department of Transportation for flying to Cuba.

The agreement reached in February between Washington and Havana to resume direct commercial flights will allow each country to operate up to ten daily flights back and forth between the United States and each of the nine Cuban airports.

The Obama administration will announce this summer which airlines can fly to Havana and how often.

“The news today is historic in many ways, especially for families, for the first time in generations, may have an award-winning and affordable air travel to visit their loved ones” on the island, said Robin Hayes, president of JetBlue, one of the selected carriers.

The US Department of Transportation received applications from 13 airlines to offer direct commercial flights to the island. The number of applications is greater than the number of frequencies that will ultimately be approved.

Most airlines will start their services in the fall or winter 2016-2017, although companies like JetBlue will begin selling tickets this summer.

Despite the resumption of direct commercial flights, US citizens are still prohibited by the embargo from carrying out tourism in Cuba; thus the number that will be allowed to travel to the island will remain a limited number of people under the dozen categories permitted under “people to people” travel.

Cuban-Americans can travel to Cuba to see their relatives without restrictions since 2009. In 2011 trips were extended to a limited number of other US citizens as relatives, journalists, and government officials, religious and humanitarian workers and people on organized people-to-people packages.

Currently travelers can fly from the US to Cuba on charter services or through third countries. Charter flights between the US and Cuba will continue once the direct commercial services are resumed. Prices are expected to drop with the new competition.