HAVANA TIMES – Written in pink on what was once a white wall are the words, “FEMINIST REVOLUTION”. It’s hard to see them due to the wall’s deterioration. Just below, in blue, can be seen the words “APRIL 19”, “The Minuscules”, “DANIEL GET OUT”. And very faintly, off to the side, the beginning of a biblical quote: Mateo 5:6-11, “Blessed are those who hunger and thirst for righteousness, for they shall be filled”.

These are just a few of the hundreds of painted messages on walls throughout Nicaragua. Since April 18, 2018, when most Nicaraguans witnessed the Ortega-Murillo regime’s repression, protests have taken place not only in the streets but on the walls as well. The Instagram account, “The Walls Also Shout” (In Spanish: Las paredes también gritan), provide a small sampling of the discontent.

This is the first photograph of more than 200 reflecting graffiti, stencils or simple wall paintings throughout Nicaragua, and other countries as well. The account is managed by two people; one of them works in communication and is a feminist who loves photography, writing, art and design. The other is a communication student who is also passionate about photography and the arts.

Both prefer to remain anonymous due to the danger of being visible these days. Persecution and harassment are carried out not only by the regime and its police force, but also by its supporters and fanatics. When the protests first erupted in April of 2018, both of them took to the streets of their own Accord; but now that the regime has prohibited all forms of public demonstration, they’ve had to limit their protesting to the world of social media. 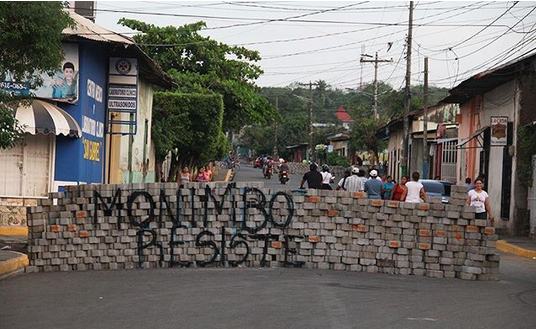 “We’ve designed stencils, we’ve painted, and we’ve taken photos of our work. It’s all related to the stages of the crisis we’ve lived through. For example, beginning in April 2018 we painted alongside other people. Then we decided to create our online site. And then we began photographing the work of others in addition to our own,” the creators of Nicaraguan Walls tell us (Paredes nicas in Spanish).

One year of publishing wall graffiti

On August 11, 2019, the two Instagram account creators celebrated one year of publishing photos of wall paintings. They’ve tried to maintain a constant rhythm by publishing every other day. “We try to create our social media content calendar during the weekends so that our site has the best presentation possible and coincides with important dates of the April Revolution. We generally program the publications for the whole week, which means we don’t have to take too much time away from our classes or daily work,” they said. 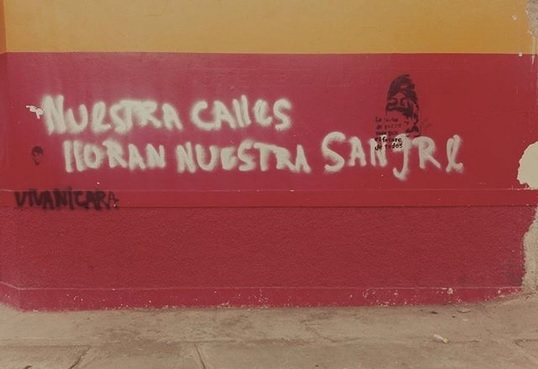 Both creators recognize the historic value of this project and all that it will signify a few years down the road. “This multi-generational bank of national and international images has helped us channel our energies and the responsibilities we’ve faced as a result of the crisis and repression throughout this past year. Despite everything, we’ve been able to maintain resistance through this mechanism,” they said.

For these women, the walls have never fallen silent. According to them, “they never will (fall silent); and we hope that with appropriate security measures and awareness, the people can continue to make use of public spaces.” The expectation of these communications professionals and lovers of the arts is that one day they might present this project in a physical space such as an exposition or a presentation. “We believe that the walls represent an important front within the civic resistance movement, currently experiencing so much silence and repression.” 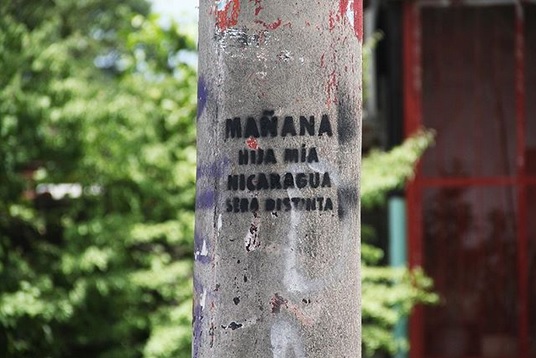