HAVANA TIMES – In Nicaragua, political persecution and human rights violations have been driving a new large-scale displacement, the UN High Commissioner for Refugees (UNHCR) has denounced.

In their most recent report, titled “Displacement in Central America”, the UNHCR reveals that 80,000 Nicaraguans have requested asylum or refugee status in countries around the world.

The principal factor driving the forced displacement of Nicaraguans, according to the report, is the socio-political crisis in Nicaragua which began in April 2018. This crisis has caused thousands to make the decision to flee the violence and human rights violations and to seek a secure refuge.

In the testimonies gathered by the UNHCR during their campaign “With love from Central America”, a Nicaraguan speaks of the difficulties he faced while fleeing from the persecution he suffered in Nicaragua for participating in the anti-government protests of 2018. 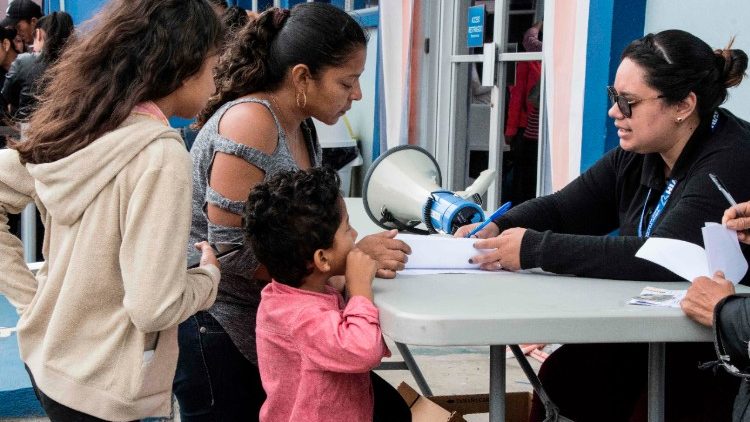 Enrique, the pseudonym the UNHCR gave this 69-year-old Nicaraguan, declared that he was abducted by a group of armed pro-government civilians. He accuses them of torturing him before setting him free.

This Nicaraguan had to cross rivers and jungles in the extreme heat, hiding himself among sacks of different products, in order to find refuge in Costa Rica and leave behind the persecution he had been subjected to for participating in the anti-government protests, according to his affidavit.

The main countries where Nicaraguans have sought refuge are Costa Rica, Panama, Mexico and the United States, according to the UNHCR report.

In a year of crisis, they state, Costa Rica received more than 33,000 requests for refuge or asylum.  However, the number of requests greatly overwhelmed their capacity to receive and process these claims; there remain some 28,095 Nicaraguans who are still waiting for their requests to be formally resolved by the Costa Rican authorities.

Enrique’s family is one of the fortunate ones: they have currently been reunited, according to the UNHCR report, since the Nicaraguan wouldn’t give up until he had brought his wife, his two daughters and a grandchild to Costa Rica.

Enrique and his family face economic problems, since they’re surviving only from temporary, informal employment. Nevertheless, they declare that they’re grateful to be “together and in safety”.

UNHCR warns that if the socio-political crisis in Nicaragua “degenerates” the additional influx of Nicaraguans seeking refugee status in countries such as Costa Rica, Mexico, Guatemala and Panama “could significantly destabilize the region”.

The UN body charged with overseeing the refugee situation worldwide, estimated that 2019 could bring a new quantity of 20,000 to 25,000 asylum seekers from Nicaragua, principally in Costa Rica.

Added to the pressure generated in the region by the displacement of Nicaraguans, the number of people from El Salvador, Guatemala and Honduras seeking safe haven anywhere in the world grew by more than 20% in 2018, as a product of socio-economic instability, poverty, gang violence, threats, extortion, gang recruitment, prostitution, or sexual or gender-based violence.

In general, over 430,000 people from Nicaragua and Central America have been uprooted from their homes, according to the international agency.

The countries and communities that receive them, such as Belize, Costa Rica, El Salvador, Guatemala, Honduras, Mexico and Panama have been doing everything possible to welcome the more than 128,000 people forced to flee in 2018 alone, the report specifies.

However, the UNHCR notes that this “constant increase of people in search of a safe haven is overstretching their hosts’ capacity to cope, straining limited services that also serve the local population.”

The United Nations High Commissioner for Refugees also estimates that deportations could rise to 250,000 in 2019; of these, at least 12,000 people would need protection upon their return.