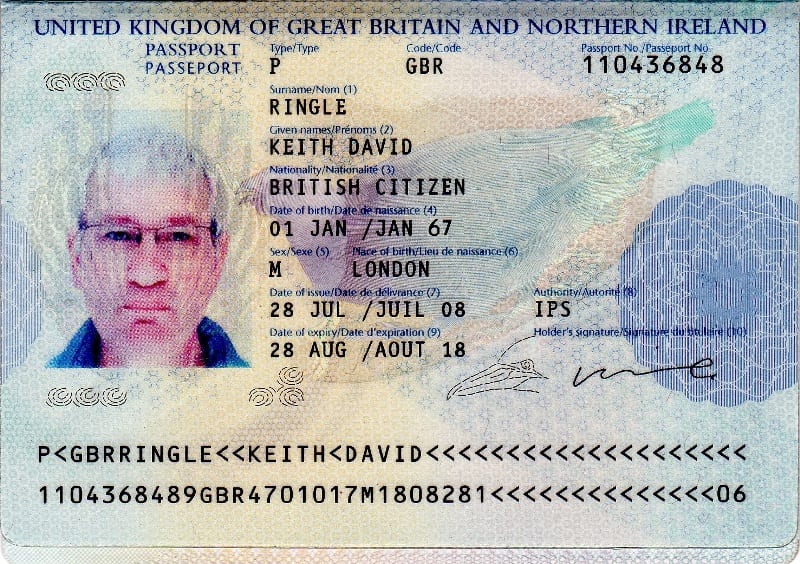 HAVANA TIMES — On February 22, when I checked my cuba.cu inbox, I came across one of those automatically-generated and unwanted messages one gets without knowing where it came from and why one was chosen as addressee. I generally erase these spam messages, but, sometimes, curiosity gets the better of me. In the message, I was asked to aid in the delivery of an important monetary donation aimed at Cuban children. It was the introduction to a curiously designed scam.

The message was signed by “Mr. Ringle K. David,” who described himself thusly: “I suffer from a congenital heart condition. Now 59, I could die at any moment and would leave behind a fortune of more than 4 million pounds in England, a sum I would like to donate to Cuban children through you.”

After going on about the evil inherent to human beings, he concluded by saying he knew there were good people out there and that I was one them, adding that 40% of the sum in his bank account would go to me.

The two steps to set up the scam had been taken:

On Wednesday, February 24, I sent out my first reply, accepting the philanthropic proposal, but making a number of incisive questions: “Why did you choose me and how did you know how to reach me? As this is a work of charity, I require no money, only the minimum needed to carry out the mission.” I offered them the option of turning to the Catholic Church or Cuba’s representatives at UNICEF, who could receive the “donation.”

The next day, I received a reply from Birmingham, with the following heading:

The new fellow, perhaps the same fellow impersonating another man, made the following proposal:

“British law imposes restrictions on a direct transfer to Cuba. You must open a new account under your name in our bank here. Then, we will be able to transfer K. David’s funds. We await your response in connection with this arrangement.”

Almost immediately, Mr. Ringle, supposedly hospitalized in New York, sent me a photocopy of his passport, requesting my personal information.

We moved on to the next phase of the scam:

Malcolm Brookes, the alleged bank wire manager, goes right to the point: “You must send us 500 £ in order to open the account and so we may proceed to fulfil Mr. David’s wishes. Once you have done this, you will be able to withdraw the money as you wish.”

I replied: “Logic dictates that, as we are dealing with millions of pounds, I should sign a number of important documents, which is complicated in Cuba.”

Malcolm replied: “Not at all, it does not require your presence in the United Kingdom. You need only open the account and we’ll make the transfer to your name.”

I convey my doubts to Mr. Rigle, copying and pasting parts of the messages from the Al Rayan Bank. He insisted: “The money needed to open your account cannot be taken directly from my funds. If I am willing to transfer such a large sum to you, it should not be a problem for you to send the 500 pounds requested to the bank.”

And again with the 500 pounds! If the donor is actually interested in carrying out such a large monetary transaction, depositing 500 pounds in an account should not be much of a problem. Anyone close to this person could do it without implicating the bank.

The scam has reached the decisive stage:

The only problem is that Mr. Ringle Keith David seems to be unaware of the realities of socialist Cuba. He knew I was a history and philosophy professor and that I practice journalism professionally. He thought I might have the requested sum at hand. False, Cuban professionals are far from having that many dollars or pounds in our pockets.

There was another thing he didn’t know. Cuba’s banking system, a State monopoly, isn’t designed so citizens can transfer hard currency abroad. Like a giant funnel, it is designed to take in anything coming from abroad.

Even if I’d fallen in to the trap, the rules of the authoritarian State would have saved me from the scam.

2 thoughts on “A Cuban’s Immunity to Internet Scams”