On how capitalists and governments take advantage of the World Cup 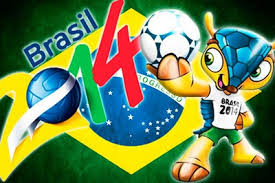 HAVANA TIMES — I am not an expert on soccer or any other sport and, like most Cubans from my generation, I am a baseball aficionado (which doesn’t mean I am not enjoying the good soccer games we’ve been seeing in the World Cup held in Brazil this year).

I very much enjoyed the match between Brazil and Mexico, two Latin American countries whose culture and traditions – particularly their music – I admire, a match that ended with a 0 to 0 tie.

The remarks I am now typing are not aimed at soccer as a sport, but at some of the “side effects” of its industry.

I’ve noticed, for instance, how this global sporting and commercial phenomenon displaces all other developments covered by the international media, particularly news programs on television, taking precedence over news and information about events as important as the offensive of Islamic extremists in Iraq or the re-election of Colombian President Santos, who is negotiating a truce with the country’s guerrillas.

These two phenomena, whichever direction they evolve in, are going to have very significant political, economic and social consequences for nearby regions and could prompt or alleviate current and complicated international conflicts, as anyone who follows global developments can immediately attest to.

The way in which the soccer fans from nearly all of the countries participating in the World Cup expect their teams to win, knowing that they are way beneath their rivals in skill, is a telling symptom. It is like an illness that clouds people’s judgment. Those in power take advantage of the World Cup to exploit the nationalist sentiments that are sparked off at every match, no matter whether the nation’s team wins or loses.

Thus, all of the beauty and joy of the World Cup drowns out and cloaks the massive protest that many Brazilians are staging in response to the exorbitant spending and investments made by the State to make this sporting event possible, in the midst of the abject poverty that still prevails at favelas and the countryside of this sister nation.

One has to see how the World Cup is exploited commercially to believe it! The sale of jerseys, posters, tags, flags, imitation jewelry, television sets, whistles and rattles exceeds all imaginable expectations. It is true commercial feast, dwarfing Christmas and New Year’s in many respects.

Deals on mid-sized television sets, low-price cable and satellite programming, cutting-edge cell phones and tablets, as well as apps that allow one to follow every single detail of the Cup, have caught my attention especially.

A clerk at a store told me that many stores at several Latin American countries sell modern, 32-inch television sets on relatively affordable monthly installment plans, knowing that many customers may not be able to pay the other installments and will ultimately return the televisions.

I cannot help but bring to mind Chapter 27 of Volume 3 of Marx’s Capital, “The Role of Credit in the Capitalist Economy”, a chapter I recommend to anyone interested in looking at this issue more in depth.

Immediately, the clerk said to me that, owing to the low manufacturing costs of modern technology, the store ultimately ends up winning, even if only half the customers end up paying for their sets in full. He added that the manufacturers of these technologies are in some way partners of the major cable and satellite television chains, whose chief profits come from commercials that bring in billions.

The largest profits, thus, aren’t made through the sale of low-cost appliances, but from commercials.

Significantly, new technologies aren’t only allowing for a more efficient broadcasting of all the Cup’s games. They are also being employed to capture details and penalties that even the most attentive referee would have difficulties detecting, such as whether the ball entered the goal area or not, if the way a player ran into another constitutes a foul or penalty, if the ball went outside the game area, and so on and so forth. This information contributes to perfecting the rules and the sport itself.

Something that speaks to the internationalization of high-performance professional sports is the fact that, now, players from the same professional clubs made up by citizens from different countries, face one another as rivals as representatives of their country of origin. This, I’ve seen, contributes to the mutual respect players have and to a kind of fraternization out in the field.

What about Cuba? The government, fearful that new technologies could serve the interests of its adversaries, have found a way to use them in order to cleverly channel the youthful enthusiasm soccer awakens and turn people’s attention away from the serious problems we face.

In Havana, three major cinemas have been equipped with gigantic television screens where the main matches can be followed live, at prices that allows the State to collect several million pesos and try to maintain the financial balance of Cuba’s unbalanced economy.

In short, soccer can be used for anything, and it’s the same the whole world over.
—–
[email protected]