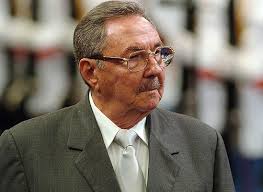 HAVANA TIMES — After the aggressive and abrasive Felipe Perez Roque was defenestrated years ago and the charismatic young leader Robertico Robaina also got the whip before him, it looked as though the rather dubious and makeshift figure of the current foreign minister Bruno Rodriguez, coupled with a president with little experience in international relations, would spell the end of Cuban diplomacy. The truth, however, has been nothing but, as Raul Castro has evinced the skills, or at least the results, of a great diplomat.

Relations with Russia, on the brink of collapse following Putin’s visit during his first presidential term, were definitively restored and significantly improved.

Overcoming long-standing prejudices, Cuba was unanimously accepted by the Latin American community and was even pardoned by the OAS.

Europe went from a policy of applying pressures, stemming from the sudden and unjustifiable imprisonment of the so-called 75 (prisoners of conscience), to a stance of trying to please Cuba in its demands.

The Catholic Church sent over three pontiffs, more than it did in twenty years (including the upcoming visit of Pope Francis), faced with a pagan island of dubious religious affiliations, whose leaders have been confessed atheists for half a century.

Finally, 18 months of secret conversations brought about the re-establishment of diplomatic relations with Yankee imperialism, promising a long and complicated process which is nonetheless aimed at the “normalization” of relations between the two countries.

Need one say more? Has anyone else obtained anything close to this in under a decade at the helm of a Cuban administration?

Analysts are still asking themselves what concessions Raul Castro has made or will make, aware that diplomacy is the art of giving and receiving. It is clear there will be concessions, and, without aiming at any profound knowledge regarding the complicated arena of international relations, we can arrive at a simple answer: realpolitik, politics without ideology, seems to have triumphed.

Henry Kissinger, a renowned authority on the subject, said the following on assessing Stalin’s diplomacy between the two world wars:

“In the communist mindset, concessions could be made, if at all, to ‘objective reality,’ never to the persuasiveness of the diplomats with whom they were negotiating. Diplomacy thus belonged to the process by which the existing order would eventually be overturned; whether it would be overthrown by a diplomacy of peaceful coexistence or by military conflict depended on the assessment of the relation of forces,” Kissinger wrote.

It is not my intention to draw any analogies, for my loathing of the Georgian dictator (Stalin) is visceral. I consider him to be the man who has done the greatest damage to the communist cause, while hoisting its banner. I have a very different opinion of my country’s current leader. That said, there are always similarities, because their policies both stemmed from confrontation with foreign powers.

In both cases, ideologies function as dogmas that are as irrefutable as Islam or the Gospels can be. Then we have real life. Doctrines are meant for congresses, texts considered flawless or the holy sanctuaries of religions.

Cuba, a small country aware of the intrinsic value of geopolitics, evidently continues to consider offers without snatching the first one that comes along. To neglect ideological considerations is a guarantee of success, and what we are seeing is what I’ve elsewhere described as the responsible pragmatism of Raul Castro. I know that some readers will regard the word “responsible” with suspicion. Only the future will establish the truthfulness of such a claim.

Today, public opinion is of little importance. Discourse is almost entirely under the control of those who design foreign policy. The people face far too many difficulties, the mass media are owned by the Party-State apparatus, the prevailing mentality is still unwilling to undertake a critical analysis of foreign policy, something which is considered the domain of experts, even in societies where people have far more access to information than we do.

Though different, the two communist leaders (Raúl and Bruno) mentioned have been veritable ants, patient workers working in directions opposite to the ones their precursors traced.

For the time being, we are left with the unquestionable foreign policy successes of Cuba’s new president. The contrast with his brother, who appears to be the antithesis of the diplomat, is striking.

In his treaty on diplomacy, the former US Secretary of State offered the following reflection: “Stalin, the great ideologue, was in fact putting his ideology in the service of Realpolitik. Richelieu or Bismark would have had no difficulty understanding his strategy.”
—–