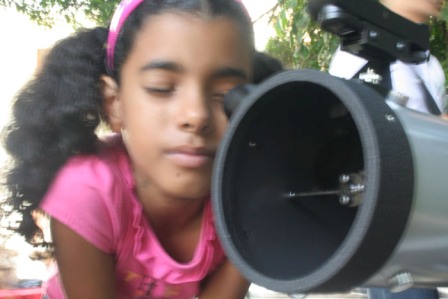 HAVANA TIMES, May 18 — “Mommy, why are the Americans so bad?”  With that question and an anxious look on her face, I found my little girl when I went to pick her up at her elementary school several days ago.

“It’s that Posada Carriles is a murderer and they don’t put him in prison, yet the Cuban Five didn’t do anything but they won’t let them go free.  Plus they’re killing people in Libya.  Are they killing children there too?”

“Ah! – now I understand.  Well, it’s true that Posada Carriles is in fact a murderer, as has been shown not only from proof but because he himself has confessed to it.  But Americans don’t have anything to do with that.  Posada himself is Cuban,” I answered.

“The teachers says the US people aren’t to blame for what their government does?  Is that true?” she asked me.

“Exactly.  The US government has done horrible things throughout history.  It has dropped atomic bombs; attacked however many countries it has wanted, including ours; provoked military coup d’états, murdered its enemies – those things and much more have been done by that government, but you have to remember that it’s the government.”

“The US population doesn’t always agree with what their government does.  On more than one occasion they have been tricked into supporting wars against some nations,” I added. 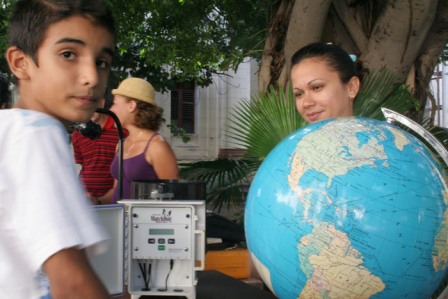 “I’ve already spoken to you about the government, so in terms of the question, the answer is no.  The Americans aren’t bad.  In the first place because no one is totally bad or totally good; in second place because most of them are regular and average people, the same as us.  The difference is in their language, culture, customs, their standard of living and especially the level of economic development.  That’s what makes them think differently.

“Also, many of us Cubans have family members in the United States, and not only in Miami.  It’s said that the Cubans from there and those from here are one great family divided by the sea, though in reality there are other things that also divide us.”

This wasn’t the first time that Tania made a comment of this type or asked me something related to war.  When the NATO attacks began against Libya she told me that Cuba needed to make bombs to kill the Yankees because they were evil.

I tried to explain to her on that occasion that we should all be against wars, no matter what country engages in them, because wars bring about death, the destruction of families, orphaned children – in short, devastation.

Although my little girl is turning seven this month and she can’t live with her back turned to the world, I didn’t want to talk to her about those issues.  I would prefer that a few more years went by before she discovered that our world is not as good as it seems and that there are many bad things that she’ll have to gradually discover.  And I should add that she won’t have to see all of those things on television, because some are right here in our face.

What I’m sure of is that I’ll never feed hatred against some person or any people.  Only hate can carry negative feelings and it can be very harmful, especially for children.

Some governments destroy, commit terrorist acts or simply remain silent in the face of taunts by other nations, but their people are as much victims as those countries that suffer such horrors directly.

4 thoughts on “A Kid in Cuba Asks: Are all Americans Bad?”