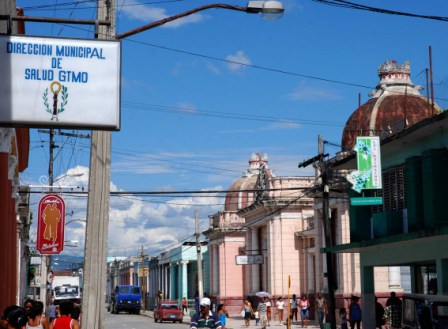 HAVANA TIMES — That evening, I didn’t tell anyone at home I had found the bill. (See part 1)

I usually share both the good things and bad things that happen to me with my relatives. I am a born story-teller, and almost everyone enjoys the zest with which I recount happy stories and the humor I sprinkle over our misfortunes (so they will not sound so terrible), so I’m not exactly sure why I didn’t tell anyone about the treasure I’d come across.

Perhaps it was out of fear everyone would suddenly want me to buy them something. I know my brothers well. The younger one would immediately ask me to lend him something so he could open up a business of some sort, and he would end up using the money to buy expensive clothes and brand shoes.

Looking back, I think I simply wanted some time to decide how I would spend the money I’d found. That kind of money could be used to solve a great many problems, I couldn’t afford to misspend 25 thousand Cuban pesos – the equivalent of nearly four years’ wages.

But I couldn’t keep the secret for long. I decided to tell a friend about my find over the phone.

Lucy, my friend, was happy for me and asked me to tell her where I had found the bill, to see if she got just as lucky there. I laughed at the clever things she said as she told me the many things she would do with that amount of money.

She asked me for details about the bill and I described everything that was on it, with my terrible English pronunciation.  She went silent for a moment and then told me there was a problem.

“What’s the problem?” I asked. “You’re not about to tell me the bill is yours, right?”

“How is that a problem? They’re still dollars.” I retorted, a bit upset.

“They’re dollars, Rosa, but, if they’re not American dollars, they may not be worth much.”

I was getting angry listening to my friend. Perhaps she was envious of my good fortune and simply wanted to rain on my parade. But perhaps she was right, and I had to stop getting my hopes high.

Almost immediately, I remembered my friend Roberto, the husband of a cousin of mine who lives in Spain and works at a bank. I made some quick calls and got his cell number. Cringing with pain over the cost of the long-distance call, I dialed his number and, after the customary greeting, told him about my lucky bill.

Calmly, he explained to me that the note I had found was almost a relic, but that it was worth only 1.60 American dollars.

“A hundred and sixty dollars?” I asked, hoping I had misheard him.

I put down the receiver. It was like putting down, in one fell swoop, all of my dreams, my hopes of having a decent kitchen, repairing the house, buying new clothes and travelling to Havana with the kids in the summer.

The one thing I was happy about was the fact I hadn’t told anyone about the bill, especially my kids. It would have broken my heart to have promised them the bicycles they have been dreaming about for ages and to have had to burst their bubbles the next day.