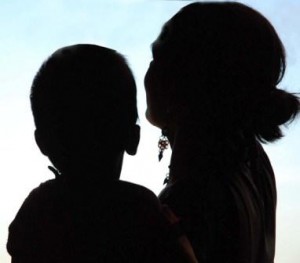 HAVANA TIMES — I have a Spanish friend who I’ve stayed in touch with for a long time. We don’t talk face to face very often because whenever he comes to Cuba he’s always in a hurry.

Between his girlfriend, his two daughters and other relatives, he doesn’t have time for too much else.

Nevertheless, when he’s in his own country, I don’t think he chats with anyone else as much as he does with me. I feel that I know him so well that I can anticipate what he’s going to say on occasions.

A few days ago Rene came to pick up his youngest daughter so that she could spend 20 days of her vacation in Barcelona, where he has lived all his life.

He has always been an exemplary father, not only because of his constant concern with financially supporting his two daughters, but also for his semi-annual trips, in which they’re his main interest.

He enjoys every moment with the youngsters, and he uses only loving phrases to describe them – so I was surprised with the first chat I had with him after he got back to Spain.

“Rosa,” he wrote, “this last flight was the worst I had ever had in my life. My daughter didn’t sleep a second. She went for nine hours without a wink. And to make matters worse, she had a stomach ache and even vomited a few times.

“Once in Barcelona she felt better, but she couldn’t stop crying for her mother. I think that I’ll have to go back to Cuba earlier than I had planned, but just thinking about flying makes me want to take off running.

“You were right when you said children are work. Now, I have a better understanding of what you meant.”

His e-mail made me feel good; firstly because Rene has a better idea of what I’m trying to say when I sometimes say, jokingly, that I’d like to go on a vacation in the Sahara – far from home, far from my husband and distant from the children.

“Away from your home and your husband I understand, but the children?” he wrote, “Children are never a bother.”

“My children don’t bother me,” I wrote back to Rene, “I just wish I could rest for a few days.” But the more I tried to explain, the less he understood. For him, raising children didn’t take a lot of work, and it’s not anything that a mother can’t cope with.

He doesn’t know what it’s like having a wonderful being giving you kicks and elbows inside your stomach, not letting you get a good night’s sleep, and making you pee more than usual for nine months.

He’s never had to spend 20 days in a hospital with a daughter in intensive care, sitting on a hard chair and not sleeping – not because it’s uncomfortable, but because you’re too worried to sleep.

Nor has he spent days on end going crazy because he doesn’t know what to fix the kids to munch on when they get home from school or later on for dinner.

He doesn’t spend 365 days a year putting up with the antics, tomfoolery and crazy stunts I’m sure his daughters try to pull; he only vacations a week or two with them every six months. So since his daughters only see him on those occasions, they reserve their best behavior for him.

Now that he took one of them with him it seems he’s learning more and starting to understand me better.