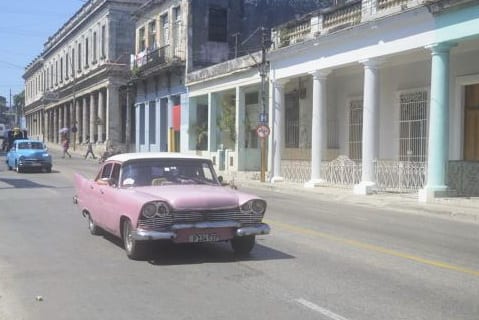 HAVANA TIMES – It has always been said that Cuba is a traveling museum, due to all the cars from the 1950s that still move through our streets.

For more than two decades, these relics contributed a part of the urban transportation that responds to the service of private collective taxis.

Whether in very good condition or not so much, the truth is that they played an important role in transporting people throughout the Cuban capital.

In the middle of last year, the Ministry of Transportation adopted a series of measures for the owners of those old vehicles that included set routes and a flat rate somewhat cheaper than the prices established previously by the drivers and, above all, new regulations uping both fuel expenses and the licenses and taxes to pay.

A driver who had his operational license since 1994 told me the situation forced him to hand in his license. For the amount of the total to pay for the monthly license, ten percent of the gross income, buy overpriced parts for the lack of a specialized store to acquire them at more affordable prices, led him to stop exercising the work that for more than two decades supported his family.

Nowadays there are much less of the collective taxis on the street. They are obviously missed, because they relieved any Cuban more than once who needed to get somewhere fast, either to solve problems or simply trying to arrive earlier and steal time from time.

3 thoughts on “An Endangered Species in Cuba”