“… we must continue to remember that censorship is arbitrary and forced, the deprivation of the basic right to speak and exist, the profoundly unfair blocking of the plurality of criteria and opinions.” 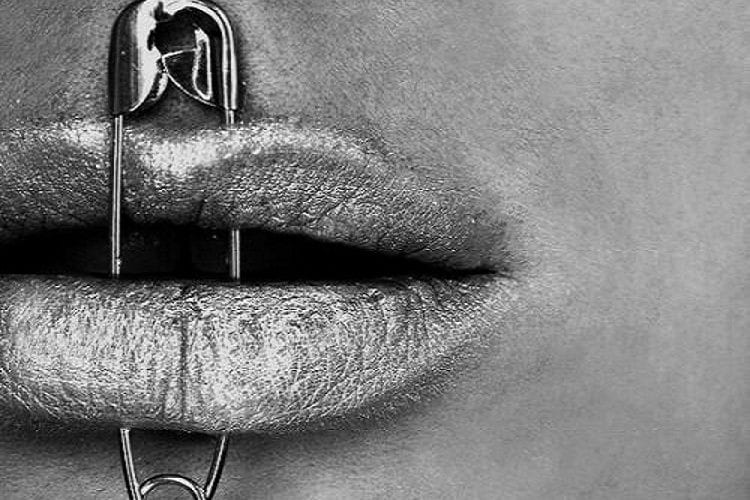 HAVANA TIMES – Two years ago, an independent digital magazine emerged that chose narrative journalism to tell about Cuba: El Estornudo (The Sneezing). In their cover letter they presented their project as “a reflex reaction to the prevailing climate, the urgent need to expel something, the response to an irritation caused by pathogens.”

Undoubtedly, the originality of the name summoned us to inquire into its pages and, once inside, we were trapped by its honesty and young critical gaze. In a country where the press is kidnapped by extremes, it is a salve to find balance, freshness and reflection, which helps to understand the different realities that its people live.

Since everything that is outside officialdom disturbs, it has already been censored. Havana Times expresses its solidarity with El Estornudo because it is our duty to insist on respect for freedom of expression, because we all have the right and responsibility to say what we feel and think about our environment in order to transform it.

As of three days ago, this magazine about Cuba, made by Cuban journalists, cannot be accessed from the island. Someone decided that we do not need it, someone who -probably- will be happy to have met with their censorship quota for the month. To that someone, the team of El Estornudo dedicates a few words:

Why Can’t El Estornudo Be Read in Cuba?

In just over two weeks, on March 14th, we will be celebrating two years of chronicles, photo-features, essays, illustrations and opinion columns. As a reward for this small but complete exercise of resistance, the Cuban government has decided to block direct access to the magazine from our national territory.

This has made us lose a considerable number of readers, including those for whom El Estronudo probably fulfilled a more vital function, citizens who suffer from the informative grayness of the state’s propaganda media and search for true and honest stories from a country that resembles the one in which they/we live, governed until today with ineptitude and an iron fist.

The latest act of censorship is an action that, in some way, is not surprising. There are many other press sites blocked on the island, such as 14ymedio, Diario de Cuba, CiberCuba and Café Fuerte. But we cannot accept censorship as something normal. Although it has already become the natural state of things, we must continue to remember that censorship is arbitrary and forced; the denial of the basic right to speak and exist, the profoundly unfair blocking of the plurality of criteria and opinions.

Practicing journalism as a voice critical of power and as a witness and archive of conflicts and the pulsations of politics and society is non-transferable and non-negotiable, even though the conditions for carrying out that role become more and more precarious or adverse.

There is, however, a single ground where, for the time being, the acts of the dictatorship cannot win or impose their logic of exclusion: language. This censuring, therefore, will not modify the editorial line of our magazine by an inch nor will it make El Estornudo dialogue with political power in the terms that political power expects. We are not going to descend to that conciliatory and fearful form of discourse doing journalism, almost as if we were asking for forgiveness, giving gratuitous explanations to the oppressor instead of demanding from them, or purging a kind of punishment until someone considers that we have understood the lesson and decides to call in the troops.

Neither will we respond with incendiary discrediting, with an increase in tone, making ourselves the news, passively assuming the role of victims, restricting our informative agenda and becoming, in this way, the type of emphatic and militant press so functional to the interests of the government, playing on the field imposed by the Havana regime.

That Cuba is a country deeply involved in a serious moral, economic and social crisis that does not seem to end, is something that we will continue to demonstrate through various reports and analysis. It’s not because we have specifically wanted it that way, but because in the long run, that seems to be the only thing that is evident in Cuba.

In the same way, we continue to insist that the country is a much richer, plural, diverse and subversive scenario than its leaders want it to be. We are interested in politics, power, the Communist Party or Raul Castro to the extent that they are present and influence, harm and often determine the lives of Cubans; as a means to access reality, not as the end of it. We flee from the idea that government and country is the same thing, because we believe such would be to give the government more territory than it deserves.

Someone, however, can still read us in Cuba. This editorial is written for one person and that person is the Censor, who only knows in the strict sense the extent of the ignorance of the rest of the Cubans.

The Censor is the scholar of totalitarian states, the great sage of societies denied to themselves. There is a point of irony in the fact that those who can and should continue to read us are precisely those who do not want others to do so.

While someone keeps reading something, that something must continue to exist. The Censor justifies the presence of what he wants to erase, that is, he cannot completely disappear what he himself gives life to. Whatever it is that causes the Censor of the moment to read El Estornudo, be it a secret pleasure, an unspeakable rage, or the interweaving of both, we hope to keep feeding that sensation to the limit.

The Kurdish writer Musa Anter said: “If my tongue shakes the foundations of your state that means that you have built your state on my land.”

El Estornudo has decidedly helped to build the narrative map of the events of the last two years in Cuba, fundamental in the national history and the future of the country. It has also looked back on some of the main events of the Revolution, its genesis and its fall, contributing along with other voices to dynamite the false formula of the official truth.

Cuba is a country where printed publications cannot circulate outside the margins of the State, where Internet access is extremely limited. Later, they block access to your media so that even those with limited access can’t read you. However, we must remember that this magazine also exists so that Cubans can find out tomorrow what was happening to them today.

One thought on “Another Independent Media Censored in Cuba”