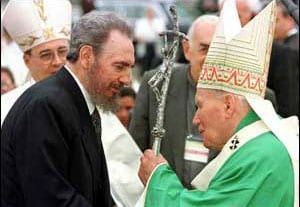 HAVANA TIMES — I have absolved the Cuban people of their alleged responsibility for what has happened over the past 59 years on more than one occasion, but this time, I want to analyze it from a historiographical perspective.

My thesis is that history unfolds as a result of two different kinds of change:

Cuban examples of the first kind are the sugar industry boom at the end of the 18th century, the Independence wars in the 19th century, the 1930 Revolution or the US-Cuba dynamic over the past 200 years.

The ‘59 revolution is our only example of the second case.

Quantitative change comes about as a result of a build-up of micro-changes over a drawn-out period, it’s maneuverable, it gives room for people to make decisions, to learn via successful or failed experiences and there isn’t a centralized leadership.

Qualitative change is typical of demagogues who promise to speed up history and hypnotize a part of the population with short-term promises and in this case, there is always a central leader, whether he’s called Lenin, Fidel or Chavez. This leader is imposed on a population in a speedy centralization process of economic and political powers while the ploy lasts, so that once these promises become full of hot air, people don’t have any mechanisms to revoke the authority granted to this leader. 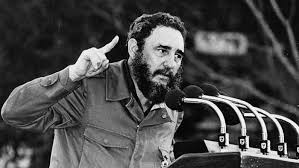 With Fidel taking power within the framework of a break in the Republic’s norms by Batista, we could have returned to being a country which was going to progress in the West we belong to, which was making social breakthroughs, learning from democratic advances and setbacks and was financially prosperous.

It wasn’t the first time a man had hoarded such a power here in Cuba, but it was the first time that in order to hold onto power someone had moved us away from the path that had led us to become an emerging modern republic. Fidel didn’t come to power wanting to normalize Republicanism and recover the liberal democratic path, although that was exactly what he assured the population he was going to do.

These actions proved that Fidel came into power wanting to ossify his position and so he quickly transfigured society looking for a way to make his absolute power everlasting even at the expense of ruining our ambiguous but natural and much-needed relationship with the US and fastening our fate to the Soviet Imperialist train.

During the first few years of his Revolution, he changed our history like nobody had ever done before. The Western character of our culture – our liberal, democratic and plural culture – was transformed into a uniform totalitarian regime which interfered in the social framework like never before and controlled every aspect of national politics, culture, information and the economy. Fidel transformed Cuba’s history into his own history, he subordinated everybody’s interests to his own and he made his personal battles and frustrations our own.

Vast resources received from the Soviets were squandered in building a centralized economy which was used for his political agenda in African wars, in interventions and million-dollar hand-outs to guerrilla movements and disastrous megaprojects.

The more subsidies the COMECON sent, the greater the structural damage, to the point that in 1989 Cuba wasn’t producing anything of value and anything we did produce was done using out-of-date technology and at high costs.

Fidel was such a new and surprising phenomenon that nobody could foresee the path that our destiny would take in his hands. Most of his support was thanks to his overwhelming charisma and achievements that he had thanks to the artificial crutch the Soviets gave him. Meanwhile, we were left outside of Western history and with an almighty Orwellian government.

Pointing fingers at the Cuban people for Fidel’s dominant rule is like blaming the Siboney natives for not foreseeing their extinction, or the Germans for Hitler. Qualitative changes are socially unpredictable.

Now, we are at the crossroads of another qualitative change and Fidelism is as dead as its creator. The only thing left of the Revolution is a paralyzed economy which still serves a political agenda which is able to maintain healthcare and education services only in a wretched state, while racial discrimination is on the increase, differences between classes are beginning to become huge, corruption has stopped being an exclusive practice of the upper echelons in power to becoming a widespread practice and nobody remembers anything about democratic practices.

The Revolution’s legacy is a great failure of an experiment that was always subject to its leader’s ego and Messianism, who believed that history could be forced and has made us lose entire decades of normal cumulative-quantitative experiences that could have educated us as a society. The Revolution can be summed up as a great detour to reach the most tyrannical capitalism with a defenseless society that is disjointed in terms of civic rights and without a leadership.

As the great writer Virgilio Pinera would say: “I am afraid.”

4 thoughts on “Are the Cuban People to Blame?”