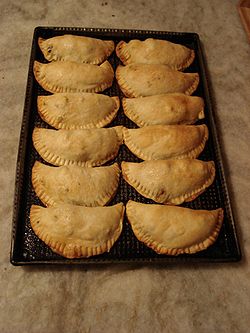 HAVANA TIMES — An old proverb says that, when God denies you children, the devil comes along and gives you nephews – and this so that one may experience the joy of children, human beings who, many a time, see things more clearly than adults, plagued as we are by fears and the traumas of our education.

Yesterday, I paid my youngest nephews a visit. They surprised me with the news that they had baked some pastries and wanted to treat me.

Pleasantly surprised, I asked them about this and they told me they had learned to make them watching a television show that teaches children how to do different things. I thought this was superb. Hungry, I fearlessly tried the pastries. They were delicious. In fact, I was left wanting more.

In their own words, they took me through the flour mixing and kneading process (which involves water and a touch of oil), told me how to use the rolling pin to flatten out the dough and the cookie mold to cut out circles, how to wrap the dough around the guava jelly, and even what fork to use to knead the edge of the pastry shut.

My only advice to them was to always have one of their parents help them, since the stove and oven can be dangerous and must be used with caution. They agreed to get help from their parents, for the time being. The oven then baked the delicacies prepared by the children.

Another thing that has always impressed me about children is their ability to persuade adults. The youngest (a four-year-old) tries to convince his grandmother (my mother) to come live with them saying he knows someone who says it’s dangerous for her to live alone. He says something similar to me: “uncle, you should come live with us. There’s a room for you here, it’ll be good for you.”

It’s hard to say no when he says such things, especially when you realize it’s his way of saying he wants company. They do the same thing with grandpa to soften him up.

The girl, who has just finished the fifth grade, also wants to converse with me all the time and for me to sleep over in the vacant room. My excuse for leaving is always the same: that I need to keep an eye on my house.

Being able to spend more time together would be great, but I have a lot to do and I can’t devote them the time I want to. For the time being, I tell them they can call me whenever they want to. I live close by and can easily drop in for a visit.

The girl called me today to tell me she was coming over with my brother, and she did. She wanted to take home one of the cats from around my place, but her father doesn’t approve. A victim of his education, her father has taught her not to become attached to those animals. Luckily, she is attracted by virtually everything (except cockroaches).

The few times I play with them, they don’t ever want to stop – their energy never runs out, and we have plenty of fun. They have a great sense of humor and I feel they truly enjoy my company. I always feel I get along better with kids than with adults.

One thought on “Children Never Cease to Surprise Me”