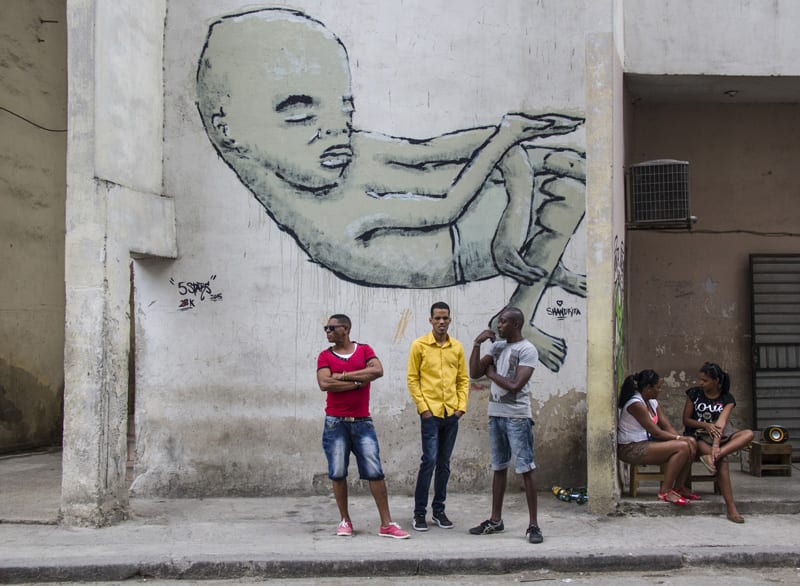 HAVANA TIMES — The need for change in Cuba is widely accepted by everyone. The Communists in power and their followers believe that this should just be a shift of tactics, a superficial revision so as to improve the same path. The opposition to this believes that it should be a more profound process, working towards democracy and a freer market.

However, there are also differences among those of us who want real change, not just patching the damage with a quick-fix. Democracy, Rule of law, respect for all human rights, a real opening to the international market, nation reunification and compensation to those who have been affected are the common denominators in this equation.

I have no doubt that the best option we have would be for the Revolution’s leaders themselves to rectify their mistakes; recognizing that the path they have chosen has failed and caused irreparable harm with its benefits. They should have a serious plan, not to convert mud into gold like the Communist Party Guidelines aim to do, but to democraticize the country and really make it a fair society for all. However, this is a dream that’ll be almost impossible to make reality: they are chained to their own dogma and the vices of power, which are intoxicating and addictive when taken in extremely high and unlimited doses.

Removing them from power and all of their institutions with them is what many people would like to do; and that change will only come from the regime’s opposition, who supposedly ensure “democratic purity” or of being free from setbacks and petty slowdowns.

However, we can forget some very important things sometimes:

1) among the opposition, there are patriotic and sincere people but there are also unpatriotic and hypocritical people too, disguised as well-doers who can do more damage to the New Cuba than the ones who are maintaining the current tyranny.

2) the Cuban people don’t know who the opposition are and have only received a distorted image of them, whether it’s been true or false, and therefore they don’t trust them. How can they lead a population who thinks like this? How can they create radical change in their name?

3) the Revolution did the same thing in 1959, it destroyed all of the old and created everything from scratch in a short time period, really short!; it’s become clear that this isn’t a good idea because they ended up creating more problems than solutions and they will end up just like the people who made the same mistake back then.

If this is the path which we will continue to follow, it will be difficult to prevent a vacuum in power which will last just long enough for trafficking and organized crime mafia to infiltrate the country; and for the corrupt and opportunists to make large fortunes. This has happened in many countries which have had a similar transition phase and Cuba is an unrealized breeding ground, just waiting for us to give them the chance.

Change ideologists in Cuba only focus on the romantic idea of instititional renewal and believe that it will be like minimal-access surgery: what a tremendous mistake!  When they shake the foundations of the country like what they aim to do, its skin will crack a little where social parasites will nest and breed; and they turn into cysts which seem to be irreversible a lot of the time.

This is why the road map for change needs to be well thought out so as not to make any mistakes. I was able to watch some opposition videos by chance recently where they were speaking about their current agenda and their vision for change. Progress and greater recognition of what the Cuban people on the island believe and want were evident; they are making progess in unity of action across the board. These are positive steps which prelude a better outcome where there are such wide-ranging intentions involved.

Personally, I think that this road map should be pragmatic, not aggressive, discriminatory or radical; when today’s official political players are denied participation in national politics, the opposition will fall into the same mistake that the aforementioned have committed up until the present day.

We have to open to the idea that they will rectify their mistakes, even though they might not actually ever do this. The objective of our struggle isn’t to punish the Communists with future limitations, because we aren’t driven by vendetta but by justice. In our New Cuba, there should be a space for everyone, even for the current Communist Party.

Negotiating is always better than fighting; negotiation is giving in; giving in is only advisable while our principles and objectives, which are our driving force, aren’t being damaged or denied. When social, political and economic pressure forces us to take others into account, to respect and recognize one another, we should be ready to turn a new leaf and show our civil values: our Homeland demands this bravery and men and women to shed the “respect of many” which we carry on our backs in this hostile environment.

15 thoughts on “Clarifications about Change in Cuba”