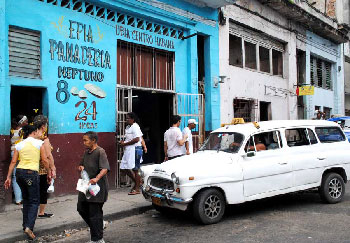 HAVANA TIMES — In a previous article, I referred to the insurmountable obstacles Cuba’s leadership faces as it attempts to “modernize” a totalitarian and inefficient system of government, a system that will now give way to a Third-World capitalist economy that is to benefit the handful of people at the top – government officials and their descendants included.

To do this, they must move a series of pieces that have acted as pillars of the island’s leadership, or, at least, that have proven the inevitable result of their form of government.

These include generalized corruption in a world where salaries aren’t enough to make ends meet, the political cynicism that was required to assume forced affiliations and the double standards and oaths of loyalty (including participation in massive parades) taken while awaiting a visa that allows one to begin a new life – or, at least, enjoy part of it – in the stomping grounds of Cuba’s “historical enemy.”

In short: a whole series of functional practices that betray widespread, fragmented, short-term and tenacious forms of popular resistance.

The recently-concluded congress of the Cuban Journalists Association (UPEC) is an example of this. All analysts – even those prone to excessive praise – concur that, in essence, it is more of the same, pretty much exactly the same, to paraphrase the proverbial drunkard in a popular Cuban joke, what we saw at the last congress held in 2008.

Rousing speeches calling for a more spirited and critical press, which must, at the same time, continue to act as a loyal bastion of a revolution that expired fifty years ago and of a socialist system that never came into existence.

The exaltation of the press as a loyal instrument of the Communist Party – an auxiliary mechanism employed by the post-revolutionary elite to perpetuate its unquestionable power – and at the service of the “people”, a floating signifier which is filled with different meanings at different times, in dependence of the interests at stake.

And, as has become customary in the course of these last five decades, the journalistic critique of a series of issues that include buses that do not make the required stops, unfulfilled train schedules, badly-fried croquettes, the theft of flour at State bakeries, drunkards who urinate in the street and the various weak points of that immense sophism known as the “port-transportation-domestic economy chain.” 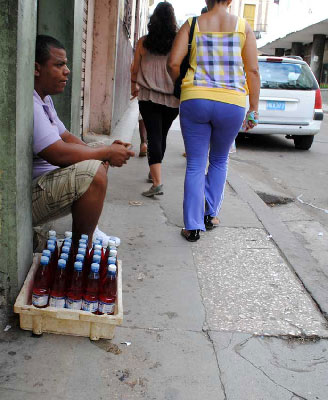 I believe, however, that something has changed and that it is worthy of our attention. A more urgent problem hides behind this whole issue of the press: that of the circulation of information in a system that must invariably be more open.

For, even though Cuban leaders – old and not so old, military or civilian – have not considered democracy as an option, they can certainly understand (at least those who still retain some capacity to understand what goes on around them) that a more open and inevitably more permissive economic system entails the emergence of other, autonomous agents, and that these agents require information in order to operate.

In an authoritarian system with increasing doses of market freedoms, a system which, at the same time, begins to put aside its commitments to ensure the widespread wellbeing of the population, information cannot be handled as it was administered under the former system of centralized planning. If the new social agents require information to make decisions, this information must somehow be made available to them.

Within this new context, as a speaker at the congress pointed out when referring to what he euphemistically called “the press’ external regulations”, the journalistic message becomes more formal and less credible, “(…) something which complicates the work of the press and also undermines the credibility of the State, the government, the authorities and the revolution itself.”

This is what Vice-President Diaz-Canel was talking about when he referred to the matter on several occasions, invoking another factor of crucial important: the inevitable arrival of the Internet, through which independent blogs cease to be the exclusive domain of foreign analysts, the fact that a new, transnational society has other sources of information beyond the seas.

Be it because he is younger, or more educated, or both, Cuba’s second-in-command has managed to understand that he aspires to govern a world beyond the extremely short term envisaged, from their infertile old age, by the contemporaries of the Party strongman, Jose Ramon Machado Ventura.

At any rate, with the exception of a passing reference to an obscure commission that will work to re-formulate journalistic policies, nothing in Vice-President Diaz-Canel’s concluding remarks at the congress suggests a new direction. His address, like the more critical statements made during the congress, doesn’t even remotely touch on the delicate and controversial issue of freedom of the press.

This was the case because Cuba’s gerontocracy knows that any independent handling of information is ultimately subversive in a system which continues to insist – ever more ludicrously and inefficiently – on administering society in a totalitarian fashion. 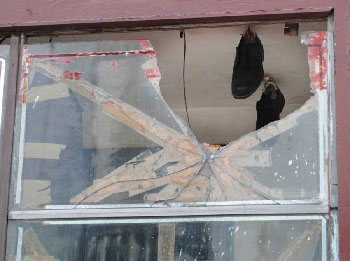 The system and its administrators are caught between the need to establish a freer flow of information (so that the market economy will function) and restricting this process to certain limits, so that the current system of socio-political domination will continue to function.

In the threshold between these two imperatives, a sector is now demanding a minimum of credibility, precisely what the system’s exhausted organic intellectuals continue to demand.

The first thing is an economic dynamic which facilitates their insertion into the market at a pace quicker than that in which social discontent can grow in their countries and this creates more hope than it does frustration. The second factor is that both countries are driven by an ancestral culture in which obedience to authority is a next to inalienable principle.

Neither of these two factors is present in Cuba. What we do have on the island is very little time to re-assemble everything that has been torn asunder over the last fifty years, to address the problem of restricted information, which makes the world described by the press, as one speaker at the congress said, less and less believable.

One thought on “Cuba and the Problem of Information”