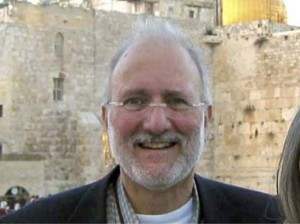 HAVANA TIMES, Jan 1 — If you click on Google News Cuba, the first item that pops up of late is on the fate of Alan Gross, a Maryland resident arrested when working in Cuba for Development Alternatives Inc.

The corporation receives hefty contracts to carry out “democracy building” projects for the US State Department in “enemy” or “hostile” countries, including Afghanistan and Iraq.

Gross was caught in the act of smuggling in and distributing illegal communications equipment in a country where the US has been trying to overthrow the government for over 50 years.

Obviously, such a crime against the Cuban state was taken quite seriously.

Ever since his arrest in December 2009, the US State Department, and even President Obama, have been telling Cuba that it should release Gross.  At first they tried to say he was innocent but when that became obviously false they went the humanitarian route.

US authorities have lectured Cuba that relations would not have a chance to improve unless Gross was freed.  But such talk without substance fell on deaf ears in Havana.

Even before the Gross arrest, nearly a year into the Obama presidency, the US had failed to produce an iota of movement towards an end to the blockade and normalized relations.

Simply put, the political will to stand up to a vocal and moneyed Florida exile community was never on the president’s agenda. This was even less so for his secretary of State, Hillary Clinton.

Talk is cheap and sometimes blurs reality. If the US government really cares about Gross, 62, turning 75 in a Cuban prison, the diplomatic tools are available to see that doesn’t happen.

But one thing is crystal clear, Cuba is not going take orders from Washington and the administration knows this fully well.

To the contrary, when US officials try to tell Havana what it should do, the island’s officials only dig their heels in, something Washington counts on beforehand.

The only visible bargaining chip for Alan Gross is the Cuban Five, agents sent from Havana to infiltrate Cuban-exile groups in the ‘90s to uncover any planned terrorist attacks on the island or its interests.

The agents, considered heroes by many back home, have already served 13 plus years in different prisons scattered around the USA.

After first refusing to even consider the possibility of a prisoner swap, Cuban leaders have softened their position and hinted that the fate of Alan Gross for that of the Cuban Five could be negotiable.

Washington, however, continues to rule out an exchange and in doing so is well aware that Gross’s fate doesn’t look good.

4 thoughts on “Cuba Has Alan Gross, US Doesn’t Really Care”