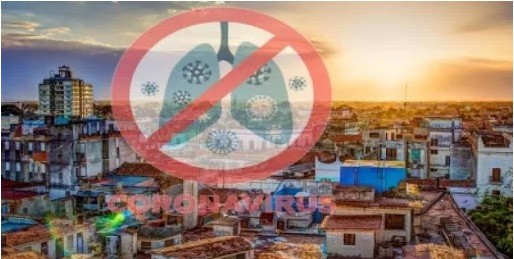 HAVANA TIMES – It cannot be interpreted any other way.  Even though Prime Minister Manuel Marrero, in a  timely live intervention on Cuban television Tuesday, did not identify it as it appears in our Constitution, when he finished he indicated that by decision of the President and the highest authority of the Communist Party, the Defense Councils would be activated immediately, albeit reduced, at the level of provinces and municipalities where necessary.

Such a decision obeys, according to the Magna Carta, for natural disasters, states of war or epidemics. And right now national security is clearly threatened by the deadly new Covid-19 coronavirus. The situation could not be more exceptional, requiring extraordinary measures.

Consequently, President Miguel Diaz Canel said, “the coronavirus is coming at us.” We must halt the extension of the virus.

The island is in an undeclared quarantine, but with measures of immediate application that closely resemble other categories similar to those of a state of siege or a state of war. For now it’s without the direct participation of the Armed Forces, who could spring into action as they have with lesser epidemics of the past.

The carefully detailed plan was extremely broad, after advancing to what was foreseen in the second phase, planned for when the virus has a native character.

With everything underway, no one will doubt that it is a National Emergency, although the term has not been officially recognized. It won’t be necessary.

3 thoughts on “Cuba in a Virtual State of Emergency”