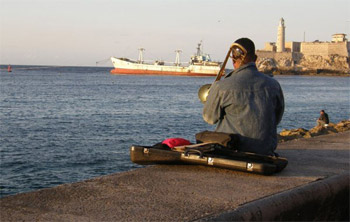 HAVANA TIMES — Much of the emerging critical Cuban left is advocating workers’ self-management as a keystone of a truly democratic socialism. This is a welcome proposal that cannot be taken for granted in a country with a long history of labor militancy and struggle but lacking in traditions of class and group autonomy, the legacy of centralized top-down caudillismo and the rule of Communism – in its Cuban version – for over fifty years.

Worker self-management has important implications that need to be fully explored. The worker self-management model adopted in Argentina and elsewhere in Latin America has been a courageous and self-confident response to prolonged strikes, employer lockouts and bankruptcies, which has led to the formation of democratically administered cooperatives.

But they are a local and defensive tactic. These coops exist and are part of a capitalist economy that they do not control. Consequently, the workers’ self-directed activity remains fundamentally constrained by capitalist competition and the market.

This model is not relevant to a Cuba where worker self-management is being proposed for the whole economy, or, at least, for its dominant sectors. However, it is important to realize that what happens in each self-managed factory or work center is directly and closely interdependent with what happens in other economic units.

Poor coordination among economic units and sectors is already a major problem that the Cuban economy faces under the existing bureaucratic one-party state, which results in a great waste of resources.

In 2009, Marino Murillo Jorge, the minister of Economy and Planning, complained that new electrical equipment acquired to save precious energy had been kept in storage instead of being installed promptly and properly.

The official press has also reported on the serious impact that the lack of coordination among state enterprises – such as the various agencies responsible for the repair of water leaks – is having on the quality of work performance, which has fostered a climate where nobody takes responsibility for a project as a whole.

Conceived as the separate and uncoordinated administration of each work center, a system of worker self-management could not address the serious coordinating deficiencies of the existing system.

Moreover, inequalities would arise among workers in different plants and industrial branches due to the vast differences in the modernization, capitalization, and productivities among industries as well as different units within a given economic sector.

Such differences, for which the affected workers cannot be held responsible, would inevitable lead to large wage differentials and vastly different rates of investment that would perpetuate those inequalities.

A system of worker self-management would also have to face the task of economic innovation, particularly to lighten the burden of labor for as many people as possible.

Following this logic of innovation and economic progress, the economy may need to open new productive facilities and close obsolete ones without treating the workforce in the capitalist fashion, as objects to be dumped on the garbage heap, but rather as subjects, as human beings and workers worthy of equitable treatment, alternative equivalent employment and full compensation for the costs of their displacement. 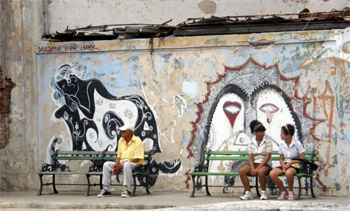 By definition, a new productive facility has no previous body of workers to bring it into being and would logically need to be created by some kind of democratic planning body. Besides, it is undemocratic to leave the decision to close an obsolete facility, which often draws resources from the rest of society to stay in operation, only to the people who work there.

By the same token, all democratically run industries and work centers have to reconcile the decisions of those who work in each them with society-wide democratic priorities. To take an extreme example, it would be undemocratic for large media organizations to broadcast only the views of the people who happen to work in those enterprises.

In Yugoslavia, the system of worker self-management acquired a major economic and social weight from the 1950s until the 1970s. Being a part of a system that combined “market socialism” with political authoritarianism, self-management was limited to the operation of individual work centers; the political and economic power for the various regions and the country as a whole was monopolized by the one-party state embodied in Marshall Tito’s League of Communists of Yugoslavia.

Local self-management combined with the workers’ lack of political and economic power outside their work place understandably fostered in them a parochial outlook.

As the Yugoslav scholar Mitja Kamusi? pointed out, this model of self-management encouraged workers to be interested in investments that could ensure an immediate increase in their earnings, stable employment, and better working conditions, but not in investments over the long-term and in other parts of the enterprise, or in the types of investment that would require reduction of manpower or its re-qualification. Workers were least interested in investments – however viable – in other enterprises, particularly those situated far away.[2]

Some of the attitudes that Tito’s Yugoslav system fostered lead anew to the questions raised by Karl Marx in his polemic against the German socialist leader Ferdinand Lassalle in the Critique of the Gotha Program. For Lassalle, every member of a socialist society should receive the “undiminished proceeds of labor.”

But Marx insisted that deductions would have to be made from the “total social product” to replace the means of production that had been used up, and to expand production (an ecologically sound economic expansion is indispensable to improve the living standards of the great majority of the population), and to build a reserve or insurance fund to provide against accidents and natural calamities.

Deductions also would have to be made from the means of consumption to pay for the general costs of administration not belonging to production, and for those expenses that are intended for the common satisfaction of needs such as schools and health services, as well as for those unable to work.

The Importance of Coordination

All of this underscores that a democratic, self-managed economic system needs a coordinated decision making process for the economy as a whole that is fully transparent. For this decision process to be democratic, purposes and demands coming from numerous and diverse social sectors must be integrated into internally coherent programs that are bound to provoke disagreement. 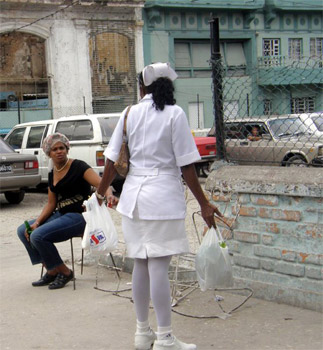 That is what political parties should be about: forums to debate alternative socio-economic priorities for society as a whole. This requires the abolition of “monolithic unity” and the constitutionally mandated single party system that enforces it.

One of the most important questions to be addressed in such a democracy would concern the amount and kinds of accumulation that the society requires; in other words, whether to reduce savings to improve present living standards, or to increase savings, in spite of current scarcities, out of concern for the standard of living of future generations.

This does not mean that every economic enterprise can be subsidized because the economy would in short order become severely inflationary and undercapitalized. But a rational economy policy can include a calculated and measured use of subsidies for specific and thought out purposes.

It is conceivable, although very unlikely, that the Cuban Communist Party might be compelled to allow for worker self-management of factories. But if that happens, self-management will be limited to the operation of discrete, separate units while the single ruling party retains its control over the coordination of sectors of production and the economy as a whole.

Cornelius Castoriadis, perhaps still reflecting the anti-Stalinist Marxist tradition in which he was trained, described this state of affairs as akin to the “specialists of the universal,” that is, the ruling party, saying, “You go manage your little corner, that’s fine; as for us, we are going to take care of the general coordination of activities.”

Obviously, if that were to occur, local “management” would very quickly be emptied of all meaning, since the question of the integration of the various “social units” cannot be miraculously be resolved all by itself, and it does not constitute some sort of secondary and external aspect whose repercussions on each unit might remain strictly circumscribed and of limited importance.

It is absurd to think of socialist factories or simply self-managed ones within the context of a bureaucratic “coordination” of the economy and society.[3]

Some will argue that a democratic socialist economy would be best managed through one or another form of market socialism. This is not the place to argue an issue about which hundreds of books and articles have been written.

In any case, that would be a matter to be decided by the Cuban people once they are free to debate on the issue in all its enormous implications. That is when others, myself included, can make the case for a democratically planned economy as the only way in which people are able to control their destiny, both political and economic.

*Samuel Farber was born and raised in Cuba and is the author of many books and articles dealing with that country. His most recent book is Cuba Since the Revolution of 1959. A Critical Assessment (Haymarket Books, 2011)

5 thoughts on “Cuba: The Implications of Worker Self-Management”