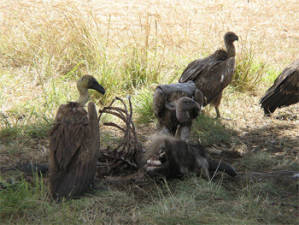 HAVANA TIMES — I’ve always been proud of being Cuban. It’s that we’re typically happy, caring, crafty, courageous, assertive and even inventors (just observe the kinds of things we come up with). But for some time now I think we’ve been going backwards a little.

You’d have to see how some Cubans behave when a family member or friend is about to leave the country. They turn into what seems like birds of prey, stripping them of their belongings, which sometimes are things that turn out to be insignificant.

It doesn’t matter what it is. It could be anything from money to an item of clothing or a simple pair of sunglasses. What matters is getting something, using the absurd excuse of “I want to have something to remember you by” or “I need it,” when in fact it’s merely about hoarding.

Recently I was at the party of a well-known Cuban who was leaving to go abroad. What I saw were friends and family looking for anything that they could take from him. Where was the love, where was the affection, the respect or the consideration?

To be honest, what I felt most was revulsion and shame with this new definition of what it means to be Cuban: a scavenger.

It’s true that we lack many things and need much, but give me a break, that shouldn’t also include decency, tact and ethics.

I think this attitude came in the wake of the famous Special Period crisis (beginning in the early ‘90s) and is due in large part to a lack of formal education.

I say this because I’ve been observing how Cubans behave around foreigners and how this varies greatly according to the training they’ve had.

I urge these Cubans scavengers to get educated and have a little consideration for others.

One thought on “Cuban Scavengers”