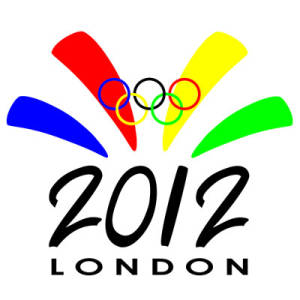 HAVANA TIMES — Victories in Cuban sports, which have been one of the examples most used by the officialdom to highlight the country’s achievements, are always described with that classic qualifier: “Thanks to the revolution!”

However, this is now turning around to bite them given the island’s poor representation that is heading for the 2012 London Olympics.

Personally I’ve always been bothered by that slogan as it implies that those Cuban athletes who have reached top world rankings have done so thanks only to the system.

It’s like denying the abilities of the athletes and the history of sports that preceded Cuba’s revolutionary stage.

It’s as if Ramon Fonst, Manuel Dionisio Diaz, Jose Raul Capablanca and Martin “Kid Chocolate” Dihigo wouldn’t have batted eyes in Cuba back then since in those times everything depended on sheer talent, skill and ability (though it’s also important to note how opportunity plays a part in demonstrating these qualities, which is perhaps the only contribution the Cuban government has made in this regard).

But let’s put this to one side and discuss why national sports have declined, despite the determination to conceal this. I think two of the main reasons have been the excessive politicization of sports and the lack of resources for the adequate training and preparation of athletes.

The truth is that no team sport will be representing us this time in London. None of them qualified. In the individual competitions are encrypted the hopes and also fears of more defections, as occurred this past June 19 in San Juan, Puerto Rico. That was when five of our basketball players disappeared from the court to begin filling out US residency forms in Puerto Rico.

This drain of athletes elbowed our team into a corner. It had just played its first game and then had to face the rest of the tournament with only seven players.

Nonetheless, what was reported in Cuba in the official Granma newspaper was: “The desertion by athletes has always been a mechanism used by the CIA to defame and denigrate socialism, with this directed against Cuba and other countries.”

Meanwhile our national sports chauvinism has now been hushed and no one is talking about the sidelining on of our once famous woman’s volleyball squad. Even the last international performances of our baseball team left much to be desired.

But what has indeed made the international news is that Cuban-born gymnast Danell Leyva qualified for a place on the US Olympic team.

It’s unfortunate that a Cuban (one of those who fled the generous revolution) will represent another country in the Olympics, and that other grateful and committed children of that revolution — for who knows how many reasons — won’t represent the island in the Olympics.

2 thoughts on “Cuban Sports and the London Games”