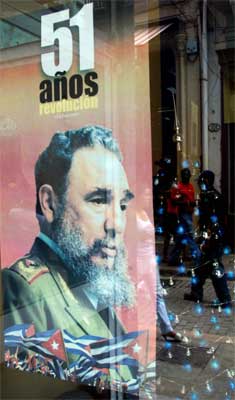 HAVANA TIMES — The current Cuban political elite — that imperfect mixture of military officers, technocrats and bureaucratic rentiers — is aiming for ideological or emotional appeal as it attempts to legitimize its own stay in power. Actually, however, there aren’t many resources available to them.

Hardly anyone speaks of socialism in Cuba, a better world or the laws of history blowing at the nation’s back – core arguments from when there were more Soviet flags in Havana Bay than in Red Square.

While the technocrats try to present their rational arguments about winners and losers — celestial music for international agencies and liberal university cliques — these lack credibility in the context of the country’s economic stagnation and widespread poverty. These are the contexts in which there are too many losers and the winners are only a handful of people with wealth of dubious origin.

Consequently, for the partisans of the general/president (Raul Castro), only one argument remains: nationalism. But this nationalism moves along with great difficulty, as if limping.

Gone are the days in which the Cuban leaders, with Fidel Castro at the helm, could hoist the flag of nationalism along the runway, where the supposed struggle for sovereignty was drawn as part of the conquest of a superior world.

It was a holocaustic, bellicose and militaristic nationalism, one that didn’t ask for a leader to suggest, but a commander to order. It didn’t cultivate a nation for living; instead it changed it for death. In the name of anti-Plattism, it spared no anti-national maneuvers.

But it was a nationalism that saw itself conquering the future, an effervescent nationalism that captivated the imagination of many people of all generations. It was ultimately a nationalism supported by an alliance with a superpower and that appealed to and aroused the support of a very large part of the population.

The nationalism of recent times, however, is terribly dull and awkward, like the octogenarian clique that controls the levers of power. It is a colorless fetish, a scarecrow propped in front of the last trenches.

It is a desperate means of continuing to use a pseudo-patriotic cloak to cover up the truly thorny problems of the Cuban nation, and it offers nothing superior. 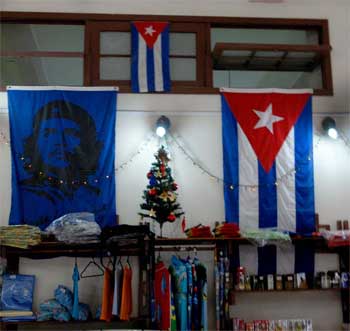 It is the political expression of a very imperfect attempt by a country that they wants to air and spread this outlook through an alliance between the hegemonic technocratic/military sector with upstart actors such as the Catholic hierarchy, the narrow strip of “winners” of the re-positioning, subsidiary intellectuals and those emigrants inclined to accept the Cuban government’s line almost without conditions.

Never before has post-revolutionary nationalism been such an invitation to autism. Among other reasons, this is because it operates on an old concept of nation that is blurred. The nation alluded to by officialist Cuban nationalism is of one nation, indivisible, insular and insularist, centralized, and with an external appendix of émigrés who serve to send remittances, pay for services and can be politically manipulated. That nation is already disappearing.

In first place, this is because the sign of the times is transnationalist.

Thinking of Cuban society from a position of insularity is as inefficient as believing that all problems that concern us can be resolved with our percussive claves. Cuban society today is a transnational one.

Nearly 20 percent of the population — and an even greater proportion of its youth and its professionals — is living abroad, primarily in the United States and Spain.

On these people rely millions of Cuban families for support. These émigrés also provide a very important part of the tax revenue that the government receives through its parasitic practices of making these individuals pay the price of gold for every contact they have with the island.

They want to manage this diversity with petty government meetings with emigrant supporters of the government, meetings they call “The Nation and Emigrants,” which are anti-national and extremely immoral.

Attempting to set up their nationalist props without taking into account the wealth of opportunities held by the emigrant community is simply a blunder, one more among the many that we have gotten used to on the part of the Cuban political class.

The second problem that is eating away at the foundations of the nationalist eyesore is that it is creating fragmentation of the national space in the heat of the different intensities of exposure by regional areas to the global economy.

They are pursing the idea of ??Cuba advancing, erratically, between the Havana/Matanzas north coast while looking at south Florida — with its remittances, golf courses, marinas and Brazilian investments — while the east’s southern coast undergoes a process of “Haitianization.”

Both parts are Cubans, and Cubans are living there, but obviously in different ways, all of which makes us think that the slogan of the pride of “being Cuban” has very different readings depending on where people are born.

There are no positive signs indicating a willingness to address territorial inequity with decentralization policies and affirmative allocations. On the contrary, the Cuban political class continues to legally limit horizontal mobility and to submerge contingents of internal migrants in situations of illegality and sub-citizenship in their own nation.

This is an anti-national abuse that is only possible in a country where there’s no public opinion or debate.

The new nationalism isn’t only authoritarian, it’s also conservative. There is no innovation in it, though it rises out of the scattered ashes of a revolution long dead. Its conservative stamp will become accentuated to the same extent as the advance in the political pact with the cupola of the only other centralized institution (and certainly nationalist in his own way) that exists on the island: the Catholic Church. 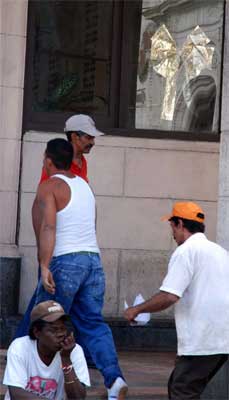 From the convergence of the military and ecclesiastical hierarchies is emerging the intensely revalidated image of the Mambisa Virgin, under whose “sweet gaze” Pope Benedict left the solution to the national problems. It is a renewal so intense that the deepest mystical fibers have been moved in all of the national press, including the infertile Granma newspaper.

In short, Cuban society is exposed to an authoritarian and conservative nationalism in function of the reproduction of power by the military, the technocrats and the Castro clan.

This is a nationalism that places the whole of society at the service of capitalist restoration for the benefit of the technocratic/military elite.

This constitutes an immense danger that is conspiring against our democratic aspirations and against our history of secularism.

It is one more obstacle that must be overcome to move towards a new approach to building a nation — one that is democratic, just and secular — that belongs to us all, islanders and emigrants

(*) Published originally in Spanish  by Cubaencuentro.com.