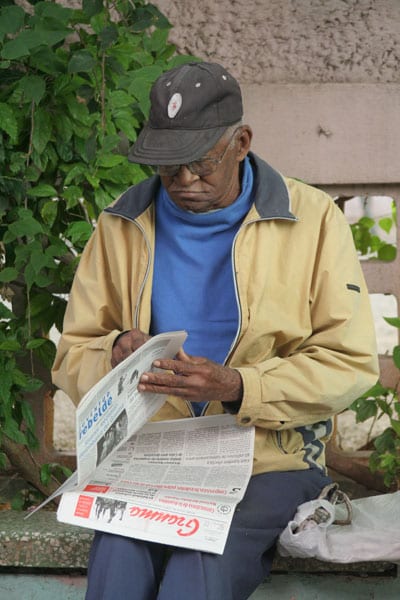 HAVANA TIMES — The Cuban press is getting old, it’s mummified and wrapped up in the same old issues, the same faces, colors and designs. People pretend like they’re reading, or they read between the lines what they would like to read. Journalists continue to write and they hope that somebody is still reading. Nothing changes.

If Kafka had woken up as a journalist in Cuba, I’m sure he wouldn’t have noticed any differences. Nothing. Not even in the long joints or the insect wings that he describes in Metamorphosis. Even the most terrible, negative or fly-grazing changes are unworthy of the times our press is living.

Narration, description, personalities have all disappeared. They have morphed into a time where you can only spell out, where time and space form the same immanent chronotope, where neither in media res or the element of surprise has existed for quite some time now, where expectations remain in the air and become well-known.

Cuban journalism is quite simply a utopia or rather, to be more precise, a dystopia; it’s not even about those newspapers where those in power used to edit the past and erase names and facts that weren’t convenient for a constantly self-contradicting system. Nope, nothing is edited, nothing is morphed, and everything is single-stringed.

According to music theory and phonetics, any note can become inaudible when played alone. Variation is the change that’s needed in order for us to notice and appreciate that music is actually playing or that there is noise. The Cuban press is hardly noticed, it hardly exists. Perhaps it’s the presence of other forms of press that manages to shine a little light upon its libel, upon its official grey pages.

News writers are like small versions of Bach in front of a piano, who play the same melody over and over again in front of a church full of emptiness, where sound doesn’t travel given the fact that sound waves need air particles to disseminate. Without air, this dwarf-like press suffocates, without personality, stuttering, typical verbal vomit worthy of any slapstick scene or from an Alfred Harry play, where characters would demonstrate the nonsense lack of coordination and hilarity of life.

The only thing we have left is the reflector of our alternative press, which isn’t really that alternative, but rather another way of writing, another channel, another pitch which still lacks the legitimacy of permanent readership and the necessary gravity to deal with the long-forgotten subject that is Cuba. Sometimes, these magazines become places where you can write passively, so as not to go looking for problems, to make money and to live. 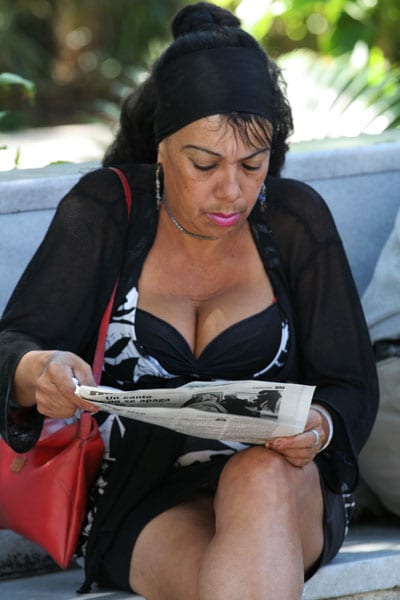 One of these spots which is featured on the inclusion plan, el Toque (The Touch), claims to tell every kind of story, but a lot of the time, they just cover tiny events which are worthy of after dinner chatter. They’re just tiny snippets that say nothing about the important, necessary truths we need to talk about today.

Another media outlet, Oncuba, has swayed between a complacent take on things, nihilism, appalling hypercritism and half-told stories; between temporizing with and then opposing with empty words, perhaps trying to form alliances, wanting to fill a space that others have also wanted but weren’t successful.

Then you have reporters from foreign media, whose balancing skills mimic that of a circus performer, because balancing for them is establishing the fair measure between what they get paid to do and what others allow. In this to-and-fro game, the media’s agenda barely pays attention to common interests, to the Cuban, this subject who lives a reality which they make a killing off of, from using so much ink and megabytes.

At the end of the day, nobody talks about the reader. The reader is just a superpassive being, who at the rate it’s going, will never be able to understand great works of literature. He’ll get tied up in Rayuela, he won’t understand the Cuban masterpiece Paradiso, he’ll avoid any poetry that’s barroque or even elementary. Syntaxis becomes predictable, reality too. Journalists don’t even have to predict anymore.

Now, we have blogs, narrative journalism, allegories and protests which speak from intellectualization. However, you get the impression that they’re not so interested in the common reader, the subject which creates and lives the reality that so many take advantage of.

Those who blurt out this journalism, while others cover each other’s noses and read it between themselves with the hope to praise or hate one another. There are too many qualifications and disqualifications that rain down from the amount of ink sweated in the name of personalities who fill their bellies, travel and make a career for themselves.

Cuba’s media reality is so inclined towards this kind of oportunism that you could even forgive a journalist typing on the State keyboard. You feel somewhat sorry for him/her because they lack the ambition to reach the highest “alternative” profiles where they’ll never participate in the congresses that are so intellectualized and propose thousands of academic rewards on the other side of the sea. 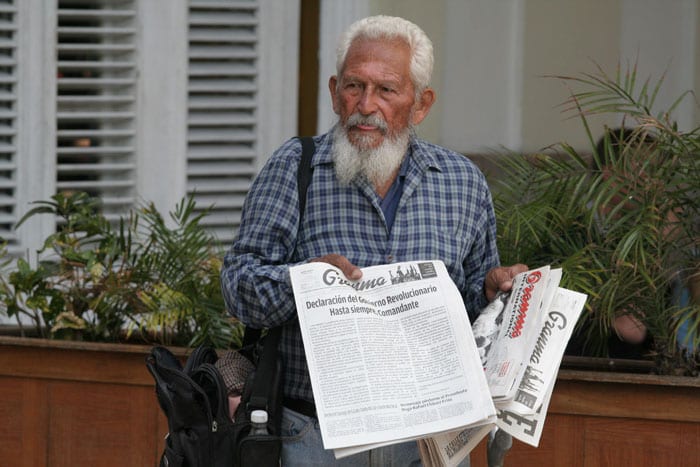 Cuba doesn’t expect anything from this Academy, but this Academy expects everything from Cuba. We’ll never have a better reality or media on the island, but we will have better perks for those who know how to milk the gold mine that leaves our press ringing uniformly. This Academy seems like it wants to do everything, but it doesn’t really want to do anything.

Those who really understand and feel, still have to struggle their way through a sea of oportunism that’s masked as truth, in the sands of oblivion, in the eternal ungratefulness of so many beneficiaries. Our press has died out and so has everything else that resembles it. Many people come forward and grab hold of words, sometimes clumsily and without formal education, they tell us what they say, what they think, what they feel. This is the reader, the outcast, this is what the people’s cry really is.  Without right-wing, left-wing and centre round about sentiments, these people only want to speak clearly, without prejudice and they want to be heard. There’s a cathedral of thoughts lying beneath the rubble that is the State’s press.

Today’s priority now is to make this cathedral stand once again, without architects coming from all over the place, stealing pieces of stained glass windows and painting them in other colors, taking us back to the times of monotony, silence, conflict, to the Cuba in which many don’t fit, to the island absent in  the media.

When the time comes to write the truth and not to ask which side is best for climbing up the ladder the fastest, this underground, rebellious and non-conformist journalism will exist. It doesn’t ask for permission, it doesn’t enter alliances, it’s only agenda is the reader. Yes, because being alternative isn’t only about putting yourself on the other side, but to be on the right side, alongside the ethics that are painful.

15 thoughts on “Cuba’s Dying Press and What’s Next”