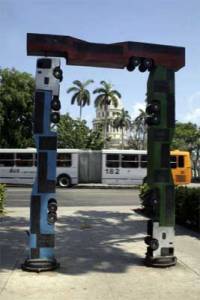 HAVANA TIMES, April 26 — Cuba is going through critical moments in its history that are marked by the physical decline of Fidel Castro, the open recognition of the general failure of the “state socialist” model (which is really nothing more than concealed state monopoly capitalism), and the struggle for either the restoration of private capitalism or the advance toward to a new truly democratic socialist society.

An additional factor is the complex situation facing our sister nation of Venezuela and its possible impact on the Cuban economy.

The government-Communist Party — pursuing its politics of “updating the model” — favors the continuation of wage-labor exploitation by the state and by private domestic and foreign entities over self-managed cooperative forms of production, which would epitomize socialism.

In the meantime, they are seeking to maintain absolute state control, particularly over the economic activity of society.

At the same time, we can see contradictions in the official statements concerning their willingness to carry out democratic transformations in the political system: Raul Castro speaks of greater democracy within the party and society, just like the party billboards express the idea that these changes on the island are for more socialism; nevertheless economic reform czar Marino Murillo bluntly says there will be no political change in Cuba.

However, facilitated by the democratic and libertarian deficits in the current statist model of society, we see a realignment of the pro-capitalist forces, some from within the state and others that are outside of it. They are changing their approach from one of confrontation to more peaceful means and to dialogue; while from the diaspora, well-known capitalist figures are showing themselves willing to join in the “updating” with their investments.

Some argue that these movements may reflect the existence of a tacit sort of agreement between the pro-capitalist wing of the party-government, part of the hierarchy of the Cuban Catholic Church, major émigré investment groups and the reigning US Democratic Party, as they seek a peaceful transition towards the restoration of private capitalism – but like in China, maintaining strict communist party control over society.

The recent visits to Cuba by the Pope and prominent Cuban-American businessman Carlos Saladrigas could be contributing to this framework. 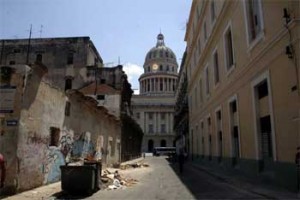 The US government maintains many of their laws to keep the blockade/embargo in place, though they have loosened some of its strings (remittances, the sales of food and medicine, Cuban-Americans, and travel and cultural exchanges) while demanding “democratic changes” that the Cuban government seems unwilling to undertake.

The possible re-election of Democrat Barack Obama is creating expectations around the continued loosening of other strings of the blockade.

The recent Summit of the Americas showed the isolation of the blockade policy, something which the US government must take into account. Though absent, Cuba was the real star of the event.

The inflamed and brutish north is ready to even intervene either militarily (if Cuba were to apply massive repression) or with the investment of “generous” amounts of its capital to “develop” the country (like in China) and exploit (in collusion with the state) the huge “human capital” created over the past 50 years of the revolution.

Continued Disarray on the Left

In the broad democratic Cuban left — critical of traditional statism but also anti-capitalist — there abound concerns and warnings about the future of the country and the outcome of the “updating.” However, though there are some programs and many individual statements, what is not appearing is the necessary synthesis, harmonization or articulation of our positions. There’s considerable confusion.

Parenthetically, we recently heard about an official policy on cooperatives around which experimentation is being conducted, but then there appeared a local official on TV here in Havana arguing for greater state control of the cooperatives.

He suggested that cooperatives of parking attendants for multi-unit buildings – perhaps the most authentic of all existing forms of cooperatives today in Cuba — should be returned to the State fold in order to reach a higher level.  Such occurrences indicate how all socialists must  be on alert!

It’s time for the left — all those individuals and collective defenders of anti-capitalist, socialist, and revolutionary democratic ideas, ranging from intellectuals to certain officials within the party and the government, and especially the many rank-and-file communists — to consider regrouping our own forces to defend the popular gains previously achieved (particularly free health care and education), and for all of us to form a common front against private capitalist restoration – whatever its source.

If we fail to realize the historical moment in which we’re living, if we’re incapable of leaving behind sectarianism and one-upmanship, if we do not form a broad front capable of upholding the revolutionary road, we could be approaching the painful end of this socialist experience. 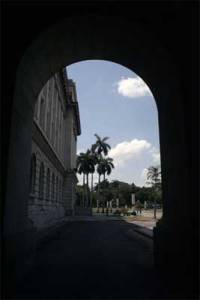 We will see ourselves overwhelmed by the full restoration of private capitalism that is rapidly advancing with government compliance, or by the possibility of imperial intervention (Cuba isn’t China) to the extent that the Cuban government continues to refuse to carry out the democratic reforms that increasingly more people are demanding.

Time for rolling up our sleeves

Supporters of a more participatory and democratic socialism have always expressed our readiness for national dialogue without exclusion, for reconciliation among all Cubans in the search for a common path accepted by all and for the good of all.

What is done must be based on the agreement of everyone and not just those holding political or economic power. But in the meantime, the broad left should come to an agreement on and harmonize our positions.

Democracy yes, but for everyone – where everyone as a whole decides on the fundamental laws that affect us all, meaning there must be agreement concerning what investment projects to pursue using the people’s money, consensus on the structuring of the national and municipality budgets and the adoption of all public positions through referenda by direct vote using secret ballots. This would mean direct, participatory democracy, where the people themselves decide their own fate.

Everyone on the left must “roll up their sleeves,” think about this situation and try to take the position that they deem appropriate, beyond the continued acceptance everything that is imposed on us in the guise of participation.

6 thoughts on “Cuba’s Left Must Roll Up its Sleeves”