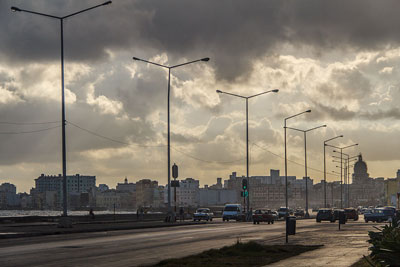 HAVANA TIMES —The announcement that the Cuban government plans on eliminating Cuba’s two-currency monetary system has awakened numerous concerns among common citizens and analysts. This was to be expected, for, even if we assume the simplest and most vulgar point of view on Cuban reality, it is clear that this is a serious issue that is going to change many of the rules of the game on the island’s playing field.

We should not imagine that the world is going to change after the two peso currencies are fused into one, but neither should we underestimate the significance of the measure.

I think that one of the most interesting things we find in the First Report of the Cuban Civil Society Consulting Group recently published by Cubaencuentro – I haven’t been able to find out who these people are – is the statement that some believe Cuban society is changing for the better and others for the worse. Ignoring such changes condemns us to idly imagine a society which is disappearing more and more every day. 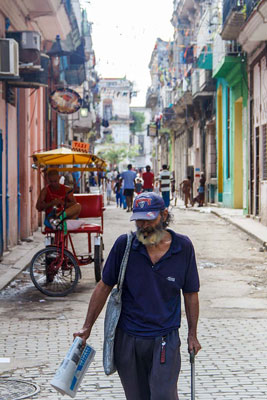 The two-currency system was an emergency measure implemented by Cuba’s political class during the worst moments of the stifling economic crisis it brought about. It was also a monetary scheme suited to the economic system Fidel Castro then envisaged: a dual economy with a dollarized, dynamic sector, and a weak, Cuban-peso sector sustained by infusions from the first via payment balances.

It was the system that the military conspired against with its company streamlining campaign throughout the 90s and what former vice-president Carlos Lage promoted with unbridled Fidelista fervor until his political decapitation some years back.

The two-currency system has been maintained, and not without reason. Future studies will reveal to what extent the existence of the two currencies and parallel economies, and the diffuse border between the two which always provided those who crossed it with differential profits, has been a key factor in the original accumulation of Cuba’s emerging bourgeoisie, a class which today is nestled in the folds of the country’s political elite, the black market and foreign investment.

Currently, however, the two-currency system proves unworkable in terms of affording Cuba the quota of technical rationality and transparency its system requires.

If the so-called “updating process” aspires to a minimum of coherence and is at all serious in its efforts at restoring capitalism (be it the Chinese, Russian or Antarctic variety), then, it has no choice but to re-establish the one-currency system.

I don’t know how it’s going to do it, something which should not be surprising (as I am not an economist). However it is likely Cuban government officials also don’t have a clear idea of how to go about it. To date, very little has been explained, and there isn’t even a rough chronogram, which suggests the whole process will advance as slowly as all of Raul’s reforms. 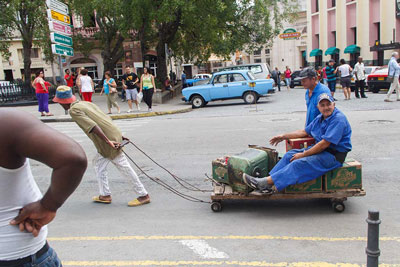 A single currency is not going to give people greater access to the market; it is only going to eliminate all legal barriers blocking such access. That could well give rise to frustrations similar to those experienced by Cubans upon realizing that having a passport doesn’t automatically get anyone on a plane.

This monetary unification, to be sure, is going to have an unquestionable impact on Cuban society, for, what we are talking about are the direct effects on the prices of merchandise sold in Cuban pesos, which, in turn, conditions the prices of other things, including labor power.

We can also predict that, in the short term, money laundering operations will emerge (be it in the form of bank deposits or real estate purchases) in response to subtle government threats regarding settling scores with those who have accumulated ill-gotten money.

If that were the case, we would be seeing a number of collateral phenomena involving the black market, concealed practices and repression which have already become part of Cuban culture.

In short, this is an issue to follow, as the Cuban president likes to say, patiently but surely. So, let us take a seat, put away some bills as numismatic memorabilia and reflect on what is to happen in a society where, for the longest time, something new is always going on…for better or for worse.
—–
(*) A Havana Times translaton of the original published in Spanish by Cubaencuentro.

22 thoughts on “Cuba’s Monetary Unification: a Turn for the Better or for the Worse?”