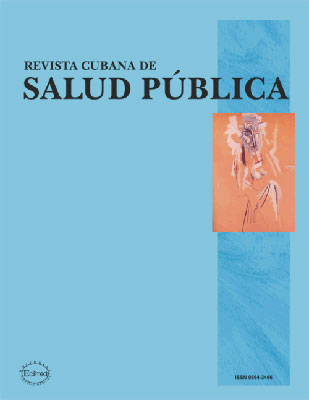 As almost everyone knows, official Cuban newspapers showed themselves immensely reluctant to publicly acknowledge the different epidemics that broke out around the country in recent years. Whenever there is an outbreak of dengue, for instance, major and local papers seem to turn their backs on the problem or show more interest in the misfortunes of distant nations. The massive campaigns launched by the country’s public health system are evident for most citizens, save government journalists.

Unsatisfied with this state of affairs (as many of us are), Dr. Suarez Rosas elucidates the disadvantages inherent to such secretive practices. In his article, he points out that there is no shortage of scientific knowledge about and experience in the management of epidemics, in Cuba and abroad. This, which should help reduce the number of such outbreaks and their impact on the population, is only undermined by concealing information from the public, a practice which encourages the spread of every imaginable rumor.

Cloaking the reality of an epidemic with a veil of silence, Suarez argues, in no way contributes to reducing the incidence of the disease, for an uninformed population can never attain a realistic perception of the risk of contagion or the gravity of an illness. It isn’t hard to see how such questionable practices hinder the social mobilization needed to combat such means of disease transfer as the Aedes aegypti mosquito, which is a carrier of dengue. Suarez asks:

“Does the fact that doubt exists as to whether a dengue epidemic is currently being concealed from the public in Cuba in keeping with the ethical standards reached by Cuba’s public health system?”

According to the author, the common strain of dengue was first introduced into Cuba in 1977. Despite concerted efforts to eradicate the carrier of this disease, a considerable part of the island’s population was infected. As of the tragic epidemic of 1981, this insidious virus would become one of Cuba’s most persistent epidemiological problems.

In the 80s, Cuba’s national public health system was given considerable financial impetus and sought to become an internationally renowned healthcare model. Deprived of East European subsidies starting the 90s, the system invariably deteriorated, despite different government plans and initiatives of varying success.

New dengue epidemics have since broken out across Cuba’s public health panorama, most intensely between 2000 and 2002 and in 2006. Suarez was unable to find official mention of the dengue cases reported in 2012, though less secrecy surrounds the cholera outbreak experienced this year. In this connection, the author explains that “in the Pan-American Health Organization report on dengue cases in Latin America, submitted on epidemiological week 36 (last updated on September 25, 2012), we find no reports from Cuba. In the row for the country, what you read is: ‘Without reports’.”

As for me, I don’t need an official report to know there’s dengue in Cuba. My two parents caught the infection and had to be admitted, simultaneously. I can therefore echo the author’s opinions when he writes that:

“Whether cases of a particular disease have been detected, or not, is the kind of public health information and issue that demands a very thorough ethical consideration, and which requires a responsibly transparent means of informing individuals and population groups that does not distort, conceal or hijack any information. In many cases, such practices are a matter of life and death.”

In the author’s opinion, secretive practices, and the questionable ethics behind them, are totally at odds with a legacy of Cuban health professionals which spans hundreds of years. Cuba’s health system, he adds, constitutes one of the country’s treasures and an immensely valuable resource for the island and other countries around the world.

In view of this, he argues that re-establishing health practices that are more in keeping with the humanistic principles and the respect for truth shown by earlier generations of Cuban health workers must become a priority in the process of addressing the sector’s problems.

Most articles published by Cuba’s Public Health Journal are characterized by unconditional praise of the government. It is also evident the journal has a limited readership, confined to small, professional circles. It is therefore encouraging to see that individuals calling for greater respect towards citizens begin to be published in the journal, and that more and more voices are demanding the right to access accurate information about vital issues, through the newspapers that supposedly belong to the people.