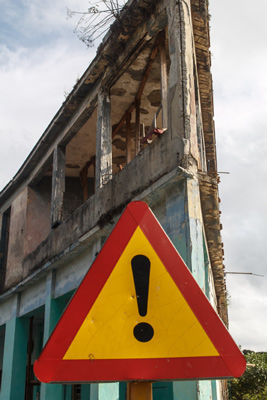 HAVANA TIMES — On several official occasions, the Cuban leadership has made mention of the so-called “Conceptual Bases of Cuba’s Socialist Economic and Social Model,” without going into these in any depth. From what we can infer, the government has set up a number of mysterious commissions now working on whatever it is they understand by this.

It may seem like rather unimportant information, but we could situate it within a context where it becomes significant indeed. As we know, President Raul Castro stated that the system that had been in operation until recently had taken the country to “the edge of the precipice,” and that his government was implementing a series of reforms that would transform the country and bring about economic and social changes which could not have been conceived of a few years before.

We can point to the Guidelines of the 6th Congress of the Communist Party of Cuba (2011). We can also evoke the discussion surrounding the need to change or retain the 1976 constitution, modified in 1992 and 2001. We can do all of this before even touching the agreements reached by Castro and Obama, announced on December 17 last year.

So, it isn’t hard to imagine that a team of technocrats, military officers and other people close to Raul have been meeting for some time, cooking up the ideological, economic and political pillars of the system that is slowly maturing in our country. I have already voiced my clear condemnation of this eminently anti-democratic maneuver, and believe it worthwhile to reiterate the basic demands the government ought to address and which I have already expressed in a previous post:

Beyond this, I believe all citizens concerned over the destiny of their lives and country should urgently become involved in many different ways – people have to become informed and take part in developments, run to the plazas, the agoras, cyberspace, any public space. All workplaces, study centers and communities must become the places where the opinions that underpin the future of our nation must emerge in a free, participative and democratic fashion.

I intend to use this space and all others within my reach to defend this position. I invite, encourage and call on all people of good will to make use of their civic and human rights at this highly delicate and unique moment. If people become aware, if their concerns spread through contagion and the will to influence developments through one’s opinion and resolve becomes generalized, we may stand a chance to steer these “Concepts” and snatch them from the hands of those who have hijacked them.

In a debate as important as this one, everyone must expect their sacred right to express themselves, question decisions, ask questions and advance responsible proposals to be respected. The only restriction I defend is this one: that there be no room for a discourse of hate or discrimination. If these discussions are to take place and have any sense at all, everyone must feel confident of their right to contradict any conviction or principle exposed by an other, if their conscience so dictates. That should not lead to any commotion – it is a simple difference of opinion that have to be brought together in the search for a constructive consensus.

In such spaces, a number of the ideals that have defined the Observatorio Critico collective will doubtless be defended: the demand for the emancipation of all aspects of life, solidarity and equality among people, principles of respect towards the sovereignty of peoples, respect towards and care of the environment and others.

Without a doubt, we would also need for people to analyze a number of terms whose use and abuse weighs on us as a country today: socialism, anti-capitalism, anti-imperialism and revolution are some of these terms. Unfortunately, they only prompt suspicion in many people (who have heard them ad nauseum, but haven’t exactly seen them). Again, it was Raul Castro who said, directly and in person, that our society was at the “edge of the precipice.” 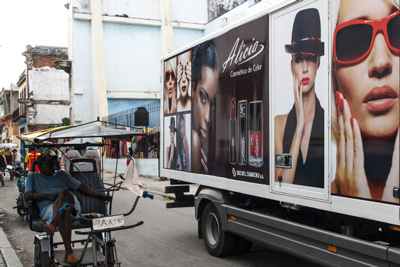 Freedom of expression, democracy, civil society, the right to information, property, exploitation and other words will be arranged into a different consensus. It would be ideal if these became familiar terms and for them to be defined scientifically, devoid of manipulation from any political camp, that they be framed within particular and general contexts. Knowing that, in the hands of the people, some precepts are achievements instead of threats, will lay the foundations for the nation’s development and prosperity. To socially acknowledge the egotistical and reactionary nature of other precepts will allow us to annul their worst repercussions.

If a political party, or more than one, must have any role within society, it cannot be exempt from scrutiny by the people. Under what conditions they can be granted the right to become a political agent, how, and what safeguards would be in place to protect society from abuses of power and corruption, are things to be decided collectively.

A document drawn up in secret by a group of people that serve specific interests can never be considered legitimate before the eyes of the nation. I hope this pamphlet-like post can act as a kind of introduction, an invitation to participate in the creation of popular, national and democratic guidelines, the exact opposite of what is being prepared for us today.
—–
Photos: Juan Suárez

5 thoughts on “Deciding the Future of Cuba”