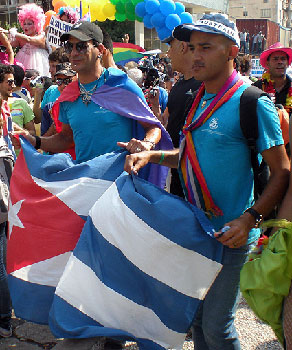 HAVANA TIMES — Is homosexuality natural? The fact that same-sex couples are currently incapable of procreating was one of the arguments wielded in support of the negative at a recent public debate held in the Faculty of Biology of the University of Havana.

Faced with the scientific precept that the success of a species depends on its ability to procreate and “propagate” its genes, it would seem that the “disability” of homosexuals that many insist on is completely irrefutable.

This essentialist posture, which implicitly denies the viability or “naturalness” of homosexuality, can, however, be questioned from several perspectives, some of which I will attempt to elucidate briefly below.

One of the first impressions I’m struck by in this connection is that, given the socio-biological origins of human sexuality (including homosexuality), it seems illogical to claim that something which exists in nature, something produced by nature, is unnatural.

Such a claim stems from two common mistakes. The first is to confuse what is “normal” with what is “natural”. That a given process is not the norm in nature does not imply the process is unnatural. This is the reason these kinds of debates always try to avoid throwing the word “normal” around.

The second mistake is the attempt to locate the human species and the production of meaning outside of nature. Hence such misleading phrases as “to come in contact with nature” or “our natural surroundings”, which seem to imply that, in some circumstances, we can become detached or separate ourselves entirely from nature. 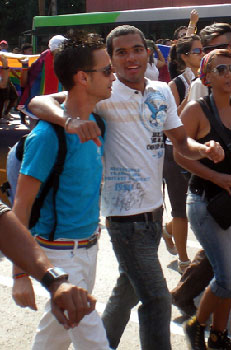 Another line of argument used in these debates is strictly biological: the success of a given species (that is, its capacity to extend its existence over time and space) is the result of innumerable processes which are neither conscious nor pre-determined.

The stale positivism of Cuba’s biological schools of thought sometimes appears contradictory. On the one hand, it seeks to explain the morphology and physiology of certain processes or structures without allusion to any ultimate goal, and, on the other, it supports a conception of gradual evolutionary processes which underscores such “ultimate goals”.

For instance: birds do not develop wings in order to fly, they simply have wings and many of them do fly, with the exception of penguins. In fact, many human beings also fly on planes or using hand-gliders, and no one seems to think any less of them for it.

Similarly, the sex drive, eroticism and sexual excitation exist, not so that we may reproduce, but as phenomena which, many a time, are part of the process of reproduction. This becomes evident when we compare the number of times we have sex in the course of our lives and the number of times we actually procreate.

If this weren’t the case, why would heterosexual couples continue to have sex after they’ve had children? The fact that the sexual act is not an exclusively reproductive process is more than obvious. We’ve even seen this outside our species, in the homosexual practices of our pets.

Despite this, it would seem that the rather anti-ecological passage from the Book of Genesis – “Be fruitful and increase in number; fill the earth and subdue it. Rule over the fish in the sea and the birds in the sky and over every living creature that moves on the ground.” – continues to govern Cuba’s school of biology. 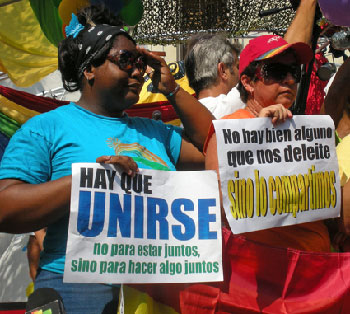 The fact of the matter is that human beings have gone over the production aim in terms of procreation, and positivists should not be offended by such theses as: the demographic explosion of the human species may have resulted in natural birth-control strategies like homosexuality.

Suffice it to recall that more astonishing phenomena have been witnessed and documented. For instance, there are certain fish species that, when faced with an overpopulation of males or females, naturally change their sex to re-establish the balance in the population. There are mammals that have both male and female reproductive organs.

There is, also, a bit more to be said about the “success” of the species positivists refer to. At any given moment, a population is characterized by many different internal processes, and it can happen that certain individuals never reproduce (recall worker bees, or ants), without thereby undermining the species’ chances of survival or “success”.

This behavior seems widespread among social birds and mammals, particularly marine mammals and primates. Many of these are cases of permanent homosexuality, which is observed not only in species that form lasting couples, but also in monogamous ones, such as sheep. 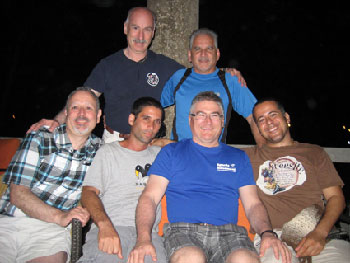 Lastly, as Mariela Castro rightly pointed out during the debate with biology students at the University, the attempt to de-naturalize non-reproductive practices only benefits those who discriminate against homosexuals.

The same goes for attempts at identifying a gene responsible for homosexuality. Why these efforts? To isolate and extirpate it as an undesirable flaw, through genetic engineering? To transform us into a pure species, something like the Aryan race?

According to a study by Nicolas Joueve de la Barreda, the role that genetic inheritance plays in these phenomena has yet to be determined with any exactitude. For Dutch neuroscientist Dick Swaab, sexual orientation is determined by a great many factors, such as neural circuits, genetic inheritance and hormones.

The Studies conducted by U.S. scientist Alfred C. Kinsey in the 1950s concluded that the vast majority of the population in the United States at the time had had at least one bisexual experience in their life, while only a minority (5-10 %) was exclusively heterosexual or homosexual.

French philosopher Michel Foucault’s thesis regarding the history of sexuality even denies the objective existence of sexual identities, which he considers social constructs.

Human diversity is at once beautiful and mysterious. Uncovering its different mechanisms is a thrilling journey, and the contribution of science to this process is vital. But we should be careful.

Without the development of an emancipatory bio-ethics, without the participation of the individuals involved or implicated, it can be converted into a totalitarian weapon. Honest physicists discovered nuclear energy…and see what use it was given later.

What if there was no such gene, and psycho-social factors were the only ones responsible for the development of homosexuality in our species? Would it therefore be less natural, less dignified?

Western culture could play a dirty trick on us, for its conception of homosexuality is deeply reactionary and hegemonic. We must not drop our guard.
—–
Notes:

3 thoughts on “Evidence of Nature in Homosexuality”