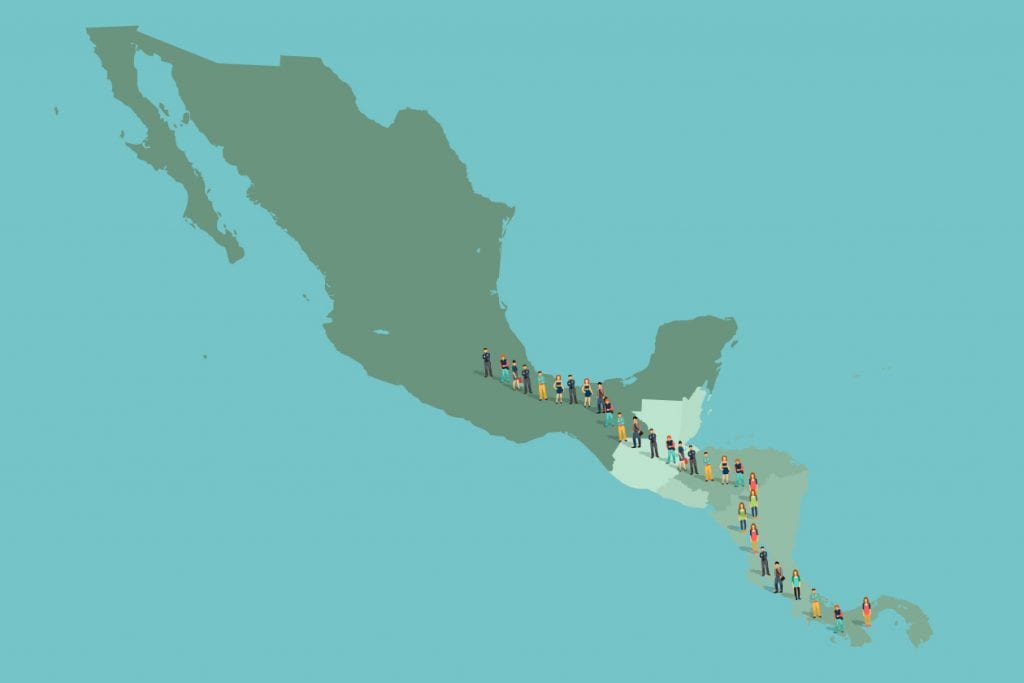 “No Central American wishes to leave her country and leave behind everything she loves, we are not here to take your jobs or to cause violence”.

HAVANA TIMES – Three months ago I moved to Mexico due to the social and political crisis in Nicaragua. I live in the capital, a fairly overwhelming city. Just to give you an idea: more than 6 million people ride the subway each day—the entire Nicaraguan population in just a couple train stations, a city with more than 8 million inhabitants inside of only 1,485 square kilometers.

Regardless, this was not the biggest shock I’ve had to deal with. Thousands of Central Americans, the majority of which are poor, migrate through Mexico on their way to the United States, seeking an opportunity far away from the violence and poverty of our countries. So it is quite normal to run in to other Honduran and Salvadoran brothers and sisters asking for spare change in the subway or sleeping in the streets, hungry and cold.

This year in October the Migrant Caravan started out, a large group of Central Americans that are trying to make it to the United States in search of safety and employment. The Mexican government reinforced its southern border and at first shut the gates to entire families, which generated a wave of criticism from international organizations and awakened the xenophobia of millions of Mexicans.

I am from Central America, just like the thousands who are in the migrant caravan, but my privileged status affords me a different type of treatment.  I am fair skinned, have a college degree, entered with an US visa [in my passport] and work in an office.  So most people just ignore my accent and treat me equally.

However, even though the Mexicans believe that I am different, I am not.  I consider myself part of that caravan and whatever offense befalls them is also done unto me. Such that for the last month, I have had to deal with subtle but direct comments against my people. Those making the comments believe that I will not take it personally because I am not poor or “illegal”.

Social media here is inundated with xenophobic memes and fake news about Central Americans saying we are “ungrateful” and “criminals.” You walk into a store, and you hear a couple of young people making class-based jokes about Hondurans and using the terms to denigrate themselves. At a party some people said to a Nicaraguan friend: “hey you, why doesn’t the Central American bring us some beers?” To another friend they asked very sarcastically if she was going to want some beans after the video that depicts a lady complaining about the food she was brought [at the migrant camp].

These jokes that may seem inoffensive, for us are like a gut punch. We are also here fleeing violence, in search of opportunities for better wages and to help our families. I am part of that caravan: the only difference is that I didn’t have to walk thousands of kilometers, carry a child in my arms, or cross a river to get here.

To my Mexican friends: your xenophobic comments do hurt and offend me.  No Central American wishes to leave their country and leave everything they love behind; we’re not here to take your jobs or cause violence.  We are escaping a region governed by murderous dictators and gangs, who at the very least, are extortionists.

We know there are thousands of earthquake survivors who have not been taken care of by the government, but we are not here to take away their help.  To the contrary, we help them after the catastrophe and then we are available to help again. In the same way that you all cross over to the United States and contribute to the economy of that country, we also cross the border with the expectation of working hard and earning a living. I wish we all lived in countries where nobody would need to migrate in order to have a dignified life, but it just isn’t that way.

And no, not everyone is against the caravan, there are millions who recognize our situation and support those who are seeking asylum. We are grateful to you, for seeking forgiveness and for supporting the aide centers.  Thank you for your empathy, something that is sorely lacking in these times.

On previous occasions when I visited Mexico as a tourist, I was enchanted by her people, always friendly and kind.  I have had the pleasure of meeting incredible Mexican people and even fell in love with one. I love their country; their culture has influenced me since I was little, and say nothing of the cuisine, that without a doubt, is the best in the world. I came here with the hope of stabilizing my life and to deal with my depression crisis caused by the situation in my country. I have felt welcomed, and every day I love this beautiful chaotic city a little bit more.

Dear Mexico, no Central American wants to affect or change this incredible country. In the middle of so many fascist governments that promote hatred, as a community we must resist and support one another.  Latin America is a region that has bled for many years. Let’s not become like the ones who have caused us to bleed. Mexico, please don’t treat us like invaders because to migrate is a basic human right.

3 thoughts on “From a Central American Woman in Mexico”