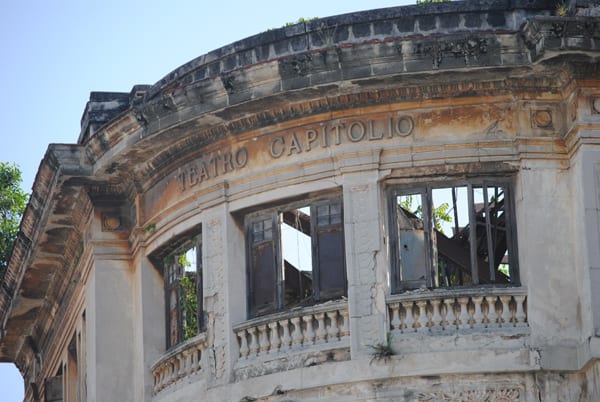 HAVANA TIMES — It’s an oft-repeated desire among many US citizens: “I want to visit Havana before the we ruin it, with McDonald’s and Starbucks on every corner.”

Well, fellow US citizens, after visiting Havana three times in a year since “the opening,” I have good news and bad news.

The good news is that Havana has not yet changed.

The bad news is that Havana has not yet changed.

Despite a noticeable increase in US visitors, tour buses and cruise ships, Havana remains one of the most beautiful, historic and exciting cities on earth. The people— the heartbeat of Havana— are still warm, welcoming and, on the surface, happy!

Healthcare for every Cuban is free. Education— through University level— is free. (As a result, Cuba boasts one of the highest literacy levels in the world). And housing is mainly owned by its dweller — though much housing is being sold off or rented out through American companies like Airbnb. 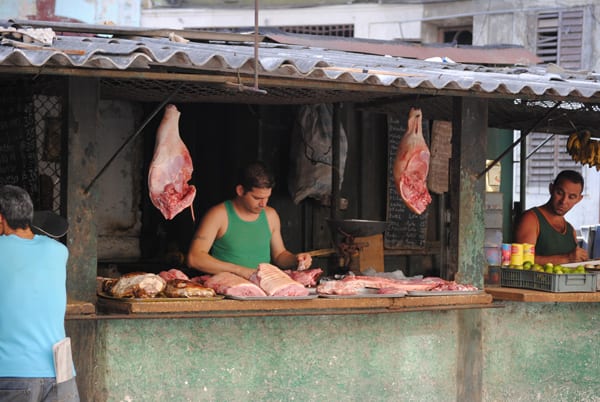 Havana is a totally safe destination for tourists, as well as for locals. The reason is simple: Fidel and Raul frown upon guns and drugs. Neither are tolerated or present on the island.

But the more time one spends in Havana, the more one realizes how difficult daily life is for Habaneros.

You will never find everything you need at a market. I frequented the Focsa building and one day they’d have beer, the next day none. Same with bottled water. There are very few canned foods and none frozen. There are no cartons of eggs— you buy those loose at a separate vegetable market. Meat is, in many areas, available only from a street market where the butcher cuts it in the open air, flies and all, in 95-degree heat.

The famous Cuban coffee is mostly exported, while locals get by on coffee cut with roasted peas.

There are still two currencies— Cuban pesos and CUCs, convertible pesos— which is confusing for tourists and merchants. And the Cuban government still imposes a 10 percent tax on the conversion of US dollars. I keep reading on the internet that this has changed. But it has not.

The exquisite Spanish/Moorish architecture omnipresent in Havana is unparalleled anywhere in the world. But it’s all in a grand state of decay, due to time and years of salt water decomposition. The city’s lead architect has done wonders with many buildings but too many remain in great need of renovation and restoration.

Streets are pot-holed and torn up everywhere. Air pollution is gagging, due mostly to the famous Classic American cars which have no catalytic converters, as well as double-length city buses.

The delivery of fresh water is in great peril as all of the city’s water pipes are leaking and in need of replacement. No, don’t drink tap water. Or use ice in your mojito.

And now the PCC (Cuba’s communist party) is warning of an impending “Second Special Period” due to the cutback of Venezuelan oil. This will mean power outages and mandatory employee work reduction to save power. The average Havana resident still earns only the equivalent of $30 U.S. dollars a month. 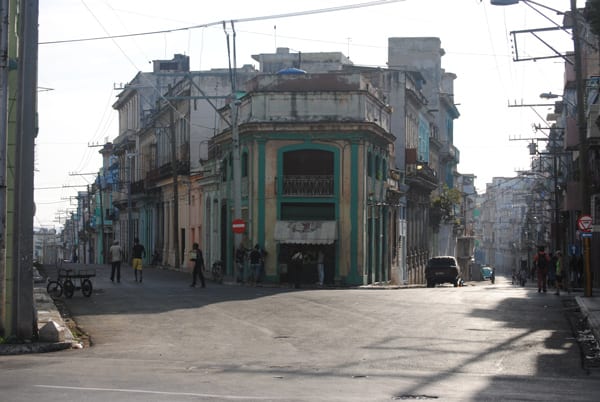 The Cuban government also stated recently that internet connectivity in Cuba will improve only “as allowed by the economy.” Read: No time soon.

Will Havana change at the hands of US visitors?

Not any time soon. My projection to repair Havana: At least 10 years.

Before there can be a McDonald’s or Starbucks on every corner, the Raul Castro administration will have to commit to rebuilding all of the city’s infrastructure, beginning with replacement of the entire sewer system (which entails tearing up and replacing every pipe and street in Havana) and ending with the restoring facades of all its buildings. All of which will take money and time. It will also take equipment which Cuba does not manufacture and is not currently able to import.

Si, Yanqui, you may visit Habana without any fear that it may have changed.

Just remember, it has not changed.
—–
*Michael Richie is a freelance journalist and published author living in Key West, Florida, USA.  “I’m grateful to Havana Times for giving me the opportunity to relate my experiences with the daily life in Havana, the good and the not-so-good, as well as the wonderful nature of the Cuban people.”

29 thoughts on “Has Cuba Already Changed?”