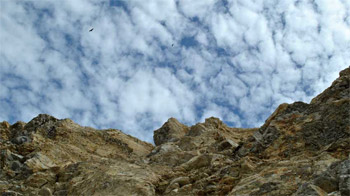 HAVANA TIMES, Nov 25 — Havana Times is now in its fourth year of publishing, and with an ever growing number of original commentaries, reports and photos, both from the capital and eastern Cuba.  Likewise, our readership continues on the rise in direct visits, Facebook, search engines and by e-mail — especially in Cuba.

I was interviewed twice during 2011, and in those two interviews I was able to give anyone interested considerable insight as to how the HT project began and what it proposes to accomplish.

One of the lingering problems we face is our inability to interact with readers as we would like.  This is due to the fact that only a few HT writers can actually visit the site; the rest lack Internet connections.

In addition, many do not even have e-mail service and therefore receive comments and articles by their colleagues second hand, sometimes several days later.

I maintain the dream that someday these technical problems will be resolved (for our writers/photographers and other Cubans), which will also facilitate the editing process.

More and more people inside and outside Cuba comment to us that HT fills a space for diverse information, commentary and photography on daily life in Cuba.

At the same time, others with very closed positions regarding Cuba, its revolution and its leaders, — be they apologetically in favor or rabidly opposed — continue to dislike our publication since it doesn’t subscribe to either line.

Our readership is now averaging 2,200 visits a day and 5,000 page views, about 65 percent in English and 35 percent in Spanish.

I’d like to restate our invitation to Cubans and readers from other countries to join in the debate on different issues regarding the island by commenting on articles presented on the website. We do moderate the posts, but for the most part only to cull out personal attacks or serious unsubstantiated accusations.

One thought on “HT Makes it to Year Four!”