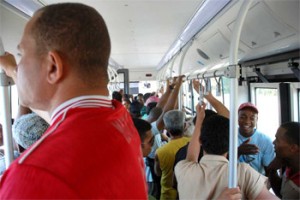 HAVANA TIMES — In the “Guidelines” document of the Sixth Congress of the Cuban Communist Party, the clearest reference to the need for work incentives can be found in Guideline 170 [appearing as Guideline 156 in the final document].

It reads: “Ensure that wage policies guarantee that everyone is remunerated according to their work; that this policy results in quality products and services; that it results in increased production and productivity; and that a real correspondence is established between wages and the ability to satisfy the basic needs of workers and their families.”

Even this evidences that the party’s main goal is not to incentivize work or to meet the needs of the workers; instead, it is to create “products and services” and “increase production and productivity.”

The ends and means are out of sync. The “Guidelines” rely principally on increased production through technocratic measures. Yet they forgot what’s most important: Without the incentive to work, there will be no increase in production.

The wages of workers — not to mention socialism as the path to the abolition of wage labor exploitation — is not the priority of the bureaucracy.

Now, four years into the “updating of the model,” they have again raised retail prices in the hard-currency stores. This action is a means of offsetting the state’s economic deficits that were created by its own policies.

Again, the inefficiency of the statist system falls on the shoulders of the people…onto the workers.

Unfortunately, the government-party is clinging onto its old neo-Stalinist dogmatic schemes of state-centered wage-labor production, the imposition of workplace discipline, centralized “planning,” state monopoly control over markets and the political system of the “proletarian dictatorship” (meaning absolute control by the state-government-party over the country’s political life).

Our “Leninists” still don’t understand Lenin. He pointed out that socialism was generalized cooperativism, and not even their Marxism allows them to understand that the revolution was a change in the relations of production, one in which cooperatives should be the new mode of production.

They fail to comprehend that wage labor was the mode of existence of capitalism and that workers should abolish it and struggle for the establishment of freely-associated labor [cooperatives] and a democratic republic of the workers.

Prices are rising and output is falling, they say, because of rising international food prices.

Yet they forget that Cuba was always producer-exporter of food and that all of their economic philosophy about the state as a centralizer of the property, life and farms of Cubans has caused the country to go from being a major exporter of food to a major importer of it.

So, where’s the problem? Is it with international food prices or with the government’s philosophy and economic policies?

The bureaucracy is continuing with its state-centric policies and forgetting about work incentives, banking that labor will forget about that.

Later, they won’t be able to pin the blame on imperialism or “counterrevolutionaries” seeking capitalist restoration, already hard to identify.

If they don’t know how to build socialism, let the workers do it.
—–
Pedro Campos: [email protected]

9 thoughts on “Ignoring Incentives as Buying Power Continues to Drop”