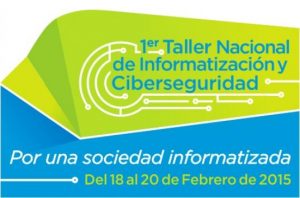 HAVANA TIMES — Different newspapers have reported on Cuba’s upcoming 1st National Computer Sciences and Security Workshop (Feb. 18-20), where experts from the sector will work together to define the policy the country will adopt in this field.

This is a sensitive issue involving our freedom of expression and information, so severely curtailed by the neo-Stalinists in the Communist Party leadership.

The attempts of the conservatives and backward-minded of old to limit Internet access, prevent free debates and centrally control what the Cuban people can and cannot be exposed to – as though so many years of struggle could continue to be truncated by the efforts and arrogance of a handful of people who believe themselves the owners of the country – will be clearly expressed at the workshop.

Let us hope this is not yet another phony invitation to “participate”, so that those who favor not changing anything of what needs to be changed can end up deciding what to do in the end.

Without a doubt, the holding of this workshop is related to the new policy towards Cuba adopted by the Obama administration, whose first steps have been the lifting of restrictions that had been keeping new information and Internet technologies produced in the United States from reaching Cuba.

Till now, it had always been said that we didn’t have Internet access because of imperialist policies.

That spurious argument can no longer be maintained.

The one and only truth is that they have senselessly sought to keep the people of Cuba isolated from this tool, a tool that has given productive forces everywhere the most powerful thrust we have witnessed over the past half century.

Today, for instance, we cannot conceive of journalistic, commercial, productive or even educational activities without the Internet, not anywhere in the world.

Behind the curtains and playing dumb, many Cuban teachers in primary, secondary and higher education give their students assignments that require information which is only available on the Internet. The imperialist conspiracy seems to have made its way to the classrooms as well!

The inexpensive socialization of knowledge that Internet has brought about has unleashed the creative powers of millions of people around the globe. It is the most liberating instrument that has ever been placed at the service of humanity. The Internet not only affords us access to knowledge but to markets as well.

The Internet has already become a necessity, a kind of pre-condition for development.

Thanks to the Internet:

– In Latin America, the struggle of the peoples and the access to parliaments and governments that social movements and the Left have has been made easier.

– We have been exposed to all of the rotten proceedings that hide behind the case of the students who were disappeared in Mexico’s state of Guerrero.

– Alternative left-wing anti-capitalist movements have expanded in the United States and Europe.

– Spain’s Podemos (“We Can”) party is close to becoming the country’s most influential political force.

– We have been exposed to the atrocities of Islamic extremists.

– We have followed the progressive experiences of the broad cooperative movement that exists throughout the world.

– People and workers everywhere are in a better position to demand their rights.

– Police repression can no longer be so easily concealed.

– A black man, with ideas that are quite out there for the US establishment, became the president of the United States.

– A broad national and international debate demonstrated that the policy of aggression, pressure and blockade maintained by the United States was obsolete and counterproductive and had to be changed.

– The peoples of the world are today freer in every sense of the word.

If socialism is the socialization of the economy and the democratization of politics, nothing makes these processes easier as the Internet, which socializes information and knowledge, makes it less expensive to access and allows citizens to take part in the affairs of government more directly than any other mechanism.

Nothing is more intimately linked to socialism than the Internet, the only tool that allows everyone to access everything and contact everyone. Can we think of something more socializing than that?

That is why those of us who defend a participative and democratic form of socialism applaud this initiative and hope that it will not become a closed forum, that it rather be turned into an important step towards the establishment of a free Internet that can be accessed by everyone.

14 thoughts on “Internet Policy to Be Discussed in Cuba”