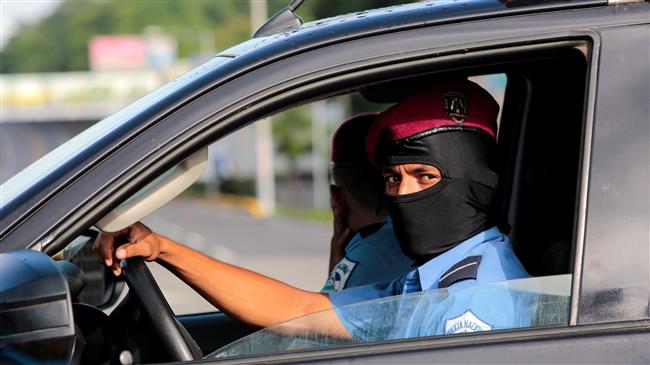 HAVANA TIMES – Ever since the uprising began in Nicaragua, on April 18, 2008, there have been two dominant explanations as to how the series of events transpired. Let’s call them the primary theory and the conspiracy theory.

As a direct witness to events transpiring in Nicaragua, I have ascribed to the primary theory, but there are things that one may never know in their entirety and for certain, so I have tried—throughout–to allow for the possibility that the conspiracy theory may have some degree of merit. That said, I’m prepared, at this time, to reaffirm the primary theory, and to share the evidence I used to arrive at a well-informed conclusion (based on both facts and feelings).

The primary theory alleges as follows: On April 18, 2018, in response to government-imposed changes to the pension system, student protestors took to the streets to protest these changes. Within days, the matter had erupted in violence, students were being joined in the streets by other citizens, and protestors were being killed, injured, and arrested. It was often difficult to directly identify the shooters, as they frequently worked as snipers, shooting from an undetectable and distant locations.

Eventually it became clear that paramilitary forces (hooded men with guns in trucks) were acting as the primary violent force and were responsible for the majority of the bloodshed. (This issue does not seem to be in dispute.) The key aspect of the primary theory is that it is based on the premise that Ortega was in full command of these paramilitary forces. During the first three months, 300-500+ people were dead (depending on who you asked), 2000+ were injured, and many others were arrested (being held and tortured).

The conspiracy theory alleges: (1) that this was not an organic protest, but rather that it had been long in the planning by foreign players, (2) that the protestors were not students, but rather violent criminals and gang members, “terrorizing” the good people and the government of Nicaragua, and most importantly, (3) that the paramilitary did in fact do most of the killing, but that the paramilitary was not acting under the control of Ortega and his people, but rather, under the direction of the USA and/or other foreign governments, or even domestic opposition parties (which had the intention of damaging Ortega and his administration by placing blame directly upon them).

There seems to be a great deal of confusion among those who ascribe to the conspiracy theory as to who actually controls and commands the paramilitary. Nearly every time Ortega spoke in public and was interviewed by foreign media, he offered a different account as to who controlled the paramilitary forces (the USA, Columbia, domestic parties on the right, etc.).

After personally observing the events, as they developed during that period, and speaking with a variety of local people, reading all the articles that I could locate and analyzing the reports of the human rights organization, I laid the pieces before me and studied them.

This article accounts for my most notable observations:

First, I should point out that this analysis is focused primarily on item #3. This is by far the most important issue: (Who did the killing?) Furthermore, the issues tend to be packaged as a single whole for pretty much all versions of the conspiracy theory, and thus a solid case against item #3 is a solid case against the conspiracy theory in its entirety. Furthermore, issues #1 and #2 should be quite easily addressed as individual matters.

2) Paramilitary groups were often seen “communicating with” the Nicaraguan police and they appeared to be working in cooperation. There are many photographs which document these types of occurrences.

3) Public hospitals and treatment facilities frequently refused to treat wounded protestors. Apparently, they were under orders not to do so. As many as 300 doctors and medical workers were ultimately fired for refusing to follow such orders. If the paramilitary were acting under the orders of non-governmental entities or organizations, then this simply wouldn’t make sense. Of course, the government would want to protect and treat the citizens harmed by hostile forces.

4) During the first three months of the siege, paramilitary forces would show up in most towns at night. They would attack, harass, and intimidate, and it was clear to all residents in my community that it would not be safe to leave home after dark. Strangely, the police officers were nowhere to be seen during this period. It was taken as given that, if attacked or robbed, “we” were on our own. There were no police forces to counter the paramilitary. Again, under the conspiracy theory this just doesn’t make sense. Surely, the mayor would dispatch police forces (or even riot police) to help protect citizens and infrastructure. But that simply didn’t happen.

5) To the best of my knowledge, the Ortega administration does not claim to have captured or killed any of the paramilitary forces. This seems highly unusual. If Ortega had such evidence, it would seem that he would wish to share it with the public to bolster the defense of his theory.

6) And perhaps most striking: As noted, this all began on April 18th. Nearing the end of three months, Ortega announced that all the remaining protestors would be removed from any roadblocks and from any remaining positions which they held (such as at universities), just in time for him to declare mission accomplished prior to the July 19th observance of Sandinista Revolution Day. It can be said that he indeed accomplished this objective. (Of course, things are far from over; the “clean up” work of capturing, incarcerating, and torturing continues, and probably will for some time.)

Surely, adherents to the contingency theory must ask how it was possible to time this so perfectly with the actions of the paramilitary forces, which ceased action at precisely the appointed time. If they were trying to make Ortega look bad, why wouldn’t they have done just the opposite? (The paramilitary forces are out and visible on the streets, perhaps making a point, but to the best of my knowledge they have remained passive during daylight since July.) Make no mistake about it: Ortega took this deadline very seriously. He went out the next day, declared things “normal” again in Nicaragua, and entered into a large dollar contract with an agency to promote tourism in Nicaragua.

As for the conspiracy theory, I have drilled down on this, and I have tried to apply intellectual honesty and investigate unhampered by personal biases. In seeking notable contradictions of the primary theory, I have taken the additional step of asking certain people who support the conspiracy theory for evidence (circumstantial or otherwise) in favor of the theory or likewise, for evidence which contradicts the primary theory. So far, I have nothing. I remain open to forthcoming ideas and information.

It occurred to me that there are three groups of people or organizations which, in spite of all apparent evidence to the contrary, stand behind the conspiracy theory. Initially to my surprise, the most fervent are individuals and organizations who might be said to represent some portion of the international-left. These folks cling to the conspiracy theory like oxygen itself.

If you think about it, it’s not so hard to understand why. Many of these people were early (and ongoing) supporters of Ortega and the Sandinistas when the Sandinistas first came to power after forcing a brutal Somoza dictatorship to flee. The US Government worked to dislodge or overthrow the Sandinistas (by supporting the contras). Many of these individuals and organizations were hopeful that Ortega would excel, not only for the people of Nicaragua, but perhaps even as a model for the world. These individuals and organizations invested substantial time, resources, and emotional energy into supporting Ortega (and some still are).

Unfortunately, (a) since most of them weren’t here on the ground consistently, and (b) the transformation of Ortega from Sandinista to authoritarian dictator was a stealthy matter occurring over a substantial period of time, it is hard for these people to accept that they are supporting a version o

Ortega who bears no resemblance to the one who they supported during the early and middle years of his regime (one who seemed to offer hope, compassion, and a new way forward for the people of Nicaragua).

In some sense, everyone was tricked. For most it is a question of when they began to notice, and be alarmed by, the transformation of the man in power.

Secondly, there will always be some support from the locals under any regime, worldwide. (Without a few well positioned supporters, no dictator can hold power.) For the citizens who are essentially pleased with their personal circumstances under the current regime, the conspiracy theory offers plausible deniability, allowing them to “believe” that they have no part (in supporting the regime) for the horrible events which are occurring. In a recent poll, some 20% of citizens continue to support Ortega.

And lastly, there is Ortega himself, and Murillo. The funny thing: Ortega seems somehow least committed to the conspiracy theory. Every time I see him interviewed, he seems to be sort of making it up as he goes, and he appears to be on the verge of falling asleep from boredom. I’m pretty sure I know why: He knows that we know that he knows, but he doesn’t care. Beyond providing a clean path through the conversation, the lie is unimportant. It’s just something to say.

4 thoughts on “Is the Crisis in Nicaragua a Conspiracy or Legitimate Rebellion?”