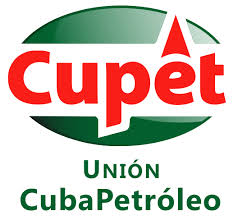 HAVANA TIMES — You could see it coming, there’s no doubt about that. It’s been demonstrated again that our current government will place no obstacles in the way of any profitable operation that capitalist corporations wish to undertake in the country – it doesn’t matter how ecologically or socially damaging these are, or how many negative things the official media have previously said about the wicked imperialists that first implemented it.

In a previous post, I expressed my concern about the possible implementation of a technique known as fracking. At the time, our newspapers had reported on a fairly similar type of operation, undertaken at the oil reserve of Boca de Jaruco, where a joint oil venture made up of Cubapetroleo (CUPET) and the Russian company Zarubezhneft is based. Then, they had applied a technique used for rescuing aging wells and recovering their productive capacities. As we know, hydraulic fracturing, or fracking, consists in injecting high pressure water into the subterranean strata of aged oil wells to make them productive again. The only difference in the technique used at Boca de Jaruco is that, on that occasion, what they injected into the ground was steam.

Well, on the night of Sunday, August 16, Cuba’s evening news offered us a highly suggestive report. The novel technique, an engineer told viewers, consists in injecting steam and water into subterranean strata. The expert acknowledged, very diplomatically, that this operation must be carried out with much caution and that it has been the object of severe criticisms internationally.

The next day, I looked for any follow-up to the news online. The TV news report appears to have been published by official Cuban websites, but I don’t have such broad Internet access. I found some links at Diario de Cuba, 14ymedio, Cubanet, but I didn’t visit those sites because I would like to keep my job for now. I did visit other (and less compromising) sites and found they published the report by EFE which more or less states what Cuban State television aired that I described above.

Let us revisit our current situation. Our country is facing a severe draught. What could be worse, then, than devoting significant quantities of water to one of the world’s most sinister techniques? Given the location of the reservoir, the procedure may not affect underground fresh water aquifers but, when this water resurfaces, what will we do with it? Will we carelessly pour it into the sea, replete with chemical residues, so that it poisons all nearby coastal life (and us, through contaminated fish)?

It is worthwhile recalling that these operations have been implicated in seismic movements. If an earthquake ensues, who will pay for the damages to those affected – to their homes and the nation’s already-deteriorated heritage sites?

What are we to think, now, of the critiques levelled against fracking by Cuba’s official press, back when the technique was being applied only by the “bad guys”? It would be quite morbid to even speculate about what our unconditional ally, Venezuelan President Nicolas Maduro, would say. Maduro had declared that fracking was part of a US conspiracy against OPEC countries, Venezuela in particular.

In my searches, I came across another important article published by Trabajadores (also an official publication of the Cuban government). Back in May of this year, that newspaper published a report I didn’t notice at the time. It dealt with a press conference offered by CUPET and oil prospecting efforts in our country, in the most optimistic tone that any fossil fuel fanatic could muster.

The CUPET Director for Prospecting Rafael Tenreyro Perez spoke of the available alternatives for oil prospecting in Cuba. He made it clear that, for these executives, the ends justify any means. “Some of these technologies are the object of strong criticisms around the world,” he forewarned. Ultimately, however, “there are no saintly technologies: all have pros and cons. Technology must be handled rationally, responsibly and safely.”

At the time, it was made clear, as it is now, that if a situation demanding the application of fracking arose, the technique would be applied. In the best of scenarios, they would follow some basic protocols on the basis of what they understand as “rational” and “safe.” The regrettable thing is that it’s been demonstrated that there is no responsible or safe way of applying fracking techniques, a there is no way to control all of the complex phenomena unleashed many meters beneath the ground.

Cuba’s State-run oil company continues to operate with the habitual secrecy that all State companies in this country maintain before the people: with total impunity, provided they satisfy the demand for economic results made by the governing elite. They’re already using the fracking techniques they criticized so severely before. Tomorrow, something worse will come along and we’ll plunge head first into it.

It would also be worthwhile to ask ourselves whether an ecological or production at all costs posture would prevail even if the matter were publicly discussed. Ecological awareness in Cuba is far behind, and many people, after many generations of austerity and pointless sacrifice, would not hesitate to accept a promise of immediate benefits without thinking about tomorrow.

9 thoughts on “Is the Cuban Gov. Contradicting Its Own Attacks on Fracking?”