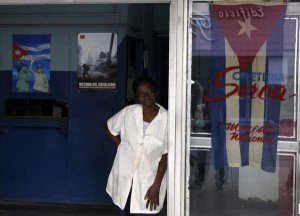 HAVANA TIMES, April 9 — From the very moment of the triumph of the Cuban Revolution in 1959, obstacles began to be put in place so that it couldn’t advance. The US government directed its Central Intelligence Agency to carry out a plan to overthrow the nascent revolution in this country.

Utilizing supporters of the Batista dictatorship who remained in Cuba, and others who had fled to the north, armed bands of insurgents were trained to plant terror in the Cuban countryside.

At the same time, the US was training a military force that would land on the Cuban coast, take a beachhead and ask for the intervention of the US Marines to overthrow the revolutionary government by force.

While that mercenary army was receiving training in Nicaragua, with the complicity of the Somoza dictatorship, within Cuba insurgent bands were committing murders of farmers, literacy teachers and other humble citizens from the countryside. This was the Cuban Revolution’s first “opposition” – trained, armed and paid by the US government.

Everyone knows the story and the conclusion of the planned invasion. The people of Cuba, though poorly armed, defeated those forces within 72 hours.

This opposition tried to deceive the world by attacking the island with planes painted with the Cuban flag and the initials of the Revolutionary Armed Forces. They attacked the main air bases and succeeded in destroying the few aircraft that the country possessed for its defense. 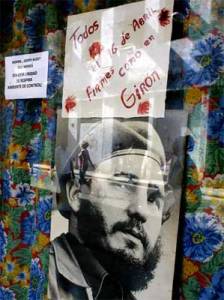 Even in the UN General Assembly, the US representative to that organization presented photos of those aircraft. The effort was to deceive — as always — by lying to the world’s ambassadors gathered there.

Nevertheless, with the few old planes that were saved and with the heroism of their pilots, the revolutionary air force was able to provide support to battalions of militia who fought and defeated the Bay of Pigs invasion attempted by the “opposition.”

Deployed in the waters off the coast of the island were US warships, ready to spring into action had the invasion been successful.

Still, the failure of this operation was not the end of attempts to create an internal opposition.

The groups of guerrillas in the Escambray Mountains and elsewhere on the island continued to receive logistical support and money from the US government through the CIA.

Those forces continued to commit crimes and terrorist acts until the revolutionary militia captured or exterminated them. That was the end of that “opposition” made in the USA.

There exists a document* by a high official of the United States Department of State which recognizes that in Cuba there was no opposition. He made several recommendations to President Eisenhower, stating the following:

“The majority of Cubans support Castro. There is no effective political opposition (…) the only foreseeable means to alienate internal support is by creating disillusionment and discouragement based on lack of satisfaction and economic difficulties (…) 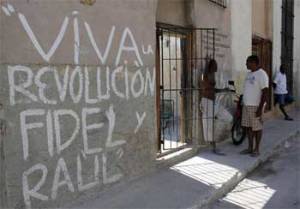 “If such a policy is adopted, it should be the result of a positive decision which would call forth a line of action which, while as adroit and inconspicuous as possible, makes the greatest inroads in denying money and supplies to Cuba, to decrease monetary and real wages, to bring about hunger, desperation and overthrow of government.”

This policy has been implemented since then and they have enacted increasingly harsh laws, ones even with an extraterritorial reach in order to achieve the objectives proposed in the document. Since these have not been as successful, they turned to manufacturing an internal opposition.

What we now call “opposition” in Cuba is another lie. These are individuals recruited by the CIA and receiving money for activities against the Cuban government. This has been repeatedly demonstrated and published on TV and in the press, featuring numerous pieces of evidence, documentaries and footage.

Those who receive money from a foreign power — one which is also the self-declared enemy of the Cuban Revolution — cannot be regarded as a simple opponents. They are mercenaries and counter-revolutionaries.
—–

7 thoughts on “Is There Really An Opposition In Cuba?”