HAVANA TIMES, July 11 — “Vincere” is the title of an Italian movie that was just shown at the Yara Cinema here in our capital. I wouldn’t have been interested in seeing it if I hadn’t read the synopsis: “We’re at the beginning of the 20th century and the young socialist revolutionary Benito Mussolini meets Ida Dalser…”

Mussolini, who initiated the fascist model and coined the term “fascism,” was indeed a revolutionary. At this stage in my life I shouldn’t be surprised to look at the past of a dictator and discover that he was a revolutionary leader who struggled for people’s well-being and social justice. History is full of leaders who have led struggles of the oppressed, people like Joseph Stalin, Mao Zedong and so many others.

They are always willing to give their lives (and those of others) to achieve victory over injustice. The problem is that generally the lives of those others are the ones lost, and later a question has to be asked: Who saves us from the leaders once they’re able to take power?

How does the metamorphosis of a leader into a dictator occur? Is there a way of diagnosing a potential dictator? Not all leaders become dictators, but most dictators (if not all of them) have been leaders.

All possess a special charisma, without the need for an attractive physical appearance. All have an astonishing mastery of the art of oratory, the capacity to praise and convince whoever listens to them. They always speak for the people and in the name of the people, and the female public tends to finds them fascinating.

What’s certain is that those former leaders, turn dictators, are terrified of the word freedom. It’s the first thing that disappears in a dictatorship. There is zero freedom of speech, zero freedom of the press, zero freedom of association. To demand freedom or at least a measure of this constitutes a subversive act, and act of betrayal.

But more than the leaders, what scares me most are those who follow them blindly, those who even end up suggesting that if the leader put their life in danger for them, he/she is somehow entitled to control their present and future.

I’ve seen documentaries in which Hitler appears electrifying the souls of the German people (in my humble opinion, barking like a dog). What astonishes me most — and even terrifies me — is to see the Germans fascinated, impassioned, beside themselves, applauding wildly and shouting “Heil Hitler.”

I saw one woman saying that the Führer had shook her hand, so everyone else in the village wanted to shake her hand because she had been touched by him. In a documentary on Mao Zedong, another woman explained that she didn’t wash her face for days after having been kissed on the cheek by Mao.

The movie Vincere shows archive footage of Mussolini delivering his speeches with ridiculous gestures that I can only describe as clownish. Nevertheless this clown spoke before an enormous fired up crowd of people who cheered him on.

Could it be that we like dictators and — even beyond that — that we need them? How do they succeed at coming to power and then maintaining themselves there for so long even though they end up contradicting themselves in their own speeches; even though today they make us hate supposed enemies though tomorrow they’ll transform them into friends? How do they remain in power even though they commit errors that cost millions of lives and they ruin whole countries?

And what is the responsibility of the people?

But at some moment the film takes us away from Mussolini to go into in the life of Ida Dalser, Benito’s lover from his socialist stage. She follows him in the political struggle, even when he becomes a fascist and sells everything he owns so that he can found his own newspaper: Il popolo D’Italia.

Ida “marries” Mussolini and has their first-born, Benito Albino, who is recognized by his father. The sole cloud that darkens this paradise is the small detail that Mussolini was already married.

When he finally leaves Ida, she doesn’t resign herself to that, in fact she questions him in public; she wrote letters to the king and even to the church (that same one with which Mussolini reconciled after having declared that God didn’t exist). 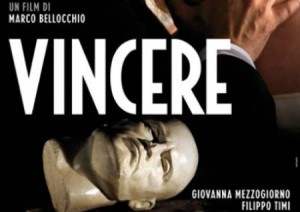 She writes to Mussolini even when they locked her in an asylum and stripped her of the custody of her son. She continued to insist that she was the wife of “Il Duce.”

Eventually she ended up believing that he would search for her and would punish everyone responsible for what was happening to her. Later she becomes convinced that he’s putting her through a test to prove her unconditional love.

If you’re still surprised that so many women in love allow themselves to be run roughshod over by their lovers and continue to justify their actions, think of how the faithful followers of the dictators (those former leaders) do exactly the same thing. Then you’ll realize how horrifying it all is.

4 thoughts on “Leaders Scare Me”