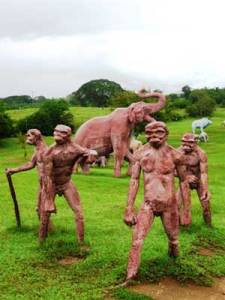 HAVANA TIMES — I’ve shared with the friends of Havana Times several stories about domestic violence, child abuse and other uses of brute force.

I can assure you that I’m not writing about this topic because I like it, I’d much rather talk about nice things, but unfortunately so goes the world around me, becoming more and more violent.

Sometimes I think that I repeatedly stumble onto violence because of living in one of the more marginal neighborhoods here in my city. Others tell me that it’s due to the low cultural level of the people around me, and on some days I’m sure such violent actions are the result of the dissatisfaction experienced by that population.

Today I simply think that people want to be like that so as to be in tune with the rest of the world. As we made such efforts to appear like other countries in terms of fashion and tradition, it seems that we also want to look like them in relation to violence.

I can’t say if this stems from a single cause or all of them at once, but what I can in fact assure you of is that these episodes involving anyone from an elementary school child to a retiree are becoming more and more frequent.

The incident that I’m sharing today started as an argument between several teenagers. I don’t know how it started or whether it was worth so much fuss, I just know that five or seven kids in the neighborhood jumped Jose, a kid who moved into our neighborhood a short time ago and caused some discomfort among others his age.

Although he was outnumbered, Jose defended himself like a Rambo. Amid all the shouts and cursing, the environment was becoming more tense.

More people came and joined in the conflict – some just wanting to look, others fanning the flames, and a few trying to defend the lone Jose.

When we thought it was all over, they again started to attack, while Jose continued defending himself like a wall.

They weren’t able to take him with their fists or punches, I thought, and it seemed that I wasn’t the only one who realized that. After a few moments his opponents began pulling out their knives and machetes. They weren’t content with overcoming him with their sheer strength, they needed to resort to weapons.

The brawl ended with Jose receiving serious stab wound injuries and seven boys — none of them over 17 — in prison.

What was saddest of all were not the wounds, which could have easily killed Jose, but that people like these can possibly take the life of anyone if we continue like this.