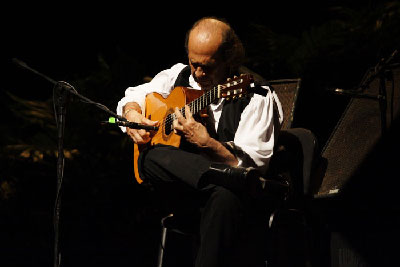 HAVANA TIMES — When I was fourteen, I got the crazy idea I wanted to learn to play the guitar. My parents didn’t have the money to buy me the instrument, so I decided to talk with Barbara, a friend of mine who lived in the building across the street and owned a Pablo Quintana guitar.

She had gotten the guitar for her birthday. Her parents were well-off, while mine were low-income. Though my friend wasn’t that interested in learning to play and had the guitar hanging on a wall in her room as a decoration, when I expressed my interest, she agreed to share the instrument so we would learn to play together.

The guitar came with a manual with basic lessons, those that end up giving us some blisters on our fingers and the needed dexterity to play.

We started playing following the instructions from the manual. After a few weeks, however, when I noticed the fingers on my right hand hurt terribly from practicing the C notes and my wrists were numb from repeating the exercises, I quickly grew tired of playing.

My friend insisted we kept at it a bit longer. The awkward routine we subjected ourselves to managed to beat us, and we had the idea of playing some cassettes with the music of famous guitarists, to see if we learned anything from it. Al Di Meola and Paco de Lucia were among them.

Paco de Lucia awakened special interest in me and made me curious about the kind of music he played, which was moving, sensual and happy at the same time. Later, I would attend a classical guitar concert held at Havana’s Amadeo Roldan theater. There, I practically ambushed the director at the theater entrance to ask him about the Spanish musicians. Seeing my interest, he gave me a number of recordings he had.

Every afternoon, we would sit down to listen to the music of Paco de Lucia in my friend’s mono tape player. At the time, we knew nothing of stereo recordings in Cuba. Even so, we would delight in listening to the rhythmic plucking of guitar chords, to the Aranjuez concert, his albums Fantasia flamenco (“Flamenco Fantasy”) and El duende flamenco (“Flamenco Elf”). My favorite of all, however, were La Barrosa (“Muddy”) and Entre dos aguas (“Between Two Rivers”) – the virtuosity that characterized them would almost make me feel the “strong touch” of his fingers inside me.

Years later, Paco de Lucia would visit Cuba and I attended his concerts, dying to hear that living wonder play, to see how he had incorporated the cajon (a Peruvian instrument) into traditionl Spanish flamenco to make this music even more rhythmical and original.

His last concert is the one I recall most vividly. A friend invited me to see his one night only performance at Havana’s Karl Marx theatre in October of last year. Even though we sat in the second balcony, the “hen house”, as it is popularly known, and the performers looked like ants to us, I was still taken away by his playing, by the way he manipulated his “soul mate”, like a tender lover who allows herself to be seduced and acquiesces to her creator-lover.

The great musician – and experimenter from the very beginning – combined flamenco and jazz and had brought a flamenco singer and dancer to the show. It was a strange confluence of Spanish tradition (of fidelity to its roots) and the desire to appropriate other musical traditions and fuse them together.

The emotions I felt that night took me back to that first guitar my young hands were unable to understand, the guitar that was the musician’s entire life. I won’t say “rest in peace”. I will, say, rather: “Play your guitar for eternity, from up high, for all of us who love you.”

One thought on “My Afternoons in Cuba with Paco de Lucia”