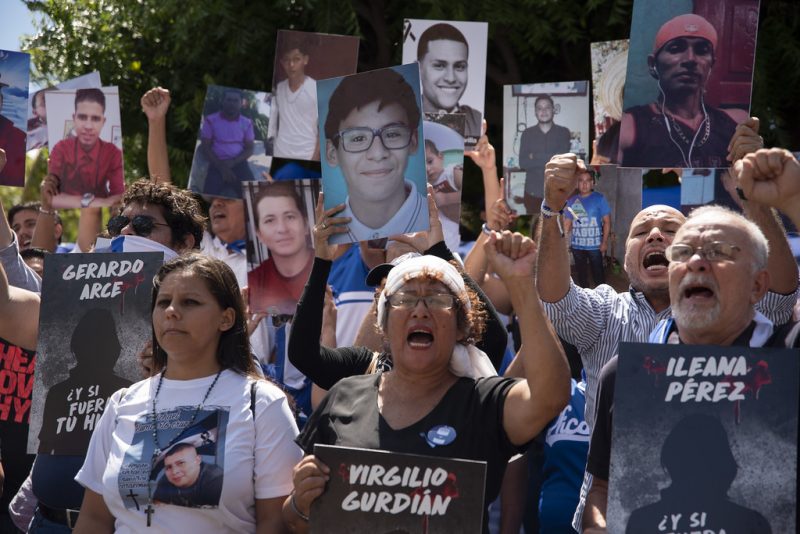 Almost twenty years after that survey and that report, we are far from fulfilling the dreams of Nicaraguans.

HAVANA TIMES – In the Nicaragua Human Development Report, presented in 2002, entitled “Conditions for Hope,” after having asked more than 7,000 people throughout the country about the country they dream of, most said: “to have institutions that would allow ensuring transparency and justice in public management to preserve democracy. Furthermore, they expressed their civic commitment to strengthen institutions and to contribute with their participation to the consolidation of democracy” (UNDP, 2002, 100).

However, after analyzing the changes that were already simmering in our country with the Aleman-Ortega pact (agreement), we warned: “The agreements signed by the majority parties in the National Assembly in February 2002 have weakened public institutions, subtracting their legitimacy vis-à-vis citizens.” (UNDP 2002, 113). And we recommended: “for democracy to fall in fertile ground, a change is required in the traditional manner of doing politics, through subscribing a contract to restructure the relationship between the State, society and citizens. The new contract should guarantee the transition to build institutions governed by laws, which would promote trust in the country and among Nicaraguans; facilitating control of citizen representation over government acts and encouraging political debate as a formula to settle differences.” (UNDP 2002, 114).

Almost twenty years after that survey and that report, we are far from fulfilling the dreams of Nicaraguans.

To the citizens demands and protests of April 18, 2018, the government responded in the way it has responded since the 2008 municipal elections, its mobs would take care of dissuading those who claimed their rights and those of their parents and grandparents. But soon it was able to notice that the situation was not the same as on previous occasions and resorted to paramilitaries and the police to stop what was envisaged as a storm of great proportions. Its justification was simple: a coup d’état of oligarchic groups supported by US imperialism.

However, citizens quickly realized that there were many with whom they shared the need for a change in the way of doing politics in our country and it is to this point that I want to refer to.

For reasons that would be long to enumerate, and, which could briefly be outlined: the pacts among leaders or better, between gang leaders, corruption, ambition, pulling the rug from under and closing spaces for emerging leaderships, the best decided to move out of the way. Thus, little by little, Nicaraguans drifted away from politics.

Politics understood as a right, which we believed established since Rousseu that politics had to be a matter of the people and for the people. We were leaving aside our dreams of having institutions subjected to the rule of law, capable of ensuring transparency and justice in public management to preserve democracy. Nothing is further from our reality today.

The Ortega-Murillo regime was very skillful and very early appropriated the word “people” and there we have one of the main problems. Almost without realizing it, from 2007 we met the “people president” embodied in Daniel Ortega. The citizenry gradually ceded, a blow here and a blow there, the exercise of politics exclusively to Ortega, his corrupt accomplices and his party. A party that was gradually stripped of its assemblies, committee, etc., reduced to a small group, following his dictates and those of his wife and spokesperson. With clear exceptions, and not less blows, a small group of citizens and women’s organizations, whose struggle for their rights were never relinquished, pointed at the risks of that model.

This is precisely what changed on April 18, that silent majority has begun to realize that politics is important, that it is paramount, and cannot continue exclusively in the hands of those to whom the regime provides the right to assume the representation of all Nicaraguans.

That is what we see every day, anyone in any group or meeting, be it of a social, family or work nature, or in social networks, feels the right to give an opinion, to express their opinion. Many of these people have lost their jobs, one of the latest, is the case of an outstanding athlete who dared to criticized bestowing a medal on the shadowy Police Commissioner Avellan.

This new interest in politics renews our hope. It is true that we lack practice in the exercise of democracy, and that compared with other countries in which democracy has been part of their lives or that been gradually recovering it, such as Chile, Argentina, Uruguay, Brazil, among others, we still have to substantially open ourselves in a more plentiful way to political debate.

Not infrequently, we usually resort to offenses, instead of arguments with which to respond, we appeal to personal aspects of the opponent, disqualifying him or her as a person and not responding or arguing their ideas or opinions. In this aspect of offenses, undoubtedly that person that has become the voice of the government (Rosario Murillo), and also its enforcer, is the winner. Not only has she discredited those whose opinions differs from hers with the worse insults (plagues, bacteria, and so on), now she is reserving for herself the right to say, these are and these are not Nicaraguans.

For these reasons, we need to be concerned and occupy ourselves again with politics, that young people see in politics a way to democratically exercise power, and in which all voices are heard, that we do not incur again in the foolishness of leaving politics in a few heads, that quickly forget that they are representatives and assume the role of owners not only of politics but of our lives.

That leaders be so for their capacity to convince us with their solid arguments and not because of the force with which they beat their opponents. That authoritarianism is not again the force that guides and directs the debates; that the ability to think critically allows us to see the difference between what is fundamental for democracy and what is accessory. Likewise, that we do not lose the north that the most important thing is to rebuild the conditions of hope, that we dream again of a country with democratic institutions, subject to the law and public scrutiny.

Undoubtedly, a hard task awaits us, the exercise of power that we have had as an example in our country, especially in recent years, has not left us precisely with good lessons. In all fields bad examples abound, it is enough to remember one of Ortega’s latest interventions, in which he clearly stated that, if the elections do not serve him to stay in power, that is, if his frauds are not accepted, of which there is sufficient evidence, they will have to resort to weapons, which is precisely what he is doing now. We can ask would it be possible for him to continue in power if he did not have an army or a police at his service?

Not even business people with all their economic power, have escaped Ortega’s desire to feel the owner of their lives and ranches, by threatening them to disclose information about their business dealings with Venezuela, something that, in a government of institutions, should have been a State policy and not an amusing concession from the president.

But there are also good examples. I always remember the famous phrase of Violeta Barrios de Chamorro, when asked what was she going to do with armed groups, instigated as we already know by whom, that from time to time would rise up in arms at the beginning of the nineties. Her answer was invariably: “we continue talking.” And that is the essence of democracy, to continue talking until we find a common ground and reach agreements there.

That aspiration of Nicaraguans, today renewed, of a country with democratic institutions, will only be possible to reach if we hold firm our banner that politics is an essential part of our lives, if those brave young people, men and women who call us today to mobilize maintain their interest in politics, care and ensure that political institutions respond to the interests of democracy, truth and justice.

Finally, if we make sure that, as states in the Human Development Report I referred to, “the promotion of equity and strengthening of democracy…constitutes a responsibility in which citizens and economic, social and political institutions should participate equally”. Never again should we leave this task in a few hands. Ending once again with Saramago: “the energies always return when hope returns.”