in the government’s handling of Covid-19 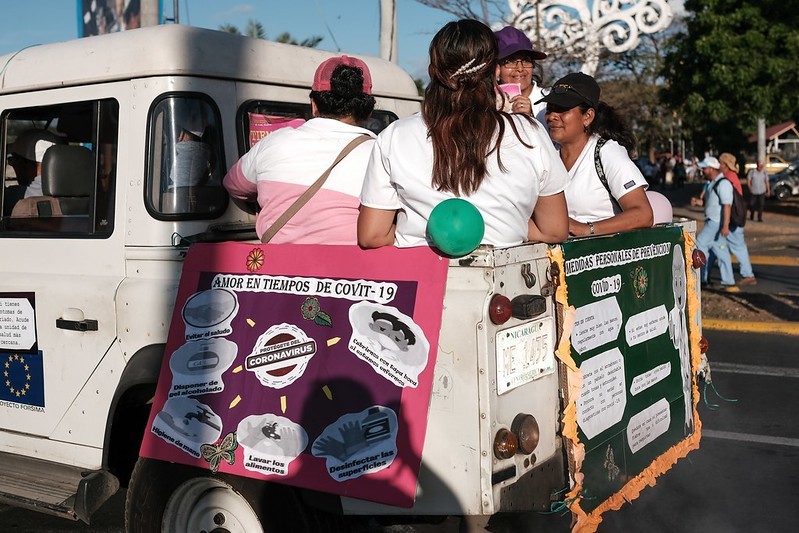 Instead of every man for himself, they opted for letting die whoever is going to die… even some of their most faithful guardians.

HAVANA TIMES – According to some voices, the Ortega dictatorship’s attitude towards coronavirus is an act of negligence for having allowed, despite all the warnings in the world, that the pandemic hit the Nicaraguan population with all its might.

However, judging by the government’s own arguments, there are no traces of any negligence, rather bad faith can be deduced, intent, a deliberate behavior of those who instead of showing a little empathy with the suffering of others, have behaved with the cruelty of psychopaths.

Negligence alludes to carelessness, a lackadaisical fulfillment of obligations that someone has assigned by laws or custom. In either case, the involuntary mistake that leads to malpractice is around. It is precisely the latter, the involuntary act, which is not observed in the behavior of the Nicaraguan Government in the face of the first planetary emergency that has devastated humanity in a century.

Instead, the governemnt has reacted with the cockiness of the neighborhood bully (“Love festival in times of Covid-19”), with contempt for the evidence (“it is the plague of the rich and the whites”) and with the obstinacy of the irresponsible (campaigns of house-to-house visits).

These deliberate acts exude bad faith, the deceitful action of who, knowing the evil they caused, have continued to practice it. There is intent in the concealment of information in circumstances that the population needed the most transparent information possible from the authorities to preserve their lives, to self-manage responsible behaviors at home and in public spaces.

There is bad faith, and in calculated amounts, in the prohibition that health personnel wear masks in hospitals, and even more so when medical specialists who are essential to fight the pandemic are fired.

Proof of bad faith is in the “White Paper” prepared by the regime, specifically between pages 27 to 32, which lists the measures taken to deal with the emergency: training nearly 160,000 “brigadistas” (volunteers) and 4 and a half million house-to-house visits, as if it were about making publicity and covering ponds in the neighborhoods.

But in none of the 75 pages of the pamphlet are arguments provided to justify the irresponsibility of organizing mass rallies and celebrations in the stages of incubation of the virus, just when the rest of the world practiced confinement and social distance.

These rallies, as we are still seeing today, were compulsory suicidal acts that [Ortega, Murillo and other] members of the dynasty were careful not to attend. Among other reasons because they knew very well that human beings are the worst vector of contagion and agglomerations are the best breeding ground.

The bad faith of endangering their own supporters and, by extension, others, hides the same logic of sending to kill used with more harshness starting in April 2018. The difference is that two years ago some shot and others died; in the former they were behind the guns and protected by impunity; in the latter were the protestors, behind the barricades, in the best of times with artisan mortars.

But this time with Covid-19, bad faith puts Moors and Christians in the same conditions. There are no rifles or laws to guarantee immunity against a virus as complex as it is unknown, no matter how much the killer’s propagandists claim to have a miraculous Cuban antidote.

The daily deadly trickle cannot be hidden by secrecy or censorship. Saturated hospitals and clandestine burials are at plain sight, even if they invent new ways of juggling to disguise the figures.

Nicaragua has reached the extreme that citizens, or even the dead, have no right to be considered at least a number. This penalty is not banal; it erases their lives and erases their deaths for having committed the sin of dying contradicting the official discourse.

The apparent reasons for official denial must be sought in esoteric invocations or in political calculations. The esoteric would correspond to a sort of supernatural protection that the country would enjoy, by virtue of which the virus would pass over Nicaragua; or to an invisible shield that would stop its attacks.

In the strictly political sense, we would be dealing with a reckoning to maintain alive the “invincible prestige” of the Government of Reconciliation and National Unity: assuming that the family and community health model should be enough to ward off all health threats. If it is accepted that the epidemic is infecting and killing thousands of Nicaraguans, it would be recognition that the model, and therefore the Government, have failed.

Both approaches have ended up colliding—as it should be—with science, particularly with doctors who have raised their voices in the face of the evidently inhuman handling of the crisis. In the pronouncements of May 7 and 27, doctors’ associations provided convincing reasons to change the policy against the epidemic, but the dictatorship’s response was the same as always when reality contradicts its plans: bad faith, viciousness, harassment and blind fanaticism.

The latest measures (the firing of highly qualified doctors, the sabotage of the funeral of Dr. Adan Alonso), confirm that the dictatorship has opted for the conscious annihilation of the population; not through carelessness, abandonment or neglect, but rather with precision and determination. In the words of a friend, instead of every man for himself, they opted for letting die whoever is going to die…even their most faithful guardians.

One thought on “Nicaragua: Bad Faith and a Desire to Betray the Population”