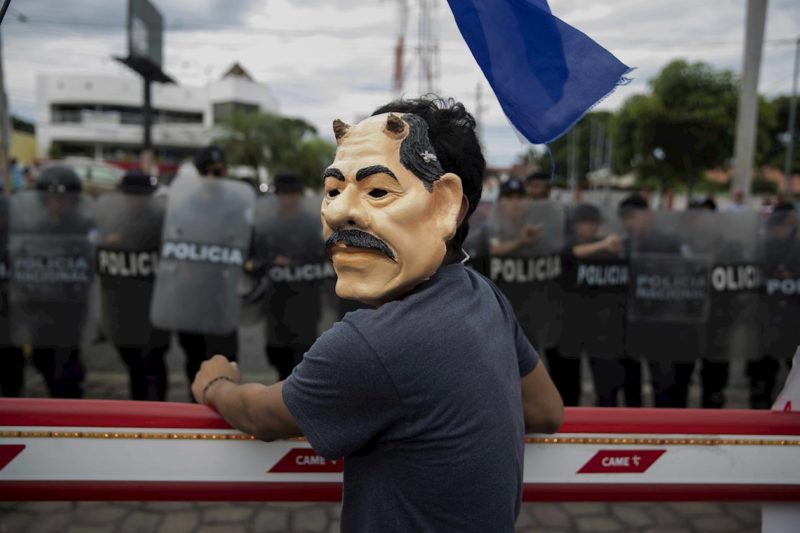 Fear of leaving power is spine-chilling. Then there’s the fear that you can’t engage in dialogue anymore, because you have nothing to offer; and the fear of free elections

HAVANA TIMES – Those at the bottom – that broad majority sector which holds the votes that will force this poor country to change – have lost their fear, as combative Monsignor Rolando Alvarez so aptly points out.

Those at the top who manage the threads of power backed by various armed bodies, and still possess sufficient economic resources to prolong the agony – have by force had to accustom themselves to living amidst countless fears.  Those fears inevitably multiply day by day, in the face of a powerful and effective civic resistance, which doesn’t need leaders like Achilles, but a joining together of consciences, of wills, and of hopes, like those who backed Ulysses.

Their fears can’t be concealed.  They leap so easily into view that you don’t need to be excessively astute to notice them.

Fear of free expression – something that Pelayo Castro, the new ambassador from the European Union, made certain reference to – is all too obvious. It’s the fear that a demonstration of the truth might bury the deception. It’s what has allowed us to be clear about all of the outrages committed, and when facilitated to the international organizations, it provides conclusive proof of what happened for the precision of their diagnostic studies.

Among the power circles, fear of the marches makes their hair stand on end. Each massive expression is a way of making graphic the growth of our rejection of a system so harmful that it’s reached the point of brutally eating away at our society and pushing it into a state of decomposition.

There’s the terrible fear of people shaking off their chains to move around freely. The blow to the jaw of the system produced by the explosion of April 18, 2018, unmasked the false paradise and provoked a peaceful rebellion that they haven’t been able to subjugate. This has obligated them to sleep with one eye open, alert for even the buzz of a mosquito that could possibly be a conspirator.

There’s the fear of respecting the laws, so constantly violated at whim as a consequence of the desperation; and the fear that’s been built up around distrust of those who surround you and who haven’t yet dared to shake off their extreme and exhausting submission, trapped by their complicity, stung by their own terrors. You can’t take your eyes off that group.

The fear of leaving power is spine-chilling. How can you do whatever you want without this? The fear of not being able to hold a dialogue because you no longer have anything to offer makes you feel disarmed, even when you’re surrounded by rifles and repressive apparatus never before witnessed in the history of Nicaragua.

There’s also the fear of elections that would be really free, aware of the existing imbalance. In equal measure, the fear of this fearless, patriotic and burgeoning youth, determined to follow the route needed to force a change.

There’s the fear of the demands and the examples of Sandino and Carlos Fonseca that torment them night and day; and the very darkest of the fears: that of seeing yourself in the mirror and not recognizing yourself.

How is it possible to live among so many fears?  That, in itself, is their prison sentence.