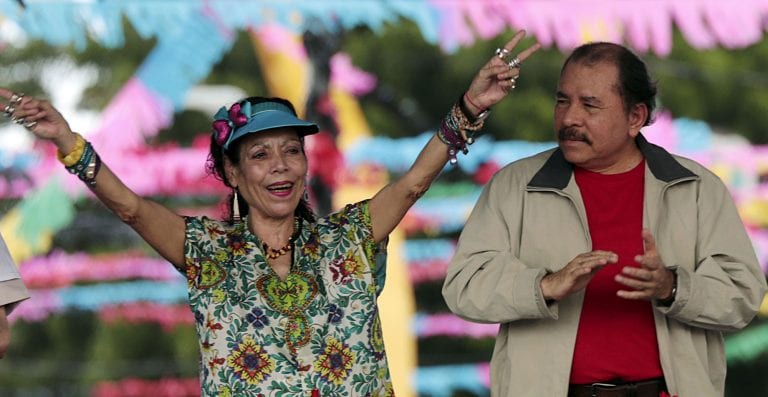 HAVANA TIMES – The disastrous consequences that the Ortega Murillo dictatorship will leave behind far outmatch those of past dictatorships of the country. No other dictatorship of Nicaragua’s modern history has reverted public discourse back as many centuries as this regime.

Among the countless calamities that the current dictatorship has heaped upon the country, the most mind-blogging is having reverted the country from the 21st century back to the middle ages.  The regime has transformed public debate of the current crisis into a fight against evil spirits and demons.

Rosario Murillo, the first lady and vice-president, is the main architect of this involution of public discourse to medieval times. Through her daily and tiresome radio broadcasts, Murillo has deployed a pseudo-religious discourse that has gone from exulting the supposedly “Christian, Socialist and Fraternal” character of her government to adopting a lexicon akin to that of infamous 15th century Catholic Church inquisitors like Torquemada, Diego de Landa and others.

In a recent appearance, Murillo called the protests against her regime an “alliance of demons” and said, “Christian faith had defeated evil”. She added; “We had demons on the loose, we had satanic rituals, we had an evil-spiritedness that left a trail of blood…”

There is a shocking contrast between the reality of the social protests in Nicaragua — a massive, peaceful, voluntary and novel movement though with precedents in past protests by feminists, peasants, students and youth supporting the demands of retirees – and the fundamentalist religious intolerance of the regime. The regime has actually condemned and killed protesters much like the Catholic Inquisition did with accused heretics.

There is also a stark contrast between the modern and completely reasonable demands of the Nicaraguan people and the deranged world of the regime. Protesters are demanding respect for women’s rights, environmental protection, social justice, right to education, right to protest peacefully, rule of law and are rejecting rampant governmental corruption. Compare this to the medieval worldview of the government, which has mischaracterized these perfectly legitimate 21st century demands, taken them out of their social and political context, and placed them in a delusional schizophrenic realm where rational debate and logic are banished.

In this way, what should be a secular national debate is an esoteric matter for Nicaragua’s mentally deranged rulers, who have misrepresented the civic protest against them as a fight against evil demons.