Extractivism, misogyny, nepotism, criminalization of protest … On the 39th anniversary of the Sandinista revolution that overthrew the Somoza dictatorship, we bring you the main reasons why social movements have risen up in Nicaragua against the Ortega government.

HAVANA TIMES – Daniel Ortega paints his leadership and government as a champion of the Latin America Left standing up to an onslaught of US imperialism and international and local capitalism, just like the situation during the war against the US backed “Contras” in the 1980s.

However, not everyone on the Left is buying the story. A lot has happened since Ortega lost the presidency in 1990 to Violeta Chamorro and 2007 when he managed to get another chance at running the country. He is currently in his third consecutive term, now with his wife and vice president, Rosario Murillo, running much of the day to day operations.

Pikara Magazine published a graphically extensive piece for July 19, the anniversary of the 1979 Sandinista revolution that toppled the dictator Somoza and held power until April, 25, 1990.  It outlines 19 reasons why, today, after over 100 days of protests and deadly government repression, the magazine believes Ortega and Murillo should relinquish power.

The following are the 19 reasons stated and their accompanying photographs:

1- Because he sexually abused his stepdaughter, Zoilamerica Ortega Murillo, for years

2- Because he forged a pact with corrupt former president Arnoldo Aleman, dismantling the country’s democratic institutions.

3- Because he allied with the church hierarchy and right-wing parties to criminalize therapeutic abortion.

4- Because he eliminated the special police commissions for women and dismantled law 779 against domestic violence; because there’s no justice for the victims of femicide or sexual violence and almost total impunity for the perpetrators.

5- Because he sold the country to a foreign consortium by approving the concession for an inter-oceanic canal (Law 840) which could deprive indigenous people and farmers of their lands and destroy our natural resources.

6- Because he reformed the Political Constitution, eliminating the prohibition of presidential reelection and the measure that blocked family members or spouses of the president, such as his wife Rosario Murillo, from election.

7- Because he has allowed the destruction of natural reserves such as Bosawas and Indio Maiz.

8- Because he constructed a government based on nepotism, with his children in key institutional posts, as consultants and as owners of communications media. 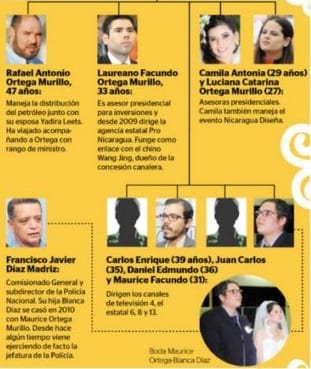 9- Because he negotiated and allowed the invasion of land colonists into indigenous territories, becoming an accomplice of the displacement and killings of the Miskito population.

10- Because he approved concessions to mining companies with foreign capital, without consulting with the people and despite the popular struggle against indiscriminate extraction.

11- Because he has hounded, defamed, repressed and threatened leaders and activists of the rural movements, the feminist movements and defenders of human rights.

12- Because he outlawed opposition political parties, illegally deposed deputies and mayors who didn’t obey him, and orchestrated electoral frauds that allowed him to remain in power. 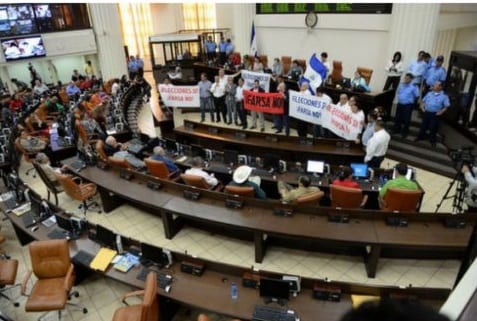 13- Because he obligates state workers to attend marches and FSLN party activities under threat of being fired, thus abusing the dignity of each person. 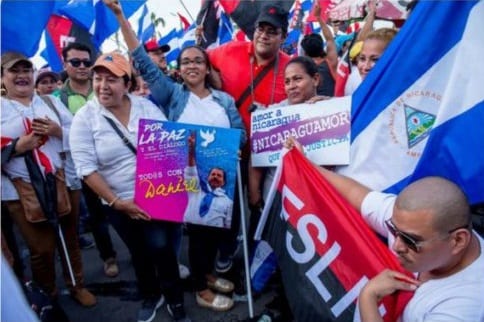 14- Because he promoted an inhumane and racist immigration policy that left thousands of Cubans, Haitians and Africans stranded on the country’s southern border, forcing many to risk their lives to cross (2015-2016). 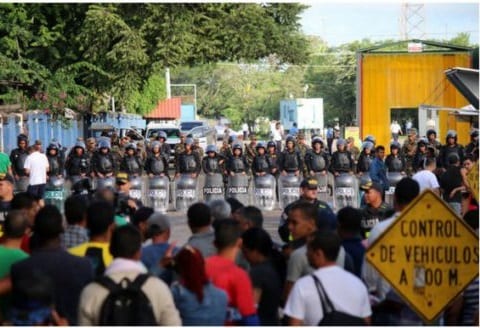 15- Because he looted the Social Security Institute (INSS), using its reserves as a petty cash box for the Ortega-Murillo family businesses and their allies. 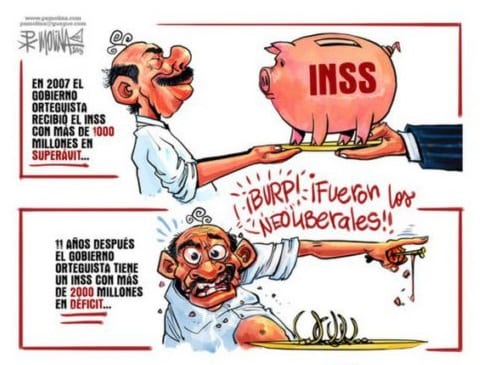 16- Because he hasn’t presented any accounts of the use of state resources or of the Venezuelan loans and foreign aid, using the money and goods of the state for his party and personal enrichment. 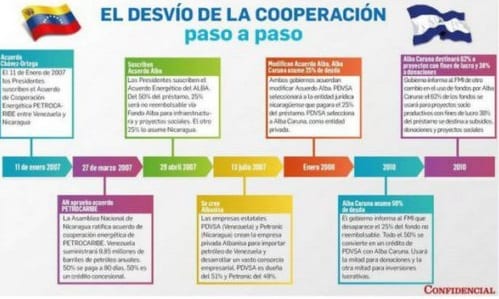 17- For promoting a network of dependent clients through the social programs that played with people’s hunger. 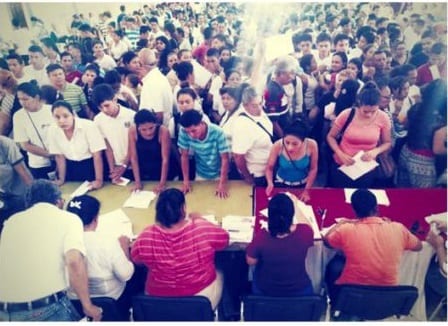 18- For genocide – because he has murdered students, indigenous peoples, farmers, children and women fighting for a free Nicaragua (2018). 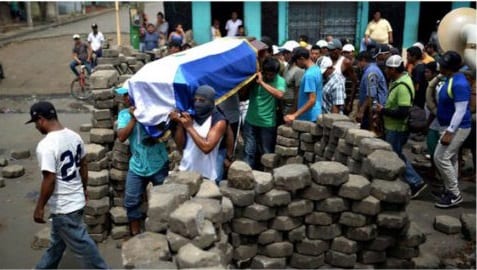 19- Because he has betrayed the Sandinista revolution and the blood of the heroes and martyrs who defeated the Somoza dictatorship. 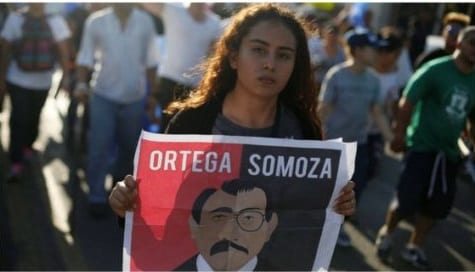 2 thoughts on “Nineteen Reasons Why Ortega Must Go”