HAVANA TIMES — A friend of mine who left the country recently told me that, after he’d earned a lot of money, he would treat me to silicone breast implants. When he told me of this “great gift”, I burst out laughing. Then, I asked myself: why would I want breast implants? Don’t I have my own breasts?

Big breasts are one of the attributes that have become established as a beauty standard in recent times. I recall that, in the 70s, small breasts were the norm and that some young women stopped using bras altogether. In the 60s, that was a sign of rebelliousness among women.

All fashion and beauty norms are a kind of straitjacket: whatever is out of style becomes inferior; whatever doesn’t abide by its precepts is considered an oddity.

The film The Mirror Has Two Faces, by actress and director Barbara Streisand, comes to mind now. One of the attitudes explored by the film is indifference towards physical beauty as a means of breaking with the terrible aesthetic imperatives that the mass media hammer into human minds, at times through subliminal messages that take root in the primitive recesses of the spectator’s mind, who is unaware the entire process has only one aim: selling an image, selling a product. 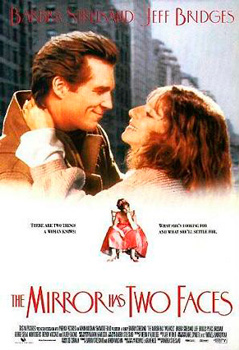 This is the most effective and surreptitious way of corrupting spiritual and human values, because it goes unnoticed. One gets a sense of the strategy even in lingerie products: bras now come with stuffing that make breasts rounder and allegedly give the female figure greater elegance. When women undress, they cease to have “perfect breasts.”

No one is happy with their bodies. Oriental women have undergone surgery to get rid of the slant in their eyes. There are implants for different parts of the body that entail serious surgical risks and even threaten the lives of patients (recently, a famous French model died while having buttock implants and a huge scandal was sparked off by the use of a dangerous silicone substitute in the breast implants of a large number of women).

Why not create educational programs here in Cuba that counter all of this publicity we are spoon-fed on television, magazines and beauty establishments, where we are taught to appreciate the uniqueness of each individual, where spirituality, not competition, can help us preserve human values that have elevated the human race for millennia?

3 thoughts on “No to Silicone Implants: The Struggle for Individuality”