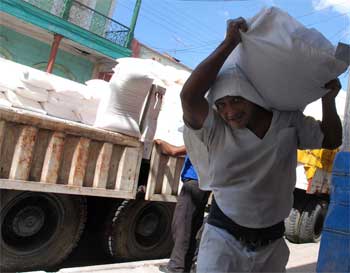 HAVANA TIMES — These proposals were submitted to public opinion in January 2011, a few months before the Sixth Congress of the Communist Party of Cuba.

As an economic task of the present stage, priority must be given to the development of production relations of free association of the cooperative/self-management type. Intrinsic to socialism (though not the sole ones), these are necessary to rapidly improve the general well-being of the people.

– This would prevent the advance of capitalism and at the same time the economy would flourish rapidly, since people would work enthusiastically, without any kind of imposition, and would be able to meet their rational needs. This would move progressively towards eliminating all forms of exploitation of people by people – a major goal of all socialists of all periods.

– With the gradual advance of the production relations of free association of the cooperative/self-managerial type, the collectivist, democratic, solidary, libertarian and humanist principles inherent in this form of ownership, management and distribution would proceed to transfer the functioning of the new society and all institutions of the superstructure, leading to a new social consciousness.

Freely associated relations of production of the cooperative/self-managerial type are characterized by:

1) the freely associated workers themselves, as owners or as usufructuarios (users) of the means of production, self-“exploiting” their workforce,

2) democratically administering their productive affairs (controlling costs, planning and election of management) and

3) controlling and distributing the surplus labor or surplus product, before surplus value, allocating one part for the reproduction of the entity; another part for social security contributions, budgeted activities and plans for overall development; and dividing the rest equally for direct consumption by the workers. The cooperative is a form of ownership and association, and cooperativism is a form of organizing the management and distribution in the cooperative. 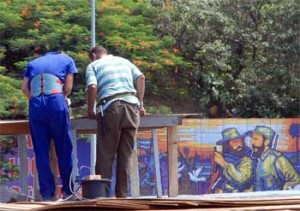 – So that the power of the workers and the people can become real and make effective the development and expansion of new typically socialist relations of production, it is necessary that the means of production, resources and financing — now in the hands of the bureaucracy — be progressively transitioned and controlled by different levels of people’s power, the nation, region, community, labor collectives and individuals.

As property/ownership is referred to according to the way it’s operated, state wage-labor ownership must gradually be replaced with socialist ownership by the entire public, workers collectives and social groups.

– Especially important will be the development of all types of cooperatives — of production, services and consumption — released from all existing state restrictions on the acquisition of resources, the imposition of production plans and prices. Instead, these should be the result of discussions between the producers and consumers.

Here, we’re referring to real cooperation and not those that have been known so far in agriculture under state tutelage, in which the government controls — indirectly — everything from management to what should be planted, sales prices and even the incomes of the cooperative’s workers.

Effective and preferential support by the state to the entire cooperative system through all types of assistance (credits, low taxes and others) is one of the guarantees of the advance to socialism.

– The concrete forms of socialist ownership — whether co-managed, self-managed or co-operative companies; whether the company as such is owned by the respective state level while use granted to the workers; whether the cooperative is owned by the workers or is jointly owned along with foreign companies, or diverse variations of these — will depend on the specific interests of the labor collectives and social groups, as well as the significance of the company to the general interests of the nation or the municipality. 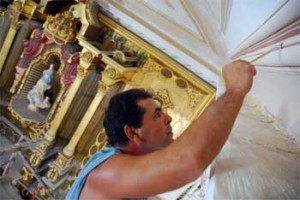 – A body of laws must be created with respect to all of this. This would include a new law of the socialist enterprise and a new cooperative law. But whatever the forms of ownership, the tendency should be that the operation of these properties be on an autogestionaria (self-managerial) basis.

This would good well beyond the autonomy that is currently defended by the party leadership in their economic guidelines, which does not involve workers’ control over the management, administration or the distribution of a portion of the profits, and which maintains the exploitation of wage-labor.

– All these forms of ownership should be developed and would tend to integrate into a territorial, sectoral or branch forms of organization (such as unions of cooperatives and other associations) to form larger more powerful or more comprehensive groups, as appropriate. Any such arrangements would be democratically decided upon by their workers and corresponding state level authorities in co-managed companies. As this coalition converts into a grand union of self-managed associations, measures would need to be established making these indivisible and un-saleable, and that would require their merging or joining with other companies be subject to law.

– Institutions of public health, higher education, culture, recreation and so on, would function autonomously in the interests of the municipalities, the nation and the people as a whole, under control of their workers and all those affected by their operation.

Their budgets would be funded from both national and municipal sources, as well as from the revenue they would generate from their own operations. Their practices would determine the levels of state assistance. This autonomous status would allow them to manage their own finances and their work collectives would democratically elect their directors.

7 thoughts on “Proposals to Advance Socialism in Cuba”