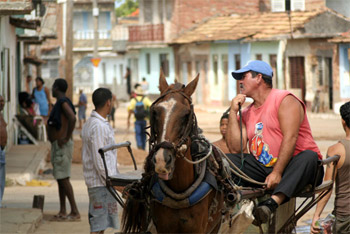 HAVANA TIMES — Is it proper for a citizen of the imperialist United States to set forth an article suggesting how Cubans might modify their form of socialism? I believe it is. Socialism is a worldwide movement; and what fails or succeeds in the land of Marti has implications for every country on the globe, as well as for all future generations.

Still, the propriety of doing so needs a further word. Why should such a citizen even bother? The reason is straight-forward: What can be made to work in Cuba would be a highly-visible example, and would allow the people of the United States, Canada, Mexico and every other country to understand how to reorganize their own countries along socialist lines. Given the present-day economic breakdown and environmental catastrophe of monopoly capitalism, this could transform the world in short order.

Conversely, what does not work in Cuba discredits socialism before the peoples, and has an opposite, anti-transformational effect.

Let us start from the beginning and try to review the theoretical underpinnings of our worldwide movement.

What exactly is socialism? Once we poise this question however, the intellectual quarrel begins and we are right back to the contentious present. Let us begin therefore by simply asking, “What is post-capitalism?”

As long as we stay with this more neutral nomenclature, the contentious juices are held somewhat at bay, and we may ascend into the stratosphere of the objective voice.

In the early- and mid-1800s, when thinkers and activists were first trying to conceptualize the nature of post-capitalism, there were various theories. Not only were the attributes of post-capitalism under debate, but also the manner by which such a society might be achieved. The latter problem was clarified by the Bolsheviks with the conquest of political power in 1917, and their ensuing attempt to build post-capitalism under extremely difficult conditions. The former problem however is still fogged in.

It became clear through the Bolshevik Revolution that the essential question of post-capitalism is the achievement of state power by a sincere, transformation-minded political party.

Such power however, speaking theoretically, might be achieved in various ways—workers’ insurrection; military coup; foreign military imposition; even democratic winning of the people and constitutional mandate—but the old, capitalist state must be superceded, and a new, transformationary state power must be put in its place. Post-capitalism otherwise will remain but an amorphous dream.

No one would argue of course that 1918 Russia, with regard to its economic mode of production, was a “socialist” country. Judging by its mode of production and level of industrial development, Russia was still very much capitalist. Even so, something fundamental had changed. A political party now had state power in its hands and, as Lenin indicated, they were setting out to build a post-capitalist society. 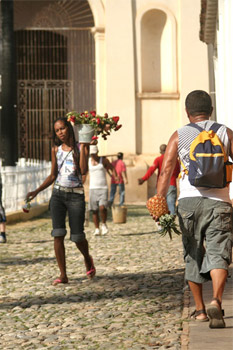 Post-capitalism should be seen therefore as a society in which a transformation-minded political party is in the driver’s seat. The social vehicle itself might be positioned in capitalistic terrain—or in some sort of intermediary, dysfunctional, choked-by-bureaucracy terrain—but because the driver is now intending to head in a different direction, toward an entirely different goal, representing entirely different class interests, the country might accurately be characterized as post-capitalist.

According to this criterion, Cuba, China, Vietnam and even North Korea would fit the technical description as being “post-capitalist” countries.

This is a critical point. If we are unable to distinguish between state power, on the one hand, and the prevailing economic mode of production, on the other, we may come to absurd conclusions. We might look at China and scream “Capitalism!” We might look at bureaucratic Cuba and scream “State Capitalism!” This of course is precisely what many in the world have done and are doing.

What is certain is that the essential question of post-capitalism is the existence, or non-existence of state power in the hands of a political party that, at least intentionally, is attempting to build post-capitalism. Cuba therefore would be post-capitalist, for the PCC holds state power.

This does not mean however that the PCC is driving the social vehicle 100% correctly, or in the appropriate direction. It knows that it wishes sincerely to get to the goal of a classless society, but it has broken down and is sitting alongside the highway, so to speak.

The original, 1800s movement for post-capitalism coalesced around a specific political program.

This divided itself naturally into two parts—strategic and tactical.

The strategic program was the economic, social and cultural concept of reorganization for when the working people should come into possession of state power. It was popularly called the maximum program, and was to be the set of measures the new government was supposed to undertake, in order to transform society away from a capitalistic mode of production, and toward a classless future. 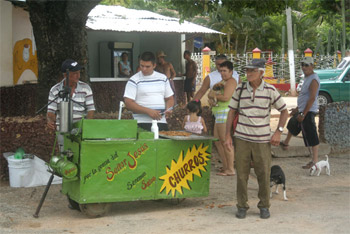 Post-capitalism may be defined therefore as that period in which the working people’s transformation-minded political party—by whatever means—comes into possession of state power and, with the support and active participation of the productive classes, builds a perhaps several-generations bridge to a society without class distinctions of any kind. Along with the diminution of social classes, it is expected that the coercive elements of the state apparatus also wither away, and that social co-ordination ultimately is achieved by non-coercive, democratic civil administration.

The tactical program, which was also known as the minimum, was and is the set of measures the political party which aspires to post-capitalism ought to take, in order to establish a new state power and a new democratic socialist republic.

But there is no need for a traditional minimum program in Cuba. The Cuban people demolished the old capitalist state under the leadership of Fidel and the 26th of July Movement; and the arrogance and attacks of the United States government ensured that the new republic would develop in a post-capitalist direction.

When we speak of “reforming” or “perfecting” the Cuban model of post-capitalism, we are speaking of the tweaking of the strategic, maximum program of social transformation. The past half-century has been an experience of enormous social and political achievements. Revolutionary Cuba has literally altered the course of world history.

In speaking of reforming or perfecting the Cuban model therefore, we are not disparaging the enormous accomplishments of the PCC leadership. We are participating in a collective think-tank to iron out the wrinkles, make certain necessary repairs, and hopefully get the Cuban vehicle back on the dynamic road to a highly prosperous, classless society. (Please pardon the mixed metaphor.)

Cuba seems to have made, around 1968, the same well-intentioned error as was made by China, around 1959, under Mao Zedong. The traditional socialist theory as to what constitutes true post-capitalism—that is, the building of a several-generations bridge to a classless society—was to concentrate ownership and control of all the instruments of production in the hands of the state. The PCC, under the prodding of the USSR, plus traditional theoreticians within the PCC, nationalized almost everything productive in sight, including the land.

If we look at what has occurred in Cuba with a scientific frame of mind, we must look at it as an experiment. (Science is based on experimentation, and indeed, the so-called Scientific Method is universally acknowledged as, first, the putting forward of a hypothesis; and second, its subsequent testing through a series of experiments.)

Yes, there has been a half-century experiment in Cuba, and this has been conducted around a certain specific hypothesis. The first step in reforming or perfecting the Cuban model therefore should be to analyze the results of the experiment to date. It must be decided whether the traditional hypothesis has been proved true, false, or false, but partially true.

Let us formulate the original hypothesis as monopoly state ownership of all the instruments of production. We would argue that this hypothesis—assuming that we have formulated it correctly—has been proved over a half-century to be the last of the three possibilities, that is, as false, but partially true.

The reforming or perfecting of the post-capitalist model in Cuba requires therefore a new hypothesis for continuation of the process of experimentation. This is where we descend in altitude from the objective voice to the tendency voice. That is, we now must re-enter the lower atmosphere of political debate, and we all have our opinions. 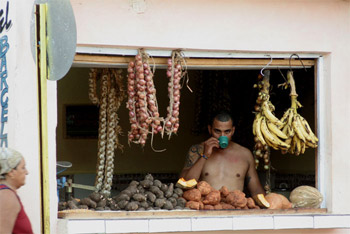 There is however a way to guide our collective discussion as to the proper new hypothesis for the further post-capitalist experiment in Cuba. I believe what will work in Cuba will also work in the United States, and in every other country.”  If we keep this “reality check” in mind, it should help us stay out of the swamp.

In the United States a new hypothesis for post-capitalism has been formulated by a tiny group of transformationary iconoclasts. We suggest that the PCC and others around the globe should take it into consideration.

The core idea is that the post-capitalist state need not own everything productive in sight; it can co-own significant industry and commerce silently and partially with working cooperative associates on the Mondragon corporation model. This would allow the socialist state to receive enormous quarterly distributions from a dynamic economy, and not be burdened with the day-to-day administrative responsibilities of running enterprise. At the same time, it would allow the small bourgeoisie to develop and participate enthusiastically in the socialist, bridge-building process.

On the basis of this natural economic democracy—which, by the way, would retain and utilize the historically-evolved institution of private property rights, plus a socialistically-conditioned trading market—social and political democracy would have a chance to arise and ennoble society.

Progress toward a classless society, under the new hypothesis, would be based on broad, democratic ownership of productive enterprise, and the economic and cultural merging of class elements, not on the pre-mature abolition of private property rights.

The new hypothesis we recommend for the further post-capitalist, strategic experiment in Cuba, concisely stated, would be modern cooperative, state co-ownership socialism.

18 thoughts on “Rethinking post-capitalism in cuba”